Cynthia McFadden is a television journalist who is currently the senior legal and investigative correspondent for NBC News. She was an anchor and correspondent for ABC News who co-anchored Nightline, and occasionally appeared on ABC News special Primetime. She was with ABC News from 1994 to 2014 and joined NBC News in March 2014.

Most recently on "Primetime," McFadden reported and anchored two hours on the lives of children in America. The first was a ground-breaking documentary ("Family Lost, Family Found" June, 2005) following three children being raised by their grandmothers in Newark, New Jersey. The documentary was shot over a four year period and provided intimate portraits of these children and their grandmothers' lives.

The second hour ("The War Over Kids "July, 2005) was the first time network cameras were allowed inside family court for an extended look at the children whose lives are forever changed by what happens there. In Louisville, Kentucky two children were followed over nine months as their parents, social workers and judges struggled with where the children should live.

McFadden occasionally substituted for Ted Koppel at "Nightline" and has also reported for that broadcast prior to assuming co-anchor duties. In July, 2005 in the wake of the London bombings, McFadden went to Pakistan for an exclusive interview with President Pervez Musharraf. The "Nightline" report also provided rare access to the Pakistan's Security Counsel.

In October, 2005 McFadden provided two exclusive reports for "Nightline" on the U.S. government's attempts to secure loose nuclear materials and weapons both domestically and abroad.

In her role as ABC News' senior legal correspondent, McFadden covered a wide range of stories from the Justice Department and the Supreme Court. She also reported on legal cases from O.J. Simpson to Martha Stewart, Kobe Bryant, Elizabeth Smart, Laci Peterson and Michael Jackson breaking numerous stories on this beat.

In 2004, McFadden served as the legal editor and narrator of the ground-breaking ABC News documentary series "In the Jury Room," which chronicled six homicide trials from a unique, "fly-on-the-wall" perspective. The series made television history by becoming the first program to show jury deliberations in a death penalty case. McFadden was also the narrator of the precursor to "In the Jury Room," the 2002 documentary series "State v."

Also in 2004, she co-anchored and reported (with Robin Roberts) an hour long documentary on school integration 50 years after Brown v. School Board. The program has won several awards including the first place documentary from the N.Y. Association of Black Journalists.

McFadden's other "Primetime" reports have included an exclusive interview with Osama bin Laden's pilot; a ground-breaking report on gays in the military; an in-depth analysis of physicians serving as HMO providers despite having been disciplined for wrong-doing; an exclusive investigation and interview with the man who claims to be the sole attacker in the Central Park Jogger rape case; and an explosive hour-long investigation into a Massachusetts facility that routinely and voluntarily released violent sexual predators who preyed on children after getting out.

McFadden led the first investigation by a major news organization into one of America's darkest secrets: the forced sterilization of 60,000 to 100,000 American citizens; provided two award-winning, exclusive reports on the trafficking of women into sexual slavery — one in Israel and the other in India where children are sold; provided a disturbing look at the horrifying conditions inside two Mexican government institutions for the mentally ill and retarded (which led to a nation-wide over-haul of the system); she tracked five accused murderers to their hiding places in El Salvador where she interviewed two of them and investigated the use of female contraceptives to treat convicted rapists.

In addition to many important newsmakers, McFadden has interviewed such celebrities as Madonna, Cher, George Clooney, Tony Bennett and Alicia Keys.

Her 1996 one-hour special "Judgment at Midnight" was the first time cameras were ever allowed on any death row cell block to document the final weeks of one inmate's life. The broadcast was accorded tremendous critical acclaim and numerous awards.

In January of 1999, McFadden anchored the award winning ABC News special, "Target America: The Terrorist War," in which she reported on the African Embassy bombings.

Previously, McFadden had been an anchor and senior producer at the Courtroom Television Network, beginning with the network's inception in 1991 where she anchored live coverage of more than 200 trials, among them the William Kennedy Smith rape trial, the Menendez brothers' murder trial and the Rodney King trial.

From 1984 to 1991, McFadden was the executive producer of Fred Friendly's Media and Society seminars based at ColumbiaUniversity. More than 30 of her programs were broadcast on PBS, including series on ethics, the military, terrorism and the Presidency.

McFadden's other awards include: the George Foster Peabody Award, an Oversees Press Club Award, six Cine Golden Eagles, the Ohio State Award, two Silver Gavels from the American Bar Association, the Grand Award of the New York Festival, and the Blue Ribbon of the American Film Festival. While at Court TV, she was twice nominated for the CableACE's Anchor of the Year.

Contact a speaker booking agent to check availability on Cynthia McFadden and other top speakers and celebrities. 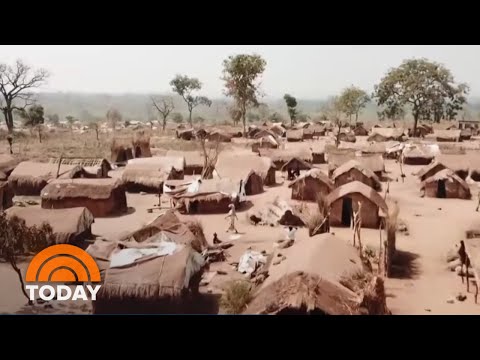 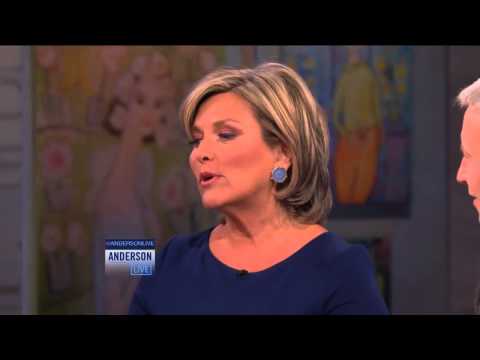 Cynthia McFadden Used to Work at McDonald's
See All Videos »

How to book Cynthia McFadden?

Our booking agents have successfully helped clients around the world secure talent like Cynthia McFadden for speaking engagements, personal appearances, product endorsements, or corporate entertainment for over 15 years. The team at All American Entertainment represents and listens to the needs of organizations and corporations seeking to hire keynote speakers, celebrities or entertainers. Fill out a booking request form for Cynthia McFadden, or call our office at 1.800.698.2536 to discuss your upcoming event. One of our experienced agents will be happy to help you get pricing information and check availability for Cynthia McFadden or any other celebrity of your choice.

How much does it cost to book Cynthia McFadden?

Booking fees for Cynthia McFadden, or any other speakers and celebrities, are determined based on a number of factors and may change without notice. Pricing often varies according to the circumstances, including the talent's schedule, market conditions, length of presentation, and the location of the event. Speaker fees listed on this website are intended to serve as a guideline only. In some cases, the actual quote may be above or below the stated range. For the most current fee to hire Cynthia McFadden, please fill out the booking request form or call our office at 1.800.698.2536 to speak with an experienced booking agent.

Who is the agent for Cynthia McFadden?

All American Entertainment has successfully secured celebrity talent like Cynthia McFadden for clients worldwide for more than 15 years. As a full-service talent booking agency, we have access to virtually any speaker or celebrity in the world. Our agents are happy and able to submit an offer to the speaker or celebrity of your choice, letting you benefit from our reputation and long-standing relationships in the industry. Fill out the booking request form or call our office at 1.800.698.2536, and one of our agents will assist you to book Cynthia McFadden for your next private or corporate function.

All American Speakers is a "buyers agent" and exclusively represents talent buyers, meeting planners and event professionals, who are looking to secure celebrities and speakers for personal appearances, speaking engagements, corporate entertainment, public relations campaigns, commercials, or endorsements. We do not exclusively represent Cynthia McFadden or claim ourselves as the exclusive booking agency, business manager, publicist, speakers bureau or management for Cynthia McFadden or any other speaker or celebrity on this website. For more information on how we work and what makes us unique, please read the AAE Advantage.

Cynthia McFadden is a keynote speaker and industry expert who speaks on a wide range of topics . The estimated speaking fee range to book Cynthia McFadden for your event is . Cynthia McFadden generally travels from and can be booked for (private) corporate events, personal appearances, keynote speeches, or other performances. Similar motivational celebrity speakers are Viola Davis, Amy Poehler, Amy Schumer, Rashida Jones and Julia Louis-Dreyfus. Contact All American Speakers for ratings, reviews, videos and information on scheduling Cynthia McFadden for an upcoming event.

Co-founder of Gizmodo and of Engadget

Author & Columnist; Writes on The Intersection of Commerce & Culture

Actor, Comedian & Writer; Known for his Role in "Children's Hospital" and "Transparent"

Head of Diversity & Inclusion at Twitch