An accomplished actor and stage director, Phylicia Rashad became a household name when she portrayed Claire Huxtable on The Cosby Show, a character whose enduring appeal has earned her numerous honors and awards for over two decades. She has appeared as Carol on NBC’s This Is Us (2019 and 2020 Emmy nominations), Diana Dubois on the popular Fox TV series Empire, and as Dr. Woods-Trap in Tarrell Alvin McCraney's Peabody Award-winning series David Makes Man, on the OWN Network. While television was a catalyst in the rise of Rashad's career, she has also been a force on the stage, appearing both on and Off-Broadway, often in projects that showcase her musical talent such as Jelly's Last Jam, Into the Woods, Dreamgirls and The Wiz*.

In 2016, Rashad was inducted into the Theater Hall of Fame and received the 2016 Lucille Lortel Award for Outstanding Leading Actress in a Play for her performance as Shelah in Tarell Alvin McCraney's Head of Passes at the Public Theater, a role which she reprised at the Mark Taper Forum in Los Angeles. Rashad performed the role of the Duchess of Gloucester in Richard II, the 2020 Shakespeare on the Radiocollaboration between The Public Theater and New York public radio station, WNYC.

Rashad received both the Drama Desk and the Tony Award for Best Actress in a Play for her riveting performance as Lena Younger in the 2004 Broadway revival of Lorraine Hansberry’s A Raisin In The Sun. Among Rashad’s film credits are Creed and Creed II, Just Wright, and Tyler Perry's Good Deeds, For Colored Girls Who Have Considered Suicide When The Rainbow Is Enuf and the 2020 release, A Fall From Grace. Recent film projects include Black Box, the animated Pixar fantasy, Soul, and the Christmas musical, Jingle Jangle.

Rashad made her critically acclaimed directorial debut at the Seattle Repertory Theater with August Wilson's Gem of the Ocean. She has also directed Stephen Adly Guirgis’ Our Lady of 121st Street at the Signature Theatre, The Roommate at Steppenwolf Theatre, Ma Rainey’s Black Bottom and Joe Turner’s Come and Gone (2014 NAACP Theatre Award for Best Director) at the Mark Taper Forum, Immediate Family at the Taper and Goodman Theatre, Fences at the Long Wharf Theatre and McCarter Theatre, A Raisin in the Sun at Ebony Repertory Theatre, Kirk Douglas Theatre, and Westport Country Playhouse, and Four Little Girls at the Kennedy Center. She will direct an upcoming revival of Charles Randolph Wright’s Blue in New York in 2021.

Respected in the academic world, Rashad has conducted Master Classes at many colleges, universities, and arts organizations including Howard University, New York University, Carnegie Mellon, The Black Arts Institute of the Stella Adler Studio of Acting, and the prestigious Ten Chimneys Foundation established at the Alfred Lunt and Lynn Fontanne Estate. Ms. Rashad also holds the distinction of being the first recipient of the Denzel Washington Chair in Theatre at Fordham University.

Rashad also serves on a number of prestigious boards including Brainerd Institute Heritage (which is steering the restoration of Kumler Hall at the historic site of Brainerd Institute in Chester, South Carolina) and DADA-he Debbie Allen Dance Academy.

Contact a speaker booking agent to check availability on Phylicia Rashad and other top speakers and celebrities. 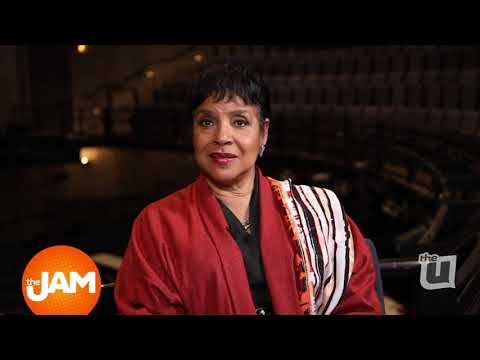 Phylicia Rashad Opens Up About 'The Cosby Show'

Phylicia Rashad and Kenny Leon on Their Special Relationship

How to book Phylicia Rashad?

Our booking agents have successfully helped clients around the world secure talent like Phylicia Rashad for speaking engagements, personal appearances, product endorsements, or corporate entertainment for over 15 years. The team at All American Entertainment represents and listens to the needs of organizations and corporations seeking to hire keynote speakers, celebrities or entertainers. Fill out a booking request form for Phylicia Rashad, or call our office at 1.800.698.2536 to discuss your upcoming event. One of our experienced agents will be happy to help you get pricing information and check availability for Phylicia Rashad or any other celebrity of your choice.

How much does it cost to book Phylicia Rashad?

Booking fees for Phylicia Rashad, or any other speakers and celebrities, are determined based on a number of factors and may change without notice. Pricing often varies according to the circumstances, including the talent's schedule, market conditions, length of presentation, and the location of the event. Speaker fees listed on this website are intended to serve as a guideline only. In some cases, the actual quote may be above or below the stated range. For the most current fee to hire Phylicia Rashad, please fill out the booking request form or call our office at 1.800.698.2536 to speak with an experienced booking agent.

Who is the agent for Phylicia Rashad?

All American Entertainment has successfully secured celebrity talent like Phylicia Rashad for clients worldwide for more than 15 years. As a full-service talent booking agency, we have access to virtually any speaker or celebrity in the world. Our agents are happy and able to submit an offer to the speaker or celebrity of your choice, letting you benefit from our reputation and long-standing relationships in the industry. Fill out the booking request form or call our office at 1.800.698.2536, and one of our agents will assist you to book Phylicia Rashad for your next private or corporate function.

All American Speakers is a "buyers agent" and exclusively represents talent buyers, meeting planners and event professionals, who are looking to secure celebrities and speakers for personal appearances, speaking engagements, corporate entertainment, public relations campaigns, commercials, or endorsements. We do not exclusively represent Phylicia Rashad or claim ourselves as the exclusive booking agency, business manager, publicist, speakers bureau or management for Phylicia Rashad or any other speaker or celebrity on this website. For more information on how we work and what makes us unique, please read the AAE Advantage.

Phylicia Rashad is a keynote speaker and industry expert who speaks on a wide range of topics including College, Black Heritage and Health. The estimated speaking fee range to book Phylicia Rashad for live events is $50,000 - $100,000, and for virtual events $30,000 - $50,000. Phylicia Rashad generally travels from San Francisco, CA, USA and can be booked for (private) corporate events, personal appearances, keynote speeches, or other performances. Similar motivational celebrity speakers are Mayim Bialik, Daymond John and LeVar Burton. Contact All American Speakers for ratings, reviews, videos and information on scheduling Phylicia Rashad for an upcoming event.

Phylicia Rashad Opens Up About 'The Cosby Show'

Phylicia Rashad and Kenny Leon on Their Special Relationship

Phylicia Rashad Talks Self Esteem, Learning to Love Herself & Her New Show

Executive Producer & Host of This is Life on CNN