Cathleen Falsani immediately captivates her audience with her energetic passion and natural humor as she draws them into her deep pool of knowledge. She brings cultural relevance, spiritual depth, and firsthand experience to her topics.

An award-winning religion journalist and the new Faith & Values columnist for the Orange County Register in Southern California, in the context of faith, Cathleen has interviewed and written about many world-renowned personalities. From Bono, Anne Rice, and Barack Obama to Elie Wiesel, John Patrick Shanley, and Hugh Hefner, each has opened up to Cathleen about the most intimate parts of their life—what they believe, what they don’t, and why. Her writing offers a fresh, occasionally controversial, and always illuminating look at the beliefs that shape our culture and our lives.

A Connecticut native and granddaughter of Italian and Irish immigrants, Cathleen is a graduate of Wheaton College, the alma mater of the Rev. Billy Graham as well as horror film director Wes Craven. (She has a great affinity and admiration for both.) She holds a master’s degree in journalism from Northwestern University as well as a master’s degree in theological studies from Garrett-Evangelical Theological Seminary. She was a 2009 Divinity School Media Fellow at Duke University, a Gralla Fellow in Jewish Studies at Brandeis University, and was the 1996 Stoody-West Fellow in Religious Journalism. She is currently in the process of discerning a call to return to seminary to pursue a Master of Divinity degree this time around.

Cathleen is a sought-after public speaker having presented lectures and talks at colleges, universities, civic organizations, houses of worship, and large faith-based conferences nationwide, including the Catalyst Conference, the Wild Goose Festival, Point Loma Nazarene University’s Symposium by the Sea, the National Pastors Convention, the Los Angeles Book Festival, the Festival of Faith and Music, and the Festival of Faith and Writing, St. James Episcopal Cathedral in Chicago, WomenChurch, Dominican University in Chicago, and California State University in Sacramento, to name just a few.

She is author of the critically acclaimed The God Factor: Inside the Spiritual Lives of Public People (Farrar, Straus and Girox, 2006), Sin Boldly: A Field Guide for Grace (Zondervan, 2008), The Dude Abides: The Gospel According to the Coen Brothers (Zondervan, 2009), BELIEBER: Fame, Faith and the Heart of Justin Bieber (Worthy Books, 2011), and the forthcoming Disquiet Time: Rants and Reflections on the Good Book by the Skeptical, the Faithful, and a Few Scoundrels (coedited with Jennifer Grant and published by Jericho Books, Fall 2014).

Cathleen has covered her diverse “God beat” from locations as far afield as Vatican City, Vedic City, Ireland, Germany, the Caribbean, the West Wing, the Playboy Mansion, and the dugout at Wrigley Field. She was honored as the 2005 James O. Supple Religion Writer of the Year by the Religion Newswriters Association, and has twice been a finalist for the Templeton Religion Reporter of the Year award.

Her work has appeared in Rolling Stone, Christianity Today and Christian Century magazines, as well as the Chicago Tribune, the Washington Post, the Toronto Star, Kansas City Star, Madison Capital Times, the Harvard Divinity School Bulletin, CNN.com, and other publications in North America and Europe. She has appeared as a commentator on CNN, Oprah Winfrey’s “Soul Series,” National Public Radio’s “The Story” and “Weekend Edition,” BBC World Service, FoxNewsChannel, Moody Radio, WGN-Radio, NPR’s “Day to Day,” The Tavis Smiley Show (on PBS), and a host of other radio and television venues.

Contact a speaker booking agent to check availability on Cathleen Falsani and other top speakers and celebrities. 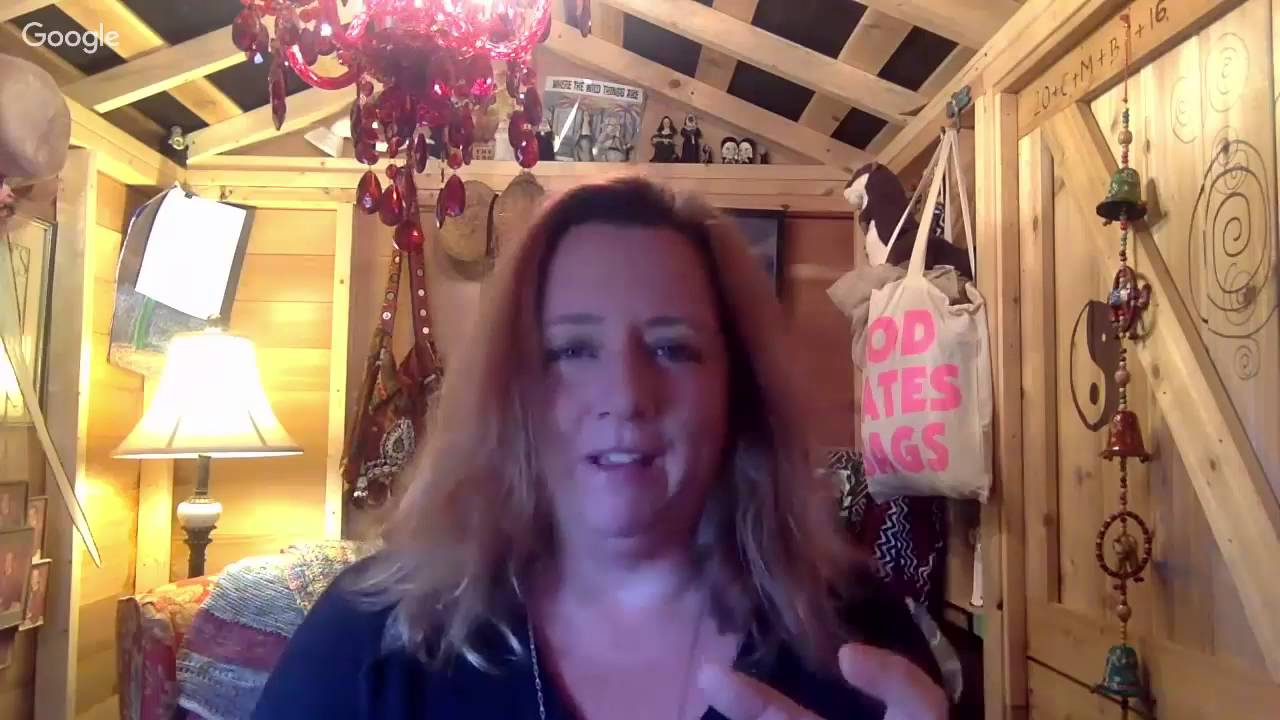 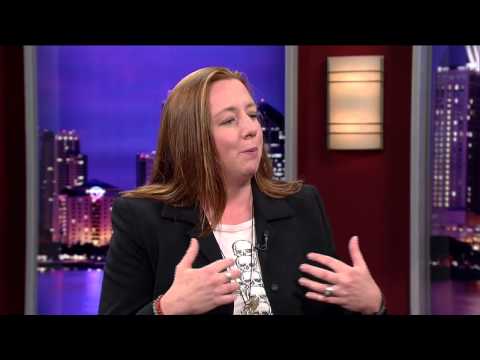 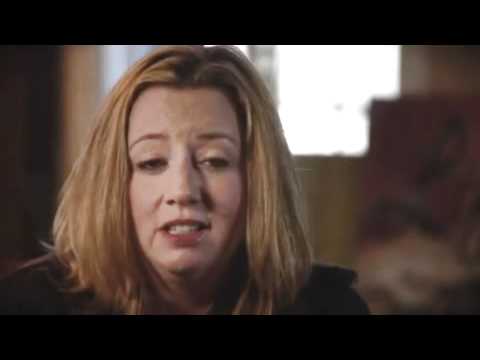 Belieber!: Fame, Faith, and the Heart of Justin Bieber

The God Factor: Inside the Spiritual Lives of Public People

The Dude Abides: The Gospel According to the Coen Brothers 1st (first) Edition by Falsani, Cathleen (2009)

How to book Cathleen Falsani?

Our booking agents have successfully helped clients around the world secure talent like Cathleen Falsani for speaking engagements, personal appearances, product endorsements, or corporate entertainment for over 15 years. The team at All American Entertainment represents and listens to the needs of organizations and corporations seeking to hire keynote speakers, celebrities or entertainers. Fill out a booking request form for Cathleen Falsani, or call our office at 1.800.698.2536 to discuss your upcoming event. One of our experienced agents will be happy to help you get pricing information and check availability for Cathleen Falsani or any other celebrity of your choice.

How much does it cost to book Cathleen Falsani?

Booking fees for Cathleen Falsani, or any other speakers and celebrities, are determined based on a number of factors and may change without notice. Pricing often varies according to the circumstances, including the talent's schedule, market conditions, length of presentation, and the location of the event. Speaker fees listed on this website are intended to serve as a guideline only. In some cases, the actual quote may be above or below the stated range. For the most current fee to hire Cathleen Falsani, please fill out the booking request form or call our office at 1.800.698.2536 to speak with an experienced booking agent.

Who is the agent for Cathleen Falsani?

All American Entertainment has successfully secured celebrity talent like Cathleen Falsani for clients worldwide for more than 15 years. As a full-service talent booking agency, we have access to virtually any speaker or celebrity in the world. Our agents are happy and able to submit an offer to the speaker or celebrity of your choice, letting you benefit from our reputation and long-standing relationships in the industry. Fill out the booking request form or call our office at 1.800.698.2536, and one of our agents will assist you to book Cathleen Falsani for your next private or corporate function.

All American Speakers is a "buyers agent" and exclusively represents talent buyers, meeting planners and event professionals, who are looking to secure celebrities and speakers for personal appearances, speaking engagements, corporate entertainment, public relations campaigns, commercials, or endorsements. We do not exclusively represent Cathleen Falsani or claim ourselves as the exclusive booking agency, business manager, publicist, speakers bureau or management for Cathleen Falsani or any other speaker or celebrity on this website. For more information on how we work and what makes us unique, please read the AAE Advantage.

Cathleen Falsani is a keynote speaker and industry expert who speaks on a wide range of topics . The estimated speaking fee range to book Cathleen Falsani for your event is $10,000 - $20,000. Cathleen Falsani generally travels from and can be booked for (private) corporate events, personal appearances, keynote speeches, or other performances. Similar motivational celebrity speakers are Viola Davis, Amy Poehler, Amy Schumer, Rashida Jones and Julia Louis-Dreyfus. Contact All American Speakers for ratings, reviews, videos and information on scheduling Cathleen Falsani for an upcoming event.

Fashion Correspondent Known for "The Real" & "How Do I Look?"