Idrissa Akuna Elba, born in England, was the only child of African immigrants. At 16, he earned a grant and joined the National Youth Music Theatre, where he publicly sang for the first time in a production of Guys and Dolls. His family discouraged his thespian aspirations, but by his early twenties, he was auditioning for television and stage roles, netting his first credited small screen part in Absolutely Fabulous.

He followed that with a series of guest shots, most notably on the long-running crime drama Silent Witness and the primetime soap Family Affairs, capped with the second male lead in the Channel 4 vampire-themed, sci-fi miniseries, Ultraviolet. The next year, he joined the cast of the medical/crime series Dangerfield.

After moving to New York and trying to perfect an American accent, Elba did manage to win the role of Achilles in a 2001 New York stage production of Troilus and Cressida, a small role in the ill-fated Buffalo Soldiers and a guest shot on NBC's staple cop procedural show Law & Order. Then, he scored an audition with producer David Simon for his upcoming HBO series, The Wire. Elba initially read for the role of Baltimore drug kingpin Avon Barksdale, returning for multiple callbacks. On the day his daughter was born, the producers awarded him the role of Stringer Bell, Barksdale's less prominent consigliere/business manager, and, when he thanked them in his normal voice, producers were stunned to hear his accent.

The role gave Elba nearly instant street credibility, certainly in pop cultural circles, as he rubbed elbows with top-tier urban artists and producers such as Sean Combs, Ludacris and Jay-Z. Essence magazine dubbed him one of the "Ten Hottest Men on the Planet" in 2004 and 2005 and his film work picked up steam. He stole the show in a supporting role as a young Southern minister in the indie drama, The Gospel, and then earned the lead as a conscientious Rwandan army captain caught in the middle of that country's infamous genocide in Sometimes in April a made-for-HBO companion piece to the more famous feature, Hotel Rwanda. He scored roles in bigger-profile projects, including The Reaping, Prom Night, American Gangster, 28 Weeks Later and Daddy's Little Girls.

Elba's success allowed him to go after his musical predilections. He issued an EP, "Big Man," and his Hollywood networking would see "Driis" land tracks on movie soundtracks such as those of Prom Night and Perry's Madea Goes to Jail. After a handful of other supporting roles, he scored a coveted male lead opposite superstar Beyoncé Knowles in the Fatal Attraction redux, Obsessed. In early 2009, Elba donned a suit again to make a high-profile splash in American TV comedy by joining the cast of NBC's hit The Office.

The actor was genuinely humbled upon learning that he earned nominations for both the Golden Globes and Emmy Awards in 2011; he went on to win the Globe for Best Actor in a Miniseries or Television Movie. In fact, 2011 proved to be a banner one, as Elba earned a second Emmy nod for Outstanding Guest Actor in a Comedy Series for his performance as a painter and love interest to a high school teacher battling cancer on The Big C.

The turn of the decade also saw Elba jumping into the world of comic-book adaptations. He appeared in a smaller, but pivotal role of Heimdall, the all-seeing, all-hearing sentry to the gates of mythical Asgard in the fantasy epic Thor. He reprised his part as the imposing Heimdall in the superhero sequel Thor: The Dark World, Thor: Ragnarok, Avengers: Age of Ultron and Avengers: Infinity War.

Elba also appeared in "Prometheus," director Ridley Scott's quasi-prequel to his 1979 sci-fi masterpiece "Alien." Next he played an inspiring leader and tough robot pilot in the monster-infested blockbuster Pacific Rim. He appeared as Krall in Star Trek Beyond in 2016. He starred in the Netflix original film Beasts of No Nation in 2015, directed by Cary Joji Fukunaga. He starred in an adaption of the Stephen King novel The Dark Tower in 2017.

Since 2010, Idris has starred as the titular character in the BBC's mystery drama series Luther. Elba plays a brilliant but emotionally impulsive detective. His performance in the show has earned him multiple Emmy nominations, multiple Golden Globe nominations and one win, and a SAG award.

In 2019, Elba began starring in the Netflix original series Turn Up Charlie. The show follows Charlie, a struggling DJ and eternal bachelor is given a final chance at success when he reluctantly becomes a manny to his famous best friend's problem-child daughter. In the same year, he performed at Coachella music festival.

Contact a speaker booking agent to check availability on Idris Elba and other top speakers and celebrities. 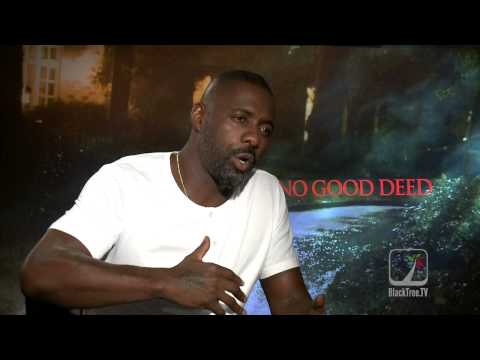 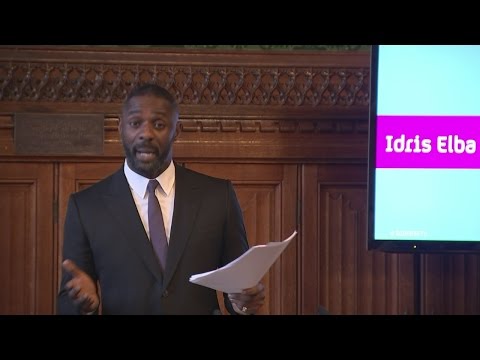 A Talk With Idris Elba
See All Videos »

How to book Idris Elba?

Our booking agents have successfully helped clients around the world secure talent like Idris Elba for speaking engagements, personal appearances, product endorsements, or corporate entertainment for over 15 years. The team at All American Entertainment represents and listens to the needs of organizations and corporations seeking to hire keynote speakers, celebrities or entertainers. Fill out a booking request form for Idris Elba, or call our office at 1.800.698.2536 to discuss your upcoming event. One of our experienced agents will be happy to help you get pricing information and check availability for Idris Elba or any other celebrity of your choice.

How much does it cost to book Idris Elba?

Booking fees for Idris Elba, or any other speakers and celebrities, are determined based on a number of factors and may change without notice. Pricing often varies according to the circumstances, including the talent's schedule, market conditions, length of presentation, and the location of the event. Speaker fees listed on this website are intended to serve as a guideline only. In some cases, the actual quote may be above or below the stated range. For the most current fee to hire Idris Elba, please fill out the booking request form or call our office at 1.800.698.2536 to speak with an experienced booking agent.

Who is the agent for Idris Elba?

All American Entertainment has successfully secured celebrity talent like Idris Elba for clients worldwide for more than 15 years. As a full-service talent booking agency, we have access to virtually any speaker or celebrity in the world. Our agents are happy and able to submit an offer to the speaker or celebrity of your choice, letting you benefit from our reputation and long-standing relationships in the industry. Fill out the booking request form or call our office at 1.800.698.2536, and one of our agents will assist you to book Idris Elba for your next private or corporate function.

All American Speakers is a "buyers agent" and exclusively represents talent buyers, meeting planners and event professionals, who are looking to secure celebrities and speakers for personal appearances, speaking engagements, corporate entertainment, public relations campaigns, commercials, or endorsements. We do not exclusively represent Idris Elba or claim ourselves as the exclusive booking agency, business manager, publicist, speakers bureau or management for Idris Elba or any other speaker or celebrity on this website. For more information on how we work and what makes us unique, please read the AAE Advantage.

Idris Elba is a keynote speaker and industry expert who speaks on a wide range of topics . The estimated speaking fee range to book Idris Elba for your event is $100,000 - $200,000. Idris Elba generally travels from London, UK and can be booked for (private) corporate events, personal appearances, keynote speeches, or other performances. Similar motivational celebrity speakers are Viola Davis, Amy Poehler, Amy Schumer, Rashida Jones and Julia Louis-Dreyfus. Contact All American Speakers for ratings, reviews, videos and information on scheduling Idris Elba for an upcoming event.

A Talk With Idris Elba

Actor & Producer Known for "Fresh Prince of Bel-Air," "I Am Legend," "Concussion" and "Suicide Squad"

Actor & Director Known for "Roc" and "The Piano Lesson"

Oscar Award-Winning Actor, Producer & Director Known for "The Last King of Scotland" and "Rogue One: A Star Wars Story"

Director Known for "Olympus Has Fallen" & "The Equalizer"