Gary was a delightful addition to our Scottish Games. He made everyone he came in contact with feel very special. I was impressed with All American's attention to detail and follow through.

Gary Lewis, is a Scottish actor. He has had roles in films such as Billy Elliot, Gangs of New York, Eragon, and Three and Out, as well as a major role in the television docudrama Supervolcano.

Lewis was born and raised in the Easterhouse area of Glasgow. He has described in interviews the dichotomy of his upbringing: his parents stressed the value of education, yet the quality of his formal studies was lacking. When he left school, he lacked a sense of purpose and took a job as a road sweeper to earn a living. Later, he found employment in the local library, during which time he joined the Militant Tendency of the Labour Party. Encouraged by his brother, an English teacher at Stonelaw High School in Rutherglen, he read voraciously and decided to pursue a career as an actor.

Although he had pursued amateur theatrics, Lewis was 32 when he committed to acting, joining Robert Carlyle's newly formed Raindog Theatre. His career received a boost when he was befriended by actor-director Peter Mullan, whom he met at a socialist lecture.

Mullan hired Lewis for a role in the short Close which began filming in 1991 but took some three years to complete. By that time, both actors had appeared in Shallow Grave (1994). Lewis went on to act in Mullan's subsequent shorts Good Day for the Bad Guys (1995) and the award-winning Fridge (1996).

Lewis joined director Kenneth Loach's unofficial stock company lending support to his two mentors in separate films: with Carlyle, he co-starred in Carla's Song (1996), while he played a recovering alcoholic alongside Mullan in My Name Is Joe (1998). In between, Mullan cast him as the over-righteous, somewhat dimwitted elder sibling Thomas in Orphans (1998), an examination of a dysfunctional family. He went on to co-star with Max Beesley in The Match (1999; released on video in USA in 2001) before landing his international breakthrough part as the father of a young boy who wants to become a ballet dancer in Billy Elliot (2000). Lewis delivered a multi-layered turn as a man coping with grief over the death of his wife, a violent strike that threatens his livelihood and the struggles of raising two sons. The actor rounded out his banner year teaming with Irish actor Sean McGinley in What Where, a 12-minute short film of Samuel Beckett's play, and supporting Michael Caine as a boxing coach who may or may not have been involved in a murder in Shiner (screened at the San Sebastian Film Festival).

In 2008, Lewis starred in the film Ecstasy based on The Undefeated from Irvine Welsh's best-selling novel Ecstasy: Three Tales of Chemical Romance. Lewis starred in British comedy Three and Out released on 25 April 2008. Lewis appeared in Scottish rom-com Not Another Happy Ending as the father of protagonist Jane Lockhart.

Lewis has appeared in the Scottish comedy Rab C Nesbitt and the criminal drama shows Taggart and Prime Suspect: the Final Act.

In 2010 Lewis appeared as Adam Ingram in the Channel 4 drama Mo a biopic of former Secretary of State for Northern Ireland Mo Mowlam, a role that saw him nominated for a BAFTA Television Award in the category of Best Supporting Actor.

In September 2011, Lewis appeared in episode two of the BBC drama The Body Farm, playing Jimmy West, butler to an elderly man accused of murder.

In December 2011, Lewis appeared in the BBC mini-series Young James Herriot, in the role of Prof. Quinton Gunnel.

In May 2012 Lewis appeared in the Rai 1 TV film L'olimpiade perduta, which tells of the XII and XIII Olympic Games, that took place in the Nazi concentration camps. In this TV film, Lewis has the role of the British general Alex, who organized the Olympic Games.

In January 2014 Lewis appeared as DS MacNeil in the Silent Witness two-parter "In A Lonely Place".

In July 2014, Lewis appeared in The Glasgow Girls as a teacher who supported his pupils during their fight to save their classmate from deportation.

In August 2014, Lewis appeared in the recurring role of Colum MacKenzie, laird of the MacKenzie clan, on the Starz series Outlander.

In 2015, Lewis appeared as Bill Williams in the BBC series Death in Paradise (episode 4.7).

Contact a speaker booking agent to check availability on Gary Lewis and other top speakers and celebrities. 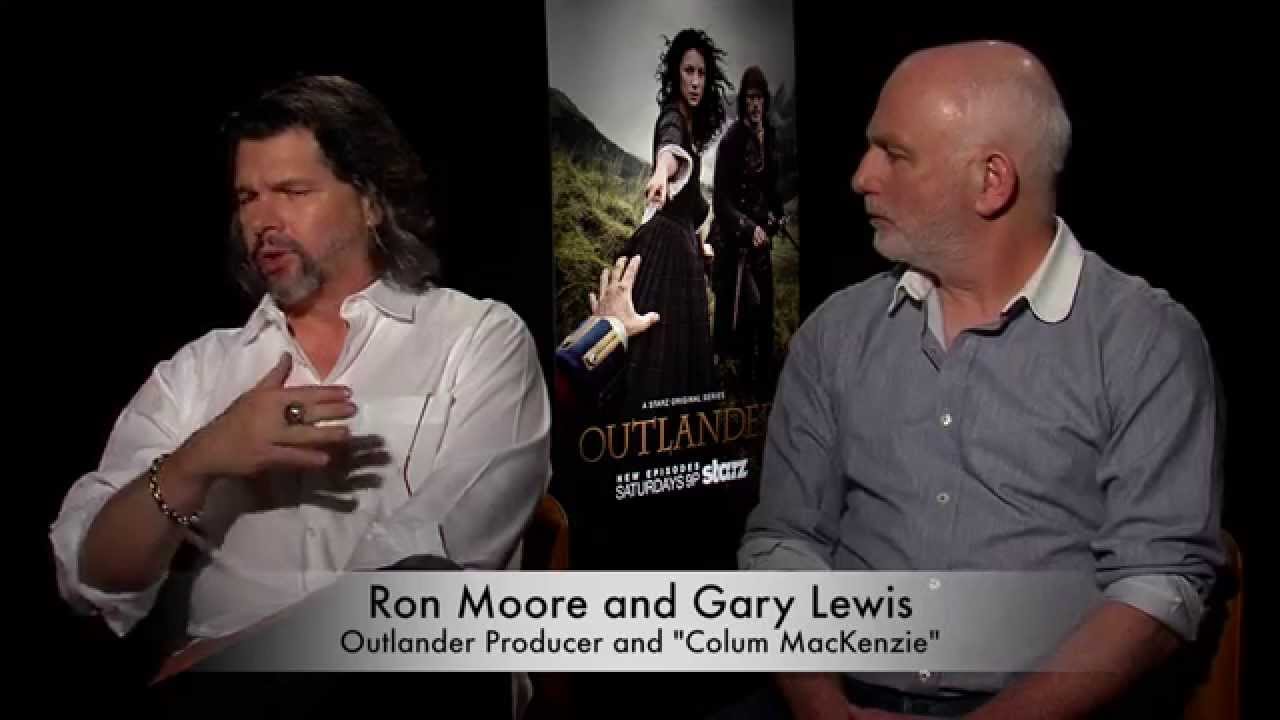 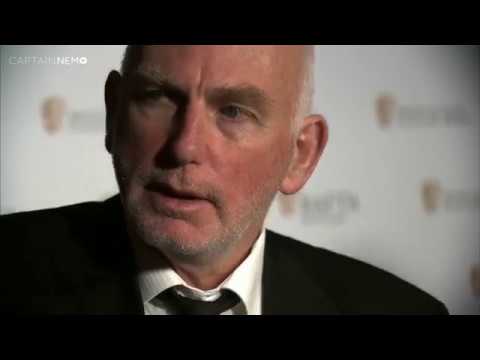 How to book Gary Lewis?

Our booking agents have successfully helped clients around the world secure talent like Gary Lewis for speaking engagements, personal appearances, product endorsements, or corporate entertainment for over 15 years. The team at All American Entertainment represents and listens to the needs of organizations and corporations seeking to hire keynote speakers, celebrities or entertainers. Fill out a booking request form for Gary Lewis, or call our office at 1.800.698.2536 to discuss your upcoming event. One of our experienced agents will be happy to help you get pricing information and check availability for Gary Lewis or any other celebrity of your choice.

How much does it cost to book Gary Lewis?

Booking fees for Gary Lewis, or any other speakers and celebrities, are determined based on a number of factors and may change without notice. Pricing often varies according to the circumstances, including the talent's schedule, market conditions, length of presentation, and the location of the event. Speaker fees listed on this website are intended to serve as a guideline only. In some cases, the actual quote may be above or below the stated range. For the most current fee to hire Gary Lewis, please fill out the booking request form or call our office at 1.800.698.2536 to speak with an experienced booking agent.

Who is the agent for Gary Lewis?

All American Entertainment has successfully secured celebrity talent like Gary Lewis for clients worldwide for more than 15 years. As a full-service talent booking agency, we have access to virtually any speaker or celebrity in the world. Our agents are happy and able to submit an offer to the speaker or celebrity of your choice, letting you benefit from our reputation and long-standing relationships in the industry. Fill out the booking request form or call our office at 1.800.698.2536, and one of our agents will assist you to book Gary Lewis for your next private or corporate function.

All American Speakers is a "buyers agent" and exclusively represents talent buyers, meeting planners and event professionals, who are looking to secure celebrities and speakers for personal appearances, speaking engagements, corporate entertainment, public relations campaigns, commercials, or endorsements. We do not exclusively represent Gary Lewis or claim ourselves as the exclusive booking agency, business manager, publicist, speakers bureau or management for Gary Lewis or any other speaker or celebrity on this website. For more information on how we work and what makes us unique, please read the AAE Advantage.

Gary Lewis is a keynote speaker and industry expert who speaks on a wide range of topics . The estimated speaking fee range to book Gary Lewis for your event is $20,000 - $30,000. Gary Lewis generally travels from UK and can be booked for (private) corporate events, personal appearances, keynote speeches, or other performances. Similar motivational celebrity speakers are Viola Davis, Amy Poehler, Amy Schumer, Rashida Jones and Julia Louis-Dreyfus. Contact All American Speakers for ratings, reviews, videos and information on scheduling Gary Lewis for an upcoming event.

Actor; Known for His Role as Jamie Fraser in "Outlander"

Stage and Televison Actor, Known for "Vikings" and "Outlander"

Actor, Known for "Law and Order: SVU" and "Cold Case"

CEO of TechSavvy Global, Strategic Innovation Consultant, Best-Selling Author & Host of "Next Up"

Corporate Culture & Leadership Strategist, Best-Selling Author of "Do Something Now"