It was such a pleasure having Roger. He was a pro and very personable.

Roger Craig played three seasons for the University of Nebraska, where he rushed for 2,446 yards and 26 touchdowns, with an average of 6 yards per carry. He was an integral running back in Tom Osborne’s I-formation option offense. He was inducted into the Nebraska Football Hall of Fame in 1989.

1982 (Senior) Craig finished his career at Nebraska just three yards shy of Rick Berns for No. 3 on the NU career rushing list. Injuries hampered an early-season experiment that saw Craig at fullback and Mike Rozier at I-back. His top rushing game of the season was a 127-yard performance in the regular-season finale against Hawaii.

1981 (Junior) The third-leading rusher in the Big Eight, Craig led NU in rushing yards with 1,060 yards on 173 carries and six touchdowns. He averaged 6.1 yards per carry and 96.5 per game. He became Nebraska’s seventh single-season 1,000-yard rusher. Craig and Mike Rozier combined for 2,003 yards from Nebraska’s I-back spot. Craig topped 100 yards four times–121 vs. Penn State, 121 vs. Oklahoma, 102 vs. Oklahoma and a career-best 234 vs. Florida State, the third-best single-game performance in Nebraska history. Craig tied the longest run in NU history with a 94-yard touchdown run against the Seminoles. In addition to his rushing exploits, Craig was fourth on the team with 12 receptions (87 yards).

1980 (Sophomore) Even though he was the third-string I-Back, Craig gained 769 yards on 108 carries for a 7.1 average and scored 15 TDs, good for sixth nationally in scoring. He was second in the Big Eight in scoring and seventh in rushing. He was named Big Eight offensive player-of-the-week after rushing 21 times for 176 yards and three touchdowns against Colorado with Jarvis Redwine and Craig Johnson both injured. Against Kansas State, he ran nine times for 183 yards.

1979 (Freshman) For the freshman squad, Craig rushed 48 times for 447 yards and three TDs as the starting I-back. He also played part-time for the varsity.

Roger Craig was the 49th overall selection in the 1983 NFL Draft, taken in the second round from Nebraska, where he once held the record for longest run from scrimmage (94 yards, set during a 1981 game against Florida State University).

In his rookie year in 1983, he scored a combined 12 touchdowns rushing and receiving, as the 49ers reached the NFC Championship game. Craig became well known in his rookie year for his distinctive high-knee running technique.

In Super Bowl XIX in January 1985, Craig rushed for 58 yards, caught seven passes for 77 yards, and became the first player ever to score three touchdowns in a Super Bowl during the 49ers’ 38–16 victory over the Miami Dolphins.

The following season, Craig became the first in NFL history to run and receive for at least 1,000 yards in the same season. He ran for 1,050 yards on 214 carries and led the NFL with 92 catches for 1,016 yards, and scored a team high 15 touchdowns. With fullback Tom Rathman, also from Nebraska, the two formed the 49ers’ “Cornfield Backfield.”

In 1988, Craig was named NFL Offensive Player of the Year by the Associated Press. He ran for a career high 1,502 yards and caught an additional 76 passes for 534 yards. A memorable game occurred in week 7 against the Los Angeles Rams. He scored three rushing touchdowns and ran a career high 191 yards. He went on to assist the 49ers to Super Bowl XXIII by amassing 262 combined rushing and receiving yards and two touchdowns in their two playoff games. In the 49ers’ 20-16 win over Cincinnati in that Super Bowl, he rushed for 71 yards and caught eight passes for 101 yards.

In the 1989 season, the 49ers advanced to the Super Bowl for the second year in a row, aided by Craig’s 1,527 combined rushing/receiving yards and seven touchdowns in the season, along with his 240 combined rushing/receiving yards and two touchdowns in their two playoff games. In San Francisco’s 55-10 win over the Denver Broncos in Super Bowl XXIV, Craig rushed for 69 yards, caught five passes for 34 yards, and scored a touchdown.

The 49ers were 14–2 in the following regular season on their quest to become the first team to win three consecutive Super Bowls. In the NFC Championship Game (his last as a 49er), Craig fumbled late in the fourth quarter while his team was trying to hold on to a 13–12 lead over the New York Giants. The Giants recovered the ball and scored on a last-second field goal to win 15–13, and went on to win Super Bowl XXV.

Craig played a season with the Los Angeles Raiders in 1991 and his final two with the Minnesota Vikings, retiring after the 1993 season. He appeared in the NFL Playoffs every year of his career, and made the Pro Bowl four times (1985, 1987–1989).

He was the first running back to gain more than 1,000 yards rushing and 1,000 yards receiving in the same season (1987). Since then, only one other running back has achieved the same feat (Marshall Faulk in 1999). Craig also caught a then-record 92 passes in the 1985 campaign. In 1988, Craig set a then-franchise record 1,502 yards rushing. The 1988 season was the second time Craig broke the 2,000 combined yardage mark in his career.

As of today, Lydell Mitchell, Roger Craig and Chuck Foreman are the only running backs to lead the NFL in receptions for a single season, and Craig is the only back to ever record over 100 receiving yards in a Super Bowl. His prowess as a receiver out of the backfield is a contrast to his college career, where he caught only 16 passes during his three seasons at Nebraska.

In 1993, Peter King (in Inside the Helmet) reported that Craig was the only running back to be elected to the Pro Bowl at both fullback and halfback. On April 21, 2008 Craig was inducted into the Bay Area Sports Hall of Fame (BASHOF).

Craig is an avid runner and has participated in numerous marathons. He was the Grand Marshal for the Toyota/Save Mart 350 at Infineon Raceway.

Contact a speaker booking agent to check availability on Roger Craig and other top speakers and celebrities. 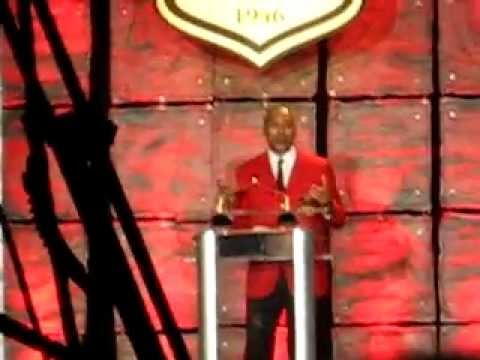 How to book Roger Craig?

Our booking agents have successfully helped clients around the world secure talent like Roger Craig for speaking engagements, personal appearances, product endorsements, or corporate entertainment for over 15 years. The team at All American Entertainment represents and listens to the needs of organizations and corporations seeking to hire keynote speakers, celebrities or entertainers. Fill out a booking request form for Roger Craig, or call our office at 1.800.698.2536 to discuss your upcoming event. One of our experienced agents will be happy to help you get pricing information and check availability for Roger Craig or any other celebrity of your choice.

How much does it cost to book Roger Craig?

Booking fees for Roger Craig, or any other speakers and celebrities, are determined based on a number of factors and may change without notice. Pricing often varies according to the circumstances, including the talent's schedule, market conditions, length of presentation, and the location of the event. Speaker fees listed on this website are intended to serve as a guideline only. In some cases, the actual quote may be above or below the stated range. For the most current fee to hire Roger Craig, please fill out the booking request form or call our office at 1.800.698.2536 to speak with an experienced booking agent.

Who is the agent for Roger Craig?

All American Entertainment has successfully secured celebrity talent like Roger Craig for clients worldwide for more than 15 years. As a full-service talent booking agency, we have access to virtually any speaker or celebrity in the world. Our agents are happy and able to submit an offer to the speaker or celebrity of your choice, letting you benefit from our reputation and long-standing relationships in the industry. Fill out the booking request form or call our office at 1.800.698.2536, and one of our agents will assist you to book Roger Craig for your next private or corporate function.

All American Speakers is a "buyers agent" and exclusively represents talent buyers, meeting planners and event professionals, who are looking to secure celebrities and speakers for personal appearances, speaking engagements, corporate entertainment, public relations campaigns, commercials, or endorsements. We do not exclusively represent Roger Craig or claim ourselves as the exclusive booking agency, business manager, publicist, speakers bureau or management for Roger Craig or any other speaker or celebrity on this website. For more information on how we work and what makes us unique, please read the AAE Advantage.

Roger Craig is a keynote speaker and industry expert who speaks on a wide range of topics . The estimated speaking fee range to book Roger Craig for your event is $10,000 - $20,000. Roger Craig generally travels from San Francisco, CA, USA and can be booked for (private) corporate events, personal appearances, keynote speeches, or other performances. Similar motivational celebrity speakers are Viola Davis, Amy Poehler, Amy Schumer, Rashida Jones and Julia Louis-Dreyfus. Contact All American Speakers for ratings, reviews, videos and information on scheduling Roger Craig for an upcoming event.