Hosts of "Down Home with the Neelys" on the Food Network

The restaurateurs operate family-run barbecue restaurants in Tennessee. The restaurants have been open for a combined 46 years. On July 13, 2011, partnering with Merchants Hospitality, Inc., Pat and Gina will bring authentic barbecue to New York City when they open their new restaurant, Neely's Barbecue Parlor.

The Neelys have always been an integral part of their hometown Memphis serving on various boards and commissions. They are noted for their generosity and commitment to the Mid-South community.

On August 15, 2006, the Neelys' lives changed forever. It was that day that Follow Productions, the highly successful production company that found and produced Food Network television superstar Paula Deen, filmed a show with the Deen Brothers at the Neelys' restaurant in Nashville. The Food Network show "Road Tasted" was to feature Pat cooking Neely's signature BBQ for Bobby and Jamie Deen to enjoy. Recognizing that this couple radiated on-camera magic, Follow Productions Executive Producer Mark Schneider urged Gina and Pat to consider developing their own show.

Follow Productions Gordon Elliott and Mark Schneider were convinced that the Neelys had the star quality that Food Network needed to tap into a diverse market of viewers and grow market share. They worked with the Neelys over several months, inviting them to appear on "Paula's Home Cooking" in June 2007 and "Paula's Party" in June 2007 and May 2008.

National television stars were immediately born when TVFN agreed with Follow's assessment and gave the Neelys their own series, "Down Home with the Neelys." The show premiered as the highest-rated show in the history of the Saturday morning kitchen block. It continues to be one of Food Network's highest-rated shows. In addition to the 11/10C am Saturday morning time slot, Food Network also gave the Neelys the highly coveted 5:30/4:30C pm Monday through Friday slot, following Ina Garten's "Barefoot Contessa" and providing the lead-in for Paula Deen and Rachael Ray. The Neelys' show is also the highest-rated show in the TVFN afternoon.

Now on seven times a week with an estimated 5 million people watching them each week, the Neelys are clearly following the path to superstardom that made Emeril Lagasse, Paula Deen and Rachael Ray famous. Food Network has featured the Neelys on primetime shows, including "Chefography," "Road Tasted with the Neelys," "Best Thing I Ever Ate," "Next Food Network Star," "Dear Food Network" and others.

In 2010, Pat and Gina entered into a multi-year agreement with Kraft Foods North America to endorse Kraft's wide range of food and beverage products. The first campaign launched in the Fall with its largest branded initiative to fight hunger in America. Huddle to Fight Hunger is an integrated campaign designed to give 20 million meals or more to Feeding America, the nation's leading hunger relief organization. The program combined three things Americans are passionate about -- football, food and helping others. To reach the end zone, Kraft Foods partnered with Pat and Gina to champion the cause.

With a strong business foundation, Gina and Pat were able to diversify their interest and continue to build on a successful brand by writing a best-selling cookbook, "Down Home with the Neelys," which spent several weeks on the New York Times bestseller list. A second cookbook is in the works with the prestigious publisher Knopf that has worked with such highly successful chef-authors as Lidia Bastianich and Julia Child.

The Neelys' star quality has made them highly sought after for media interviews with major media outlets and programs; they have appeared on "The View," "Live with Regis & Kelly," "The Today Show," "Good Morning America," "the Rachael Ray Show," "Wendy Williams," "the MoNique Show," an episode of Tyler Perry's "Meet the Browns," QVC and "The Tom Joyner Morning Show." In print, the Neelys have been featured in The Wall Street Journal, People magazine, USA Today, Food Network magazine and Sam's Club magazines, among many others. In 2009, the Neelys went on a multi-city book tour and signed thousands of books for dedicated fans, while participating in multiple media interviews.

Pat and Gina have taken part in various live appearances including the Food Network Wine and Food Festival in New York City, South Beach and Nashville; Metropolitan Cooking and Entertaining Shows in West Palm Beach, Atlanta and DC; and Foxwoods Celebrity Chef Sundays, where they appeared in front of huge crowds of enthusiastic fans. In the fall of 2010, the Neelys debuted their live show, "Neelys Live!," a live cooking demonstration featuring, singing, dancing and a 7-piece band, at Harrah's in Tunica, MS.

Contact a speaker booking agent to check availability on Patrick and Gina Neely and other top speakers and celebrities. 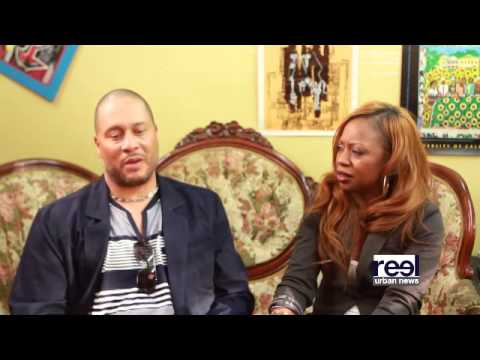 BACK HOME WITH THE NEELYS PAT AND GINA - YouTube 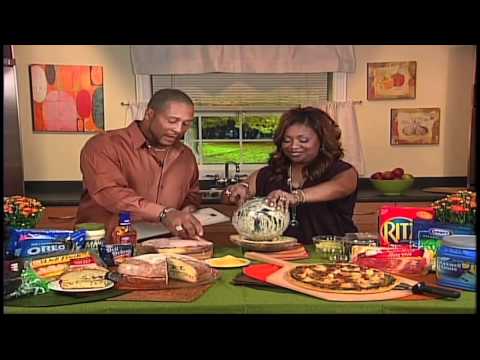 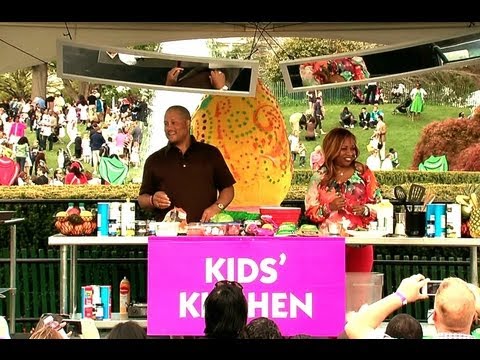 Back Home with the Neelys: Comfort Food from Our Southern Kitchen to Yours

The Neelys' Celebration Cookbook: Down-Home Meals for Every Occasion

Down Home with the Neelys: A Southern Family Cookbook

Down Home with the Neelys: A Southern Family Cookbook -- First 1st Edition, with an Introduction By Paula Deen

How to book Patrick and Gina Neely?

Our booking agents have successfully helped clients around the world secure talent like Patrick and Gina Neely for speaking engagements, personal appearances, product endorsements, or corporate entertainment for over 15 years. The team at All American Entertainment represents and listens to the needs of organizations and corporations seeking to hire keynote speakers, celebrities or entertainers. Fill out a booking request form for Patrick and Gina Neely, or call our office at 1.800.698.2536 to discuss your upcoming event. One of our experienced agents will be happy to help you get pricing information and check availability for Patrick and Gina Neely or any other celebrity of your choice.

How much does it cost to book Patrick and Gina Neely?

Booking fees for Patrick and Gina Neely, or any other speakers and celebrities, are determined based on a number of factors and may change without notice. Pricing often varies according to the circumstances, including the talent's schedule, market conditions, length of presentation, and the location of the event. Speaker fees listed on this website are intended to serve as a guideline only. In some cases, the actual quote may be above or below the stated range. For the most current fee to hire Patrick and Gina Neely, please fill out the booking request form or call our office at 1.800.698.2536 to speak with an experienced booking agent.

Who is the agent for Patrick and Gina Neely?

All American Entertainment has successfully secured celebrity talent like Patrick and Gina Neely for clients worldwide for more than 15 years. As a full-service talent booking agency, we have access to virtually any speaker or celebrity in the world. Our agents are happy and able to submit an offer to the speaker or celebrity of your choice, letting you benefit from our reputation and long-standing relationships in the industry. Fill out the booking request form or call our office at 1.800.698.2536, and one of our agents will assist you to book Patrick and Gina Neely for your next private or corporate function.

All American Speakers is a "buyers agent" and exclusively represents talent buyers, meeting planners and event professionals, who are looking to secure celebrities and speakers for personal appearances, speaking engagements, corporate entertainment, public relations campaigns, commercials, or endorsements. We do not exclusively represent Patrick and Gina Neely or claim ourselves as the exclusive booking agency, business manager, publicist, speakers bureau or management for Patrick and Gina Neely or any other speaker or celebrity on this website. For more information on how we work and what makes us unique, please read the AAE Advantage.

BACK HOME WITH THE NEELYS PAT AND GINA - YouTube

Play with Your Food with Patrick and Gina Neely

Host of "The Cake Boss" & "The Next Great Baker"

Host, "Chopped," Contributor, "The Best Thing I Ever Ate"