Leland Wayne, professionally known as Metro Boomin, is an American record producer from St. Louis, Missouri, and now based in Atlanta, Georgia. Metro is best known for producing instrumentals for rappers such as Future, Ludacris, Gucci Mane, Young Thug and Wiz Khalifa, among others.

After a brief stint playing bass guitar in his middle school band, Metro first started making beats in the seventh grade, at age 13, when his mother bought him a laptop and he got a copy of the popular production software FruityLoops. Initially, Metro wanted to rap and started making beats so that he could have music to rap over, but after deciding that he liked making beats more than rapping, he put his full attention into production.

As he continued to develop his production sound, while still in high school, Metro began to utilize social media properties, like Twitter, to network with bigger artists and submit beats. Metro Boomin first started traveling to Atlanta in the 11th grade to pursue a career in music, and, in an interview with XXL, Metro says that Atlanta rapper OJ Da Juiceman was the first popular artist to rap on his beats, a string of collaborations that ultimately led to Metro meeting and working with Gucci Mane during the summer between his junior and senior years of high school.

In May 2013, Metro Boomin formally announced his first producer mixtape, 19 & Boomin. Following warm-up singles, featuring artists like Trinidad James, Gucci Mane and others, Metro released the mixtape, hosted by popular mixtape website LiveMixtapes, on October 7, 2013. The mixtape, all original songs, included "Maison Margiela," featuring Future, and "Some More," featuring Young Thug, both of which were subsequently released as music videos.

In March 2014, Metro Boomin and Young Thug announced that they would release a collaborative album, performed and released under the moniker Metro Thuggin. The album will be self-titled and will be released spring/summer 2014. Along with the announcement, Metro Thuggin released the collaborative track, "The Blanguage."

His debut solo album, Not All Heroes Wear Capes, was released in November 2018, debuting at #1 on the Billboard 200 chart.

Contact a speaker booking agent to check availability on Metro Boomin and other top speakers and celebrities. 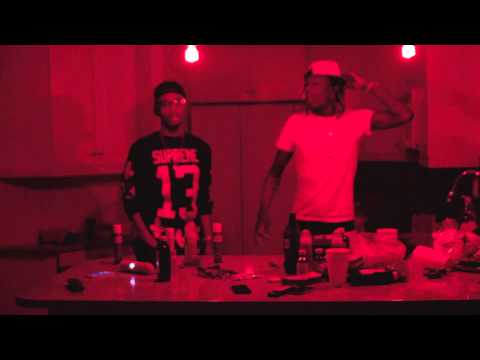 How to book Metro Boomin?

Our booking agents have successfully helped clients around the world secure talent like Metro Boomin for speaking engagements, personal appearances, product endorsements, or corporate entertainment for over 15 years. The team at All American Entertainment represents and listens to the needs of organizations and corporations seeking to hire keynote speakers, celebrities or entertainers. Fill out a booking request form for Metro Boomin, or call our office at 1.800.698.2536 to discuss your upcoming event. One of our experienced agents will be happy to help you get pricing information and check availability for Metro Boomin or any other celebrity of your choice.

How much does it cost to book Metro Boomin?

Booking fees for Metro Boomin, or any other speakers and celebrities, are determined based on a number of factors and may change without notice. Pricing often varies according to the circumstances, including the talent's schedule, market conditions, length of presentation, and the location of the event. Speaker fees listed on this website are intended to serve as a guideline only. In some cases, the actual quote may be above or below the stated range. For the most current fee to hire Metro Boomin, please fill out the booking request form or call our office at 1.800.698.2536 to speak with an experienced booking agent.

Who is the agent for Metro Boomin?

All American Entertainment has successfully secured celebrity talent like Metro Boomin for clients worldwide for more than 15 years. As a full-service talent booking agency, we have access to virtually any speaker or celebrity in the world. Our agents are happy and able to submit an offer to the speaker or celebrity of your choice, letting you benefit from our reputation and long-standing relationships in the industry. Fill out the booking request form or call our office at 1.800.698.2536, and one of our agents will assist you to book Metro Boomin for your next private or corporate function.

All American Speakers is a "buyers agent" and exclusively represents talent buyers, meeting planners and event professionals, who are looking to secure celebrities and speakers for personal appearances, speaking engagements, corporate entertainment, public relations campaigns, commercials, or endorsements. We do not exclusively represent Metro Boomin or claim ourselves as the exclusive booking agency, business manager, publicist, speakers bureau or management for Metro Boomin or any other speaker or celebrity on this website. For more information on how we work and what makes us unique, please read the AAE Advantage.

Metro Boomin is a keynote speaker and industry expert who speaks on a wide range of topics . The estimated speaking fee range to book Metro Boomin for your event is $50,000 - $200,000. Metro Boomin generally travels from and can be booked for (private) corporate events, personal appearances, keynote speeches, or other performances. Similar motivational celebrity speakers are Viola Davis, Amy Poehler, Amy Schumer, Rashida Jones and Julia Louis-Dreyfus. Contact All American Speakers for ratings, reviews, videos and information on scheduling Metro Boomin for an upcoming event.