Harvard Business School Professor & Author of "The Power of Noticing: What the Best Leaders See"

In addition to being the Straus Professor at the Harvard Business School, Max is formally affiliated with the Kennedy School of Government, the Psychology Department and the Program on Negotiation.

Max's research focuses on decision making in negotiation and improving decision making in organizations, nations and society. He is the author, co-author or co-editor of 18 books (including Negotiation Genius [with Deepak Malhotra], Bantam Books, September 2007) and over 200 research articles and chapters. He is a member of the editorial boards of the American Behavioral Scientist, Journal of Management and Governance, Mind and Society, Negotiations and Conflict Management Research and The Journal of Behavioral Finance. Also, he is a member of the international advisory board of the Negotiation Journal.

From 2002-2008, Max was consistently named one of the top 40 authors, speakers and teachers of management by Executive Excellence. He was 'Teacher of the Year' by the Executive Masters Program of the Kellogg School. In 2003, Max received the Everett Mendelsohn Excellence in Mentoring Award from Harvard University's Graduate School of Arts and Sciences. In 2006, Max received an honorary doctorate from the University of London (London Business School), the Kulp-Wright Book Award from the American Risk and Insurance Association for Predictable Surprises (with Michael Watkins), and the Life Achievement Award from the Aspen Institute's Business and Society Program. In 2008, Max was named as Ethisphere's 100 Most Influential in Business Ethics, was named one of Daily Kos' Heroes from the Bush Era for going public about how the Bush Administration corrupted the RICO Tobacco trial, received the International Institute of Conflict Prevention and Resolution (CPR) Outstanding Book Award, and received the Distinguished Educator Award from the Academy of Management.

His former doctoral students have accepted positions at leading business schools throughout the United States, including the Kellogg School at Northwestern, the Fuqua School at Duke, the Johnson School at Cornell, Carnegie-Mellon University, Stanford University, the University of Chicago, Notre Dame, Columbia and the Harvard Business School.

Contact a speaker booking agent to check availability on Max Bazerman and other top speakers and celebrities. 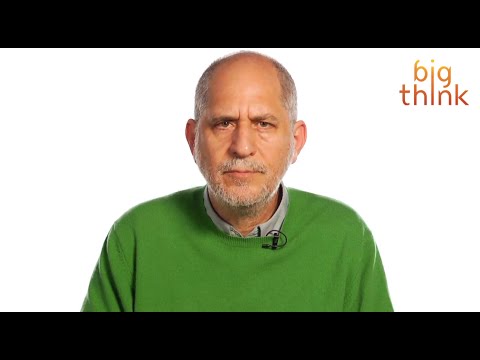 How to book Max Bazerman?

Our booking agents have successfully helped clients around the world secure talent like Max Bazerman for speaking engagements, personal appearances, product endorsements, or corporate entertainment for over 15 years. The team at All American Entertainment represents and listens to the needs of organizations and corporations seeking to hire keynote speakers, celebrities or entertainers. Fill out a booking request form for Max Bazerman, or call our office at 1.800.698.2536 to discuss your upcoming event. One of our experienced agents will be happy to help you get pricing information and check availability for Max Bazerman or any other celebrity of your choice.

How much does it cost to book Max Bazerman?

Booking fees for Max Bazerman, or any other speakers and celebrities, are determined based on a number of factors and may change without notice. Pricing often varies according to the circumstances, including the talent's schedule, market conditions, length of presentation, and the location of the event. Speaker fees listed on this website are intended to serve as a guideline only. In some cases, the actual quote may be above or below the stated range. For the most current fee to hire Max Bazerman, please fill out the booking request form or call our office at 1.800.698.2536 to speak with an experienced booking agent.

Who is the agent for Max Bazerman?

All American Entertainment has successfully secured celebrity talent like Max Bazerman for clients worldwide for more than 15 years. As a full-service talent booking agency, we have access to virtually any speaker or celebrity in the world. Our agents are happy and able to submit an offer to the speaker or celebrity of your choice, letting you benefit from our reputation and long-standing relationships in the industry. Fill out the booking request form or call our office at 1.800.698.2536, and one of our agents will assist you to book Max Bazerman for your next private or corporate function.

All American Speakers is a "buyers agent" and exclusively represents talent buyers, meeting planners and event professionals, who are looking to secure celebrities and speakers for personal appearances, speaking engagements, corporate entertainment, public relations campaigns, commercials, or endorsements. We do not exclusively represent Max Bazerman or claim ourselves as the exclusive booking agency, business manager, publicist, speakers bureau or management for Max Bazerman or any other speaker or celebrity on this website. For more information on how we work and what makes us unique, please read the AAE Advantage.

Max Bazerman is a keynote speaker and industry expert who speaks on a wide range of topics . The estimated speaking fee range to book Max Bazerman for your event is $30,000 - $50,000. Max Bazerman generally travels from and can be booked for (private) corporate events, personal appearances, keynote speeches, or other performances. Similar motivational celebrity speakers are Viola Davis, Amy Poehler, Amy Schumer, Rashida Jones and Julia Louis-Dreyfus. Contact All American Speakers for ratings, reviews, videos and information on scheduling Max Bazerman for an upcoming event.

Director of the Emory Center for Ethics