Rarely in Hollywood casting history was an actor or actress so perfectly matched to his or her role, as that of Lynda Carter during her run as the Amazon princess on the 1970s hit TV show, "Wonder Woman."

Linda Jean Cordoba Carter was born on July 24, 1951 in Phoenix, Arizona, to Mexican and Irish parents. Carter attended Arizona State University. Blessed with an excellent singing voice in addition to her dark, gorgeous looks, Carter fell in love with performing before an audience. Soon after being voted the most talented student on campus, she decided to quit school to embark on a career in music.

After a year spent touring as a singer with several rock bands, Carter felt burned-out, and in 1972, returned to Phoenix to debate what direction to take her life. Later that summer, Carter entered a local beauty contest at the urging of friends -- an event would forever change her life. As Miss Arizona, Carter competed and won the title of Miss World USA 1972. On the crest of national fame, Carter went on to represent the United States in the even higher stakes Miss World pageant. Unfortunately, despite a narrow finish, Carter did not go home with the crown.

Little did it matter. Never very interested in being a beauty queen anyway, the title of Miss World USA gave Carter a foot in the acting door. After moving to New York City that same year, Carter enrolled in acting classes and before long, began popping up on a handful of hit shows, including "Starsky & Hutch," "Matt Helm" and Bill Cosby's sketch comedy/variety show, "Cos." In addition, she also made her first movie, a low-budget western called Bobbie Jo and the Outlaw.

But it was not until she landed her breakthrough role of Wonder Woman/Diana Prince in the TV series "Wonder Woman," which aired from 1975 to 1979, that Carter became a household name. While this was Carter's first television pilot, it was the second for Wonder Woman. The original, a low-budget movie, had aired the year prior and starred athlete-turned-actress Cathy Lee Crosby in the title role.

From 1975 to 77 on ABC, and then from 1977 to 79 on CBS, Carter played the DC character to the hilt -- spinning in circles, using her magic bracelets to deflect bullets, and lassoing suspects to get the truth out of them. "The 'New' Original Wonder Woman" was an instant hit, particularly among young viewers. Set in a stylized version of the early 1940s, the show incorporated a heavy helping of comic book cliches and contemporary 1970s kitsch to create a show that appealed to younger audiences.

Her earnest performance endeared her to fans and critics alike. Taking the role seriously -- but not too seriously -- Carter made Wonder Woman a respectable role model for a generation of children. Decades later, Carter still enjoyed a special icon status in the gay and lesbian community, particularly among Gen-Xers.

After a lengthy sabbatical from the spotlight for much of the 1980s and 1990s -- during which time she left Hollywood and started a family -- Carter returned to the public eye in the mid-2000s with a vengeance, appearing in a number of high-profile roles, including "The Dukes of Hazzard" and the family comedy "Sky High." On television, Carter guest-starred in a two-part storyline that began on "Law & Order" and concluded on its sister series, "Law & Order: SVU." From September to November 2005, Carter made her first appearance on stage, portraying Matron "Mama" Morton in the London production of "Chicago." year also marked the actress' first appearance on stage, when she won the role of Matron 'Mama' Morton in the West End production of "Chicago."

In 2006, she guest-starred in the made-for-cable vampire film Slayer. The following year, Carter returned to the DC Comics' television world in the "Smallville" episode "Progeny," playing Chloe Sullivan's Kryptonite-empowered mother.

Carter has also been a voice actress, lending her voice to video games including The Elder Scrolls series.

In May 2007, Carter began touring the U.S. with her one-woman musical cabaret show, "An Evening with Lynda Carter." She has played engagements at such venues as Feinstein's At Loews Regency in New York, Jazz at Lincoln Center, The Kennedy Center in Washington, DC, the Plush Room in San Francisco and The Catalina Jazz Club in Los Angeles. In June 2009, her second album, At Last, was released and reached #10 on Billboard's Jazz Albums chart.

In a 2008 interview with People magazine, Carter stated that she had in the past entered a rehabilitation clinic for treatment of alcoholism and that she had been sober for nearly 10 years at that point.

On April 3, 2018, Carter received a well-deserved star on the Hollywood Walk of Fame.

In 2003, Carter revealed that her mother had suffered from IBS for over 30 years, resulting in Carter touring the country as an advocate and spokesperson.

Carter is also a staunch advocate and supporter of Susan G. Komen for the Cure, pro-choice rights for women and legal equality for LGBTQ people. She was the Grand Marshal for the 2011 Phoenix Pride & 2011 New York Pride Parades, as well as the 2013 Capital Pride Parade in Washington, D.C.

Contact a speaker booking agent to check availability on Lynda Carter and other top speakers and celebrities. 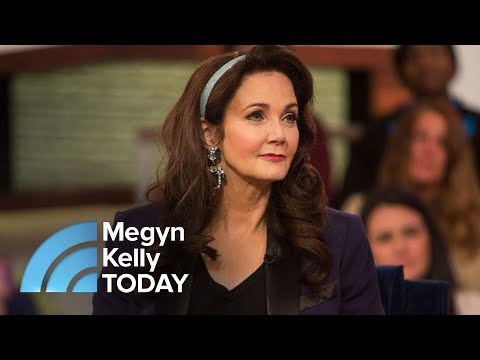 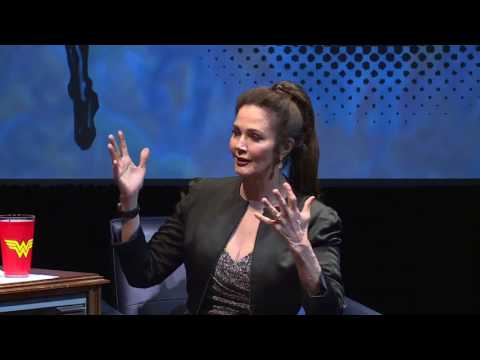 How to book Lynda Carter?

Our booking agents have successfully helped clients around the world secure talent like Lynda Carter for speaking engagements, personal appearances, product endorsements, or corporate entertainment for over 15 years. The team at All American Entertainment represents and listens to the needs of organizations and corporations seeking to hire keynote speakers, celebrities or entertainers. Fill out a booking request form for Lynda Carter, or call our office at 1.800.698.2536 to discuss your upcoming event. One of our experienced agents will be happy to help you get pricing information and check availability for Lynda Carter or any other celebrity of your choice.

How much does it cost to book Lynda Carter?

Booking fees for Lynda Carter, or any other speakers and celebrities, are determined based on a number of factors and may change without notice. Pricing often varies according to the circumstances, including the talent's schedule, market conditions, length of presentation, and the location of the event. Speaker fees listed on this website are intended to serve as a guideline only. In some cases, the actual quote may be above or below the stated range. For the most current fee to hire Lynda Carter, please fill out the booking request form or call our office at 1.800.698.2536 to speak with an experienced booking agent.

Who is the agent for Lynda Carter?

All American Entertainment has successfully secured celebrity talent like Lynda Carter for clients worldwide for more than 15 years. As a full-service talent booking agency, we have access to virtually any speaker or celebrity in the world. Our agents are happy and able to submit an offer to the speaker or celebrity of your choice, letting you benefit from our reputation and long-standing relationships in the industry. Fill out the booking request form or call our office at 1.800.698.2536, and one of our agents will assist you to book Lynda Carter for your next private or corporate function.

All American Speakers is a "buyers agent" and exclusively represents talent buyers, meeting planners and event professionals, who are looking to secure celebrities and speakers for personal appearances, speaking engagements, corporate entertainment, public relations campaigns, commercials, or endorsements. We do not exclusively represent Lynda Carter or claim ourselves as the exclusive booking agency, business manager, publicist, speakers bureau or management for Lynda Carter or any other speaker or celebrity on this website. For more information on how we work and what makes us unique, please read the AAE Advantage.

Lynda Carter is a keynote speaker and industry expert who speaks on a wide range of topics . The estimated speaking fee range to book Lynda Carter for your event is $30,000 - $50,000. Lynda Carter generally travels from Maryland, USA and can be booked for (private) corporate events, personal appearances, keynote speeches, or other performances. Similar motivational celebrity speakers are Viola Davis, Amy Poehler, Amy Schumer, Rashida Jones and Julia Louis-Dreyfus. Contact All American Speakers for ratings, reviews, videos and information on scheduling Lynda Carter for an upcoming event.

Executive Producer & Host of This is Life on CNN

Golden Globe and Emmy Award Winning Actress, Known for her role as "Krystle Carrington" from Dynasty

Actress, Singer & Author of "High on Arrival: A Memoir"