After graduating from Saint Catherine’s Indian High School in May 1998, Petry spent the next year working with his father and grandfather at Pecos Public Transportation working in the maintenance department and making signs at AI Signs.

In September 1999, Petry enlisted in the United States Army from his hometown in New Mexico, something he wanted to do since he was 7-years-old. Petry then volunteered for the 75th Ranger Regiment because of its reputable history.

After completion of One Station Unit Training, the Basic Airborne Course and the Ranger Assessment and Selection Program – all at Fort Benning – Petry was assigned to 2nd Battalion, 75th Ranger Regiment. He served as a grenadier, squad automatic rifleman, fire team leader, squad leader, operations sergeant and a weapons squad leader.

He has deployed eight times in support of overseas contingency operations with two tours to Iraq and six tours to Afghanistan.

At the time of the May 26, 2008 combat engagement, Petry was a Staff Sergeant Squad Leader assigned to Co. D, 2nd Bn., 75th Ranger Regiment at Joint Base Lewis-McChord, Wash.

Petry plans to retire from the Army after many more years of service. Petry enjoys serving in the Army, and has a great opportunity to work with the care coalition; in his words, "If I can’t go to the fight, I can help the men who are wounded, injured or ill."

Petry and his wife have four children. His father lives in Pecos, N.M., and his mother lives in Bernalillo, N.M. Petry has four brothers and when he is not spending time with his family, he enjoys golf, pheasant hunting and fishing. He is currently attending Pierce College at Joint Base Lewis-McChord, Wash., with plans for a Bachelor of Science degree in business management.

Contact a speaker booking agent to check availability on Leroy A. Petry and other top speakers and celebrities. 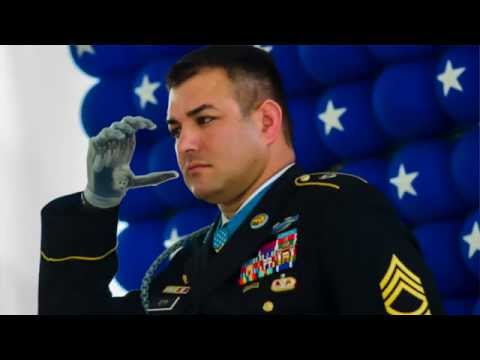 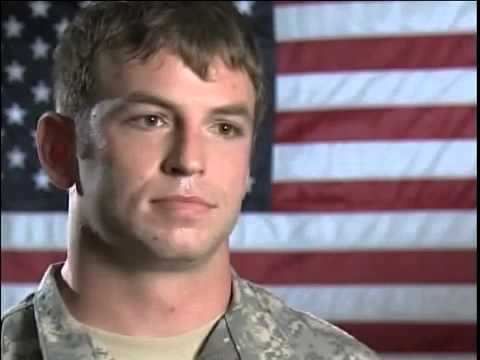 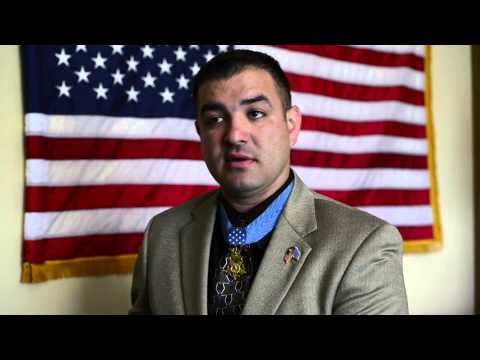 FAQs on booking Leroy A. Petry

How to book Leroy A. Petry?

Our booking agents have successfully helped clients around the world secure talent like Leroy A. Petry for speaking engagements, personal appearances, product endorsements, or corporate entertainment for over 15 years. The team at All American Entertainment represents and listens to the needs of organizations and corporations seeking to hire keynote speakers, celebrities or entertainers. Fill out a booking request form for Leroy A. Petry, or call our office at 1.800.698.2536 to discuss your upcoming event. One of our experienced agents will be happy to help you get pricing information and check availability for Leroy A. Petry or any other celebrity of your choice.

How much does it cost to book Leroy A. Petry?

Booking fees for Leroy A. Petry, or any other speakers and celebrities, are determined based on a number of factors and may change without notice. Pricing often varies according to the circumstances, including the talent's schedule, market conditions, length of presentation, and the location of the event. Speaker fees listed on this website are intended to serve as a guideline only. In some cases, the actual quote may be above or below the stated range. For the most current fee to hire Leroy A. Petry, please fill out the booking request form or call our office at 1.800.698.2536 to speak with an experienced booking agent.

Who is the agent for Leroy A. Petry?

All American Entertainment has successfully secured celebrity talent like Leroy A. Petry for clients worldwide for more than 15 years. As a full-service talent booking agency, we have access to virtually any speaker or celebrity in the world. Our agents are happy and able to submit an offer to the speaker or celebrity of your choice, letting you benefit from our reputation and long-standing relationships in the industry. Fill out the booking request form or call our office at 1.800.698.2536, and one of our agents will assist you to book Leroy A. Petry for your next private or corporate function.

All American Speakers is a "buyers agent" and exclusively represents talent buyers, meeting planners and event professionals, who are looking to secure celebrities and speakers for personal appearances, speaking engagements, corporate entertainment, public relations campaigns, commercials, or endorsements. We do not exclusively represent Leroy A. Petry or claim ourselves as the exclusive booking agency, business manager, publicist, speakers bureau or management for Leroy A. Petry or any other speaker or celebrity on this website. For more information on how we work and what makes us unique, please read the AAE Advantage.

Leroy A. Petry is a keynote speaker and industry expert who speaks on a wide range of topics . The estimated speaking fee range to book Leroy A. Petry for your event is $10,000 - $20,000. Leroy A. Petry generally travels from Fort Benning, GA, USA and can be booked for (private) corporate events, personal appearances, keynote speeches, or other performances. Similar motivational celebrity speakers are Viola Davis, Amy Poehler, Amy Schumer, Rashida Jones and Julia Louis-Dreyfus. Contact All American Speakers for ratings, reviews, videos and information on scheduling Leroy A. Petry for an upcoming event.

Provide you with speaking fee to book Leroy A. Petry or other celebrity appearance fees

Speakers Similar to Leroy A. Petry

Retired U.S. Marine, Youngest Living Medal of Honor Recipient, Author, "You Are Worth It: Building a Life Worth Fighting For"

Former Commander of USS Benfold; Author of "It's Your Ship"