One of America's Brightest Political Comedians

Kate Clinton is a faith-based, tax-paying, America-loving political humorist and family entertainer. With a career spanning thirty-five years, Kate is at the top of her game, ready to stand up to the mic and bon mot her way through presidential campaigns, LGBTQ movements in transition, sports, religion, media and more. For info on this multi-talented and multi-platformed author, actress, stand-up humorist, activist, fundraising auctioneer and social mediatrix.

This year Kate’s Hello Katey! A One Woman Pussy Riot tour will make stops throughout the US and Canada. Kate’s previous tours include: #KateClinton (2014), SIS-BOOM-BAH (2013), All Fracked Up (2012), The GLEE Party (2011), Lady HAHA ( 2010) Yes on K8 (2009), Hilarity Clinton (2008), and Climate Change (2007). In April, 2010 Kate took part in BACK TO BACK, a special performance with Lily Tomlin in New York. In 2006, Kate Clinton celebrated her 25th Anniversary of performing with a 50-city It’s Come To This! tour. A documentary DVD of her hilarious performance is available with extra features along the tour route, of rare interviews, backstage banter, readings from her book, and celebrity cameo appearances.

Kate has performed nationally since 1981 from Joe’s Pub in New York City to the Park West in Chicago to the Herbst Theater in San Francisco, and back to New York for several off-Broadway runs, with hundreds of comedy club dates in between. She opened for the Labelle Reunion Show at the Apollo. She appeared in the True Colors show at Radio City Music Hall. “HITCHCOCK MEETS HILARIOUS” TALKBACK TUESDAY SERIES featured Kate last year. Kate has performed at Nothin’ Like a Dame, an annual star-studded Broadway gala performance and event featuring women from stage, film, and the performing arts. She has been featured at comedy festivals including CTBS Comedy Festival in Las Vegas, Just for Laughs in Montreal, the Toyota Comedy Festival in New York, and Marshall’s Women in Comedy Festival. She has come a long way from those first performances in Unitarian Church basements. She still prays to the Unit. Her two decades plus of material are on record in her nine comedy collections, including Lady HAHA, Climate Change, Comedy You Can Dance To, Read These Lips and The Marrying Kind.

Kate’s third book I Told You So is a hilarious, bittersweet, politically acute survival guide. It is also available as an audiobook. Her second book, What The L? is a laugh-out-loud collection of dangerous humor from one of the all-time-favorite lesbian comics living under one of the all-time-worst presidents. In 2005 it was nominated in the humor category for the prestigious 2005 Lambda Literary Award, considered to be the highest accolade for a book from the LGBT community. Her first book, Don’t Get Me Started, was published by Ballantine in 1998. The audio companion was named one of 1998’s Best Audiobooks by Publishers Weekly. Both Don’t Get Me Started and What The L? are available as e-books. Kate’s work is also included in the following books: The L Life, It Gets Better: Coming Out, Overcoming Bullying, and Creating a Life Worth Living.

Kate is multi-formatted to the max. She blogs, vlogs, twitters, friends, facebooks. The portal to all this fun is her recently upgraded website Kateclinton.com. Kate’s weekly video blog is must-see TV. In it she is an Andrea Rooney pleasantly kvetching about the news and views of the day. But without the eyebrow problem. Kate writes bi-monthly columns for The Progressive and a monthly column in the Washington Blade which she waxes comical and philosophical about the state of our nation and those who have put us in such a state.

Kate also blogs for Huffington Post, dot429, The Progressive, The San Francisco Bay Times, Bilerico and Olivia Connect. She has written for The New York Times, Women’s Review Of Books, and The Advocate among other publications. Kate served as a writer on The Rosie O’Donnell Show during its rollout period in 1996.

A respected and sought-after member of the Commentariat, she has appeared on the Rachel Maddow Show, SMASH, Joy Behar Show, Good Morning America, Nightline, Entertainment Tonight, The Rosie O’Donnell Show, The L Word, numerous news and talk shows on Comedy Central, Lifetime, LOGO, Oxygen, MSNBC, CNN, and C-Span. She hosted In The Life, and The World According To Us. Her one woman show, Talking A Blue Streak, was broadcast on hereTV! and later released as a DVD. In 2012 Kate presented her Ted Talk: TedX Women about humor as a tool of activism and how laughter can change the world.

Kate’s opening ceremony performance in Chicago at Gay Games VII was released on the official Gay Games DVD in 2006. In January 2009, on the night before the inauguration of President Obama, when the White House was still a crime scene, Kate organized the Sage the White House action. With thousands present and with many tuned in from around the world, Kate banished the evil spirits of eight year’s of Geore Bush’s ruinous residency. In hindsight, they should also have saged Congress.

In addition to live performance, Kate appeared in the film The Secret Lives of Dentists directed by Alan Rudolph and is one of four lesbian comics featured in Laughing Matters and is featured in Clambake a history of Provincetown. She is the narrator’s voice in Joan Biren’s documentary No Secrets Anymore – the Times of Del Martin and Phyllis Lyons and has a cameo appearance in Dee Mosbacher’s documentary Radical Harmonies. Also narrated by Kate Clinton, Mom’s Apple Pie: The Heart of the Lesbian Mothers’ Custody Movement (October 2006) revisits the early tumultuous years of the lesbian custody movement through the stories of five lesbian mothers and their four children. This year Kate will appear in the documentary OUT in America.

Kate has taught humor writing at the prestigious Fine Arts Work Center in Provincetown, MA where poet laureate Robert Pinsky and Pulitzer Prize winning author Michael Cunningham have also taught. She lectures widely on humor and the uses of humor in cultural change.

As an actress, humorist, panelist and host, Kate has worked with some of the great writers and performers of our time. Kate participated in a staged reading of Tony Kushner’s play, SLAVS at the Walter Kerr Theatre in New York. Kate was a panelist in a public discussion Satire in America and hosted an evening at The Kennedy Center when Richard Pryor received the first-ever Mark Twain Award. At New York’s 92nd St. Y she interviewed Calvin Trillin and Harry Shearer and took part in Leonard Lopate’s Politics is Funny Business.

Kate emceed the AMFAR Seasons of Hope event where awards were presented to Quincy Jones, Sharon Stone and Robin Williams. At Columbia University’s Graduate School of Journalism, she joined Dick Cavett, and Moderator Ted Koppel for the Alfred I. DuPont Forum Money, Humor & Spin in Election 2000 broadcast on PBS.

Kate has emceed hundreds of fundraising dinners and events which have raised millions of dollars for The National Center for Lesbian Rights, the Ms. Foundation, the New York City LGBT Community Center, Creating Change, the Gill Foundation, and the STREB dance lab to name a few.

She has received awards from the National Gay and Lesbian Task Force, Lambda Legal Defense and Education Fund, and at the 2007 GLAAD Media Awards, Kate Clinton was presented with the Pioneer Award. In 2009 Kate was presented with SAGE’s Ken Dawson Advocacy Award.

“Kate Clinton has held the mirror that reflects every single issue that has faced us for the last 25 years. We’ve laughed with her, we’ve cried with her, and we’ve been changed by her,” said Kate Kendell, Executive Director of the National Center for Lesbian Rights.

Contact a speaker booking agent to check availability on Kate Clinton and other top speakers and celebrities. 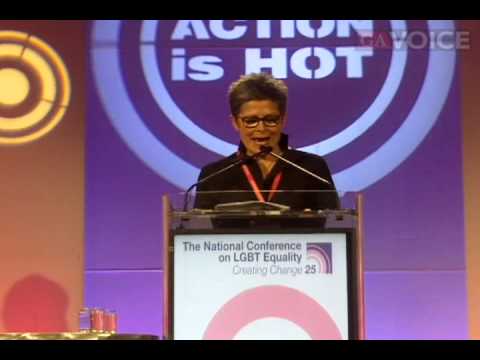 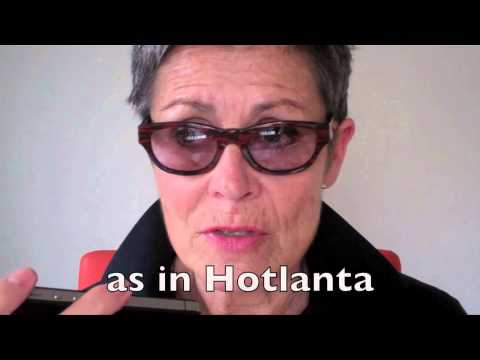 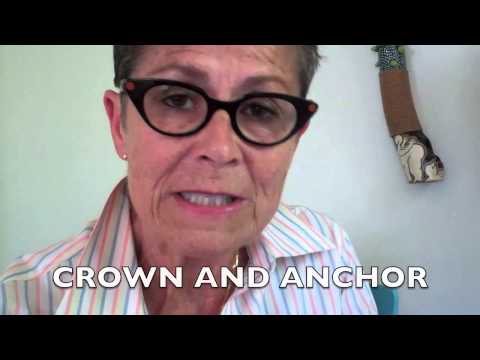 I Told You So

Don't Get Me Started

How to book Kate Clinton?

Our booking agents have successfully helped clients around the world secure talent like Kate Clinton for speaking engagements, personal appearances, product endorsements, or corporate entertainment for over 15 years. The team at All American Entertainment represents and listens to the needs of organizations and corporations seeking to hire keynote speakers, celebrities or entertainers. Fill out a booking request form for Kate Clinton, or call our office at 1.800.698.2536 to discuss your upcoming event. One of our experienced agents will be happy to help you get pricing information and check availability for Kate Clinton or any other celebrity of your choice.

How much does it cost to book Kate Clinton?

Booking fees for Kate Clinton, or any other speakers and celebrities, are determined based on a number of factors and may change without notice. Pricing often varies according to the circumstances, including the talent's schedule, market conditions, length of presentation, and the location of the event. Speaker fees listed on this website are intended to serve as a guideline only. In some cases, the actual quote may be above or below the stated range. For the most current fee to hire Kate Clinton, please fill out the booking request form or call our office at 1.800.698.2536 to speak with an experienced booking agent.

Who is the agent for Kate Clinton?

All American Entertainment has successfully secured celebrity talent like Kate Clinton for clients worldwide for more than 15 years. As a full-service talent booking agency, we have access to virtually any speaker or celebrity in the world. Our agents are happy and able to submit an offer to the speaker or celebrity of your choice, letting you benefit from our reputation and long-standing relationships in the industry. Fill out the booking request form or call our office at 1.800.698.2536, and one of our agents will assist you to book Kate Clinton for your next private or corporate function.

All American Speakers is a "buyers agent" and exclusively represents talent buyers, meeting planners and event professionals, who are looking to secure celebrities and speakers for personal appearances, speaking engagements, corporate entertainment, public relations campaigns, commercials, or endorsements. We do not exclusively represent Kate Clinton or claim ourselves as the exclusive booking agency, business manager, publicist, speakers bureau or management for Kate Clinton or any other speaker or celebrity on this website. For more information on how we work and what makes us unique, please read the AAE Advantage.

Kate Clinton is a keynote speaker and industry expert who speaks on a wide range of topics . The estimated speaking fee range to book Kate Clinton for your event is $10,000 - $30,000. Kate Clinton generally travels from and can be booked for (private) corporate events, personal appearances, keynote speeches, or other performances. Similar motivational celebrity speakers are Viola Davis, Amy Poehler, Amy Schumer, Rashida Jones and Julia Louis-Dreyfus. Contact All American Speakers for ratings, reviews, videos and information on scheduling Kate Clinton for an upcoming event. 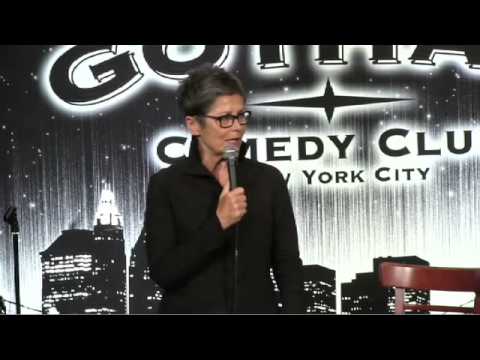