He has also been voted both Best Jazz and Best Rock Guitarist in the Playboy magazine readers' poll numerous times. Jose has received over 40 gold and platinum records, has won 14 Grammy nominations and six Grammy awards, and has earned countless prestigious awards the world over.Constantly in demand to perform all over the world, Jose has played before royalty and behind what used to be the Iron Curtain. He has enjoyed performing with top symphony orchestras, including the London Symphony, the Los Angeles Philharmonic, and the famous Vienna Symphony. He has also appeared on major television shows worldwide and done a number of his own television specials.

Jose was born blind, to humble beginnings, on September 10, 1945 in Lares, Puerto Rico. One of 11 boys, Jose began his love affair with music at the age of three when he first accompanied his uncle on a tin cracker can. When he was five, his family emigrated to New York City. Young Jose learned to play a concertina at age six, using a handful of records as his teacher. At eight, he performed for his classmates at P.S. 57 and, at nine, performed at the Puerto Rican Theater. Wanting to venture beyond the accordion, he taught himself to play the guitar with undaunted determination and, again, nothing but records as his teacher for as many as 14 hours a day. Exposed to the rock-n-roll of the 1950s, Jose was then inspired to sing.

At 17 Jose quit school. His father was not working at the time, and he needed to help his family. He played coffee houses in Greenwich Village, and for his salary they passed the hat. He played his first professional engagement that year in Detroit. Shortly thereafter, a music critic writing of his performance at Gerde's Folk City referred to him as a "ten-fingered wizard who romps, runs, rolls, picks, and reverberates his six strings in an incomparable fashion." He added, "If you want to witness the birth of a star, catch Mr. Feliciano before he leaves tomorrow night." By the time he was 23, he had won two Grammy awards, performed over much of the world, and recorded songs in four languages. But Jose was not satisfied. He desired to expand his career to include acting and made a number of dramatic TV appearances.

In the 1990s, he ventured into something new, accepting an invitation from legendary author Ray Bradbury to write the music to his play The Wonderful Ice Cream Suit; Mr. Feliciano did so with the grace of a veteran, adding again to his list of achievements in the category of musical assignments that, until then, had included only television and film scores.

One of Jose's most memorable moments came the day he joined other entertainment legends in having his star permanently implanted on the Hollywood Walk of Fame. (Jose has also been given a star on the Walk of Fame in his native Puerto Rico, alongside Jose Ferrer and Raul Julia. In addition, during August of 1997, Jose had his hands cast for the world famous Wall of Hands in Madam Tussaud's in London. Jose's hands are placed next to those of Andrew Lloyd Weber and Michael Jackson. The induction took place June 1998.)

Mr. Feliciano earned his sixth Grammy award in 1991 and is the only performer who has won pop music awards in two language categories. On January 8, 1997 Jose's Americano album was nominated for a Grammy, marking his 14th nomination.

He is one of the only artists to sign a multi-tier record contract with a major label, to record English pop, Spanish pop, and classical music. The city government of New York City honored Jose by renaming Public School 155 in East Harlem and dedicating it as The Jose Feliciano Performing Arts School.

In August 1995, Jose co-headlined with: Paul Simon and James Taylor at the internationally acclaimed Back to the Ranch Benefit on Long Island for an estimated 12,000 people. In the past, artists such as Billy Joel and Sting have been invited to perform in this show. Jose was honored to be ranked among the performers invited to co-headline this unique benefit.

Throughout 1995, Jose performed on various television specials in the United States, Canada, England, Switzerland, Poland, Japan, the Philippines, Hungary, Vienna, Germany, the United Arab Emirates, Chile, Argentina, Brazil, and Italy. Jose also had a cameo appearance in that season's hit motion picture, Fargo, in which he acts and performs. In March 1995, he taped a TV special for PBS in which he performed with the Puerto Rican Symphony. In May 1995, he taped TV specials in both New Zealand and Korea. Towards the end of 1995, he completed the recording of a double album entitled “Present Tense.” Jose was selected to receive the honor of Billboard magazine's Lifetime Achievement Award at the Latin Music Awards in Miami on May 1,1996.

Jose has recorded over 60 albums in his impressive career. Still humble with all the successes he has had, Jose feels that his career is just beginning and that he has just started to share his talents with the world.

Contact a speaker booking agent to check availability on Jose Feliciano and other top speakers and celebrities. 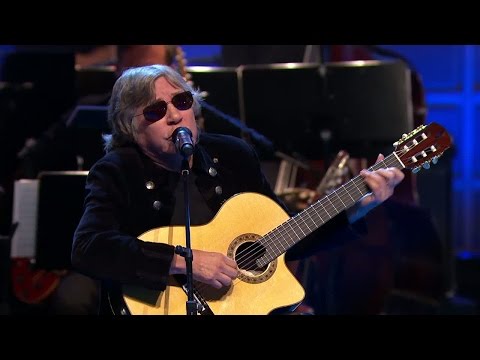 How to book Jose Feliciano?

Our booking agents have successfully helped clients around the world secure talent like Jose Feliciano for speaking engagements, personal appearances, product endorsements, or corporate entertainment for over 15 years. The team at All American Entertainment represents and listens to the needs of organizations and corporations seeking to hire keynote speakers, celebrities or entertainers. Fill out a booking request form for Jose Feliciano, or call our office at 1.800.698.2536 to discuss your upcoming event. One of our experienced agents will be happy to help you get pricing information and check availability for Jose Feliciano or any other celebrity of your choice.

How much does it cost to book Jose Feliciano?

Booking fees for Jose Feliciano, or any other speakers and celebrities, are determined based on a number of factors and may change without notice. Pricing often varies according to the circumstances, including the talent's schedule, market conditions, length of presentation, and the location of the event. Speaker fees listed on this website are intended to serve as a guideline only. In some cases, the actual quote may be above or below the stated range. For the most current fee to hire Jose Feliciano, please fill out the booking request form or call our office at 1.800.698.2536 to speak with an experienced booking agent.

Who is the agent for Jose Feliciano?

All American Entertainment has successfully secured celebrity talent like Jose Feliciano for clients worldwide for more than 15 years. As a full-service talent booking agency, we have access to virtually any speaker or celebrity in the world. Our agents are happy and able to submit an offer to the speaker or celebrity of your choice, letting you benefit from our reputation and long-standing relationships in the industry. Fill out the booking request form or call our office at 1.800.698.2536, and one of our agents will assist you to book Jose Feliciano for your next private or corporate function.

All American Speakers is a "buyers agent" and exclusively represents talent buyers, meeting planners and event professionals, who are looking to secure celebrities and speakers for personal appearances, speaking engagements, corporate entertainment, public relations campaigns, commercials, or endorsements. We do not exclusively represent Jose Feliciano or claim ourselves as the exclusive booking agency, business manager, publicist, speakers bureau or management for Jose Feliciano or any other speaker or celebrity on this website. For more information on how we work and what makes us unique, please read the AAE Advantage.

Jose Feliciano is a keynote speaker and industry expert who speaks on a wide range of topics . The estimated speaking fee range to book Jose Feliciano for your event is $10,000 - $75,000. Jose Feliciano generally travels from Connecticut, USA and can be booked for (private) corporate events, personal appearances, keynote speeches, or other performances. Similar motivational celebrity speakers are Viola Davis, Amy Poehler, Amy Schumer, Rashida Jones and Julia Louis-Dreyfus. Contact All American Speakers for ratings, reviews, videos and information on scheduling Jose Feliciano for an upcoming event.

Blind Retired Judge for the California Dept. of Social Services; Author of "The Soul's Mirror: Reflections on the Fullness of Life"

Inspirational Speaker & Author of "More Than Meets the Eye"

Singer, Actor, Motivational Speaker & Author of "Get Fired Up Without Burning Out!"

Actor, Best Known for "13 Reasons Why"

Mexican Actress Who Stars on the ABC Legal Drama Series, "How to Get Away with Murder"

Pop Singer-Songwriter & Actress; Known for her Roles in "The Fosters," "CSI: Cyber" and "Scooby Doo"

Professor of Sociology at Duke University & Author of "Racism without Racists"

Anchor for Univision & Fusion; Regarded as the Best-Known Spanish-Language News Anchor in the U.S.