Morgan was born in Seattle, Washington, the son of Sandy Thomas and Richard Dean Morgan.

Morgan was a basketball player in high school and university. He was a graphic artist for a time, until he helped a friend move to Los Angeles.

Starting with the 1991 movie Uncaged, Morgan has appeared in 15 feature films. The bulk of Morgan's work has been in television.

He was the star of the 1996–1997 television series The Burning Zone; his character, Dr. Edward Marcase, appeared in 10 out of 19 episodes that season.

Since 2000, he has amassed a number of credits in television series such as ER, JAG, Walker, Texas Ranger, Angel, Tru Calling, CSI: Crime Scene Investigation, Sliders, The O.C., and Monk.

In 2005 and 2006, Morgan simultaneously appeared in three separate television series: On the CW series Supernatural as John Winchester, the mysterious father of Sam (Jared Padalecki) and Dean (Jensen Ackles); in a recurring role on ABC's Grey's Anatomy as heart transplant patient Denny Duquette, who carried on a relationship with intern Izzie Stevens (Katherine Heigl).

He also appeared in two episodes as Judah Botwin on the Showtime series Weeds. Morgan's three roles are notable in that all three of the characters are now deceased, two of whom died onscreen.

Morgan at the Twilight premiere, November 2008 Morgan was cast in a new project by Grey's Anatomy creator Shonda Rhimes. The series, tentatively titled "Correspondents", was to have started production in summer 2007.

ABC picked up a spin-off of Grey's Anatomy, called Private Practice, that was also created by Rhimes, and that project has rendered the future of "Correspondents" uncertain. Morgan is also among the cast of a movie that is based on a novel by the Irish novelist Cecelia Ahern, PS, I Love You, which starred two-time Oscar winner Hilary Swank and featured Gerard Butler and James Marsters.

Morgan had to take a crash course on how to play the guitar for his part in the film, and was excited to find out the producers had gotten Nancy Wilson of Heart to train him, since, by his own admission, he "had a huge crush" on her since childhood. The movie was released on December 21, 2007.

Another 2007 film starring Morgan is The Accidental Husband, which finished filming in New York City in March 2007 and was not released on DVD until 2009. Morgan portrayed The Comedian, a cigar-chomping antihero, in Watchmen, based on Alan Moore's graphic novel.

The same year, he appeared in Taking Woodstock, directed by Ang Lee. He also played 'Clay' in a comic book movie adaptation of The Losers, co-starring Zoe Saldana, Idris Elba and Chris Evans.

In 2008, he starred in the thriller The Resident, working again with Hilary Swank, and the drama film Days of Wrath.

Shanghai, starring John Cusack and Chow Yun-fat, is a drama set in 1941, in the months before the Attack on Pearl Harbor, about an Expatriate in Shanghai.

He signed on with director Michael J. Bassett to play detective John Calisto in the serial killer thriller The Unblinking Eye and appeared in the Texas crime thriller Texas Killing Fields as a homicide detective.

He stars in the television drama series Magic City, which centers on mob life in 1950s Miami.

He appeared in Sam Raimi's horror thriller The Possession, which co-starred Kyra Sedgwick as his wife, in August 2012, as well as the war film Red Dawn, in November 2012.

In Red Dawn, a young-adult action film in which North Korean soldiers invade the U.S., Morgan played a sergeant major.

Contact a speaker booking agent to check availability on Jeffrey Dean Morgan and other top speakers and celebrities. 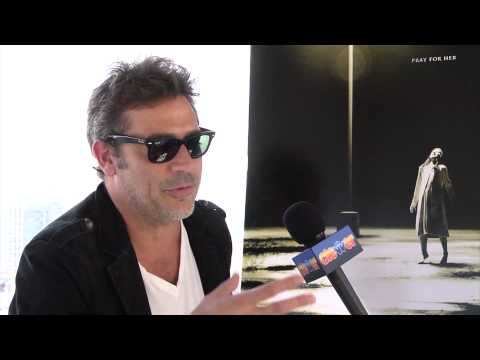 How to book Jeffrey Dean Morgan?

Our booking agents have successfully helped clients around the world secure talent like Jeffrey Dean Morgan for speaking engagements, personal appearances, product endorsements, or corporate entertainment for over 15 years. The team at All American Entertainment represents and listens to the needs of organizations and corporations seeking to hire keynote speakers, celebrities or entertainers. Fill out a booking request form for Jeffrey Dean Morgan, or call our office at 1.800.698.2536 to discuss your upcoming event. One of our experienced agents will be happy to help you get pricing information and check availability for Jeffrey Dean Morgan or any other celebrity of your choice.

How much does it cost to book Jeffrey Dean Morgan?

Booking fees for Jeffrey Dean Morgan, or any other speakers and celebrities, are determined based on a number of factors and may change without notice. Pricing often varies according to the circumstances, including the talent's schedule, market conditions, length of presentation, and the location of the event. Speaker fees listed on this website are intended to serve as a guideline only. In some cases, the actual quote may be above or below the stated range. For the most current fee to hire Jeffrey Dean Morgan, please fill out the booking request form or call our office at 1.800.698.2536 to speak with an experienced booking agent.

Who is the agent for Jeffrey Dean Morgan?

All American Entertainment has successfully secured celebrity talent like Jeffrey Dean Morgan for clients worldwide for more than 15 years. As a full-service talent booking agency, we have access to virtually any speaker or celebrity in the world. Our agents are happy and able to submit an offer to the speaker or celebrity of your choice, letting you benefit from our reputation and long-standing relationships in the industry. Fill out the booking request form or call our office at 1.800.698.2536, and one of our agents will assist you to book Jeffrey Dean Morgan for your next private or corporate function.

All American Speakers is a "buyers agent" and exclusively represents talent buyers, meeting planners and event professionals, who are looking to secure celebrities and speakers for personal appearances, speaking engagements, corporate entertainment, public relations campaigns, commercials, or endorsements. We do not exclusively represent Jeffrey Dean Morgan or claim ourselves as the exclusive booking agency, business manager, publicist, speakers bureau or management for Jeffrey Dean Morgan or any other speaker or celebrity on this website. For more information on how we work and what makes us unique, please read the AAE Advantage.

Actor Known For "The Walking Dead"

Actor Known for "Parks & Recreation" & "Guardians of the Galaxy"

Actor; Best Known for His Role in "The Social Network"

Actor; Best Known as Daryl Dixon on "The Walking Dead"

Film and Television Actress; Best Known for her Role as Abby Whelan in the ABC Drama "Scandal"

British Actor, Best Known for His Role in Showtime's "Homeland" and "Billions"