Truly enjoyed working with the entire team over at AAE. Everyone was very enjoyable and friendly.

"Wow—Herm was spectacular. We had an amazing experience with him and he was exactly what we were looking for in a speaker!"

Whether it is his faith, his family, or his football team, Edwards exudes passion in all areas of his life. That energetic and enthusiastic approach best defines how he approached his task as the former head coach of the Kansas City Chiefs. That same energy and enthusiasm will be directed to Edwards’ new role as in-studio NFL analyst for ESPN. Edwards has become one of five coaches in NFL history to take two different teams to the playoffs in their debut seasons with them and he will use this diverse background in pro football to be one of the most informed and educated analysts on television today.

In 2006, he became the first head coach in franchise history to guide the Chiefs to the playoffs in his initial season with the club. In his debut campaign with Kansas City, he posted a 9-7 record, a mark that tied for the most victories by a first-year coach in franchise annals.

In total, there were 11 NFL squads that began the 2006 campaign with an 0-2 record, but the Chiefs were the only member of that group to reach the playoffs. In fact, Kansas City became just the fifth team since 2000 and only the 18th squad since ‘90 to bounce back from an 0-2 start and still earn a spot in the postseason.

Embarking on his seventh season as an NFL head coach in 2007 and his 28th overall season in the league as either a player, a scout, an assistant coach, or a head coach, Edwards’ diverse background in pro football provides him with a unique perspective on how to build and lead a team. During his previous 27 seasons in the NFL, Edwards’ teams have reached the playoffs on His initial NFL coaching experience came with the Chiefs at training camp in ‘89 as the recipient of the club’s Minority Coaching Fellowship. Edwards is the first graduate of the Minority Coaching Fellowship to go on to become the head coach of the franchise for which he served his fellowship.

Edwards joined the Chiefs after posting a 39-41 record in five seasons as head coach of the N.Y. Jets (2001-05), the third-highest victory total. Edwards was on the sideline for five postseason contests with the Jets, the best total of any coach in team annals. He registered 35 victories with the Jets from 2001-04, tying Walton (’83-86) for the most regular season wins by any coach in his initial four years with that team.

During Edwards’ tenure in New York, his Jets squad was the NFL’s least-penalized team from 2001-05, getting flagged just 399 times for 3,236 yards over that five-year span, totals that were both the lowest in the league

The Fort Monmouth, New Jersey native is one of eight former NFL players who are currently serving as head coaches in the league. He enjoyed a 10-year pro playing career from ‘77-86, spending the first nine of those seasons with Philadelphia. Despite his undrafted status, Edwards was in the starting lineup by his first preseason game as a rookie and never missed a start during his nine-year tenure as a cornerback with the Eagles, opening a remarkable 135 consecutive regular season contests.

He earned second-team All-NFC honors in ‘80 and played an instrumental role on a hard-hitting Philadelphia defense that helped boost the Eagles to a berth in Super Bowl XV that season. He totaled 33 interceptions for 98 yards with one TD during his tenure with that franchise. In fact, no Philadelphia player owns more than Edwards’ 38 combined interceptions in regular and postseason action. His 33 regular season INTs are the third-best career tally in Eagles history, just one off of the team record of 34.   Edwards concluded his NFL playing career by announcing his retirement on November 11, 1986, after playing in seven games for the Los Angeles Rams and Atlanta that season. He embarked on his coaching career the following year, serving as defensive backs coach at San Jose State (’87-89).

Edwards served as Kansas City’s defensive backs coach from ‘92-94 and after a one-year stint as a pro personnel scout with Kansas City in ‘95, Edwards moved with Dungy to Tampa Bay in ‘96. In 2001 after Edwards’ departed for New York.

Edwards began his collegiate playing career at the University of California in ‘72. After spending the ‘73 campaign at Monterey Peninsula Junior College, he returned to Cal for the ‘74 campaign. After transferring to San Diego State in ‘75, he concluded his playing career with the Aztecs as a senior in ’76.

Throughout his career, Edwards has used his position in the league to serve as a positive role model and has been involved in numerous charitable efforts and philanthropic endeavors along with his wife, Lia. The many noteworthy causes supported by the Edwards’ in New York included the Diabetes Research Institute, the Leukemia and Lymphoma Society and the Breast Cancer Research Foundation. In 2003, Edwards was appointed as a charter member of the Fritz Pollard Alliance, which serves as a conduit between NFL minority coaches and league executives. He was also named to the Positive Coaching Alliance’s National Advisory Committee in 2003, an organization that promotes coaching in a positive manner. In 2002, he was named the Big Brother of the Year by the Catholic Big Brothers For Boys and Girls in New York.

Since returning to Kansas City, Edwards has reconnected with the local Boys & Girls Clubs. He has also been an active participant in the All Pro Dad initiative, a parenting program that has received national recognition. The Edwards’ are also active supporters of the Juvenile Diabetes Research Foundation in Kansas City.

Throughout the years, Edwards has participated in golf tournaments and football camps that have benefited youths and worthy causes across the country. He began his hands-on participation in supporting charitable causes as a player, founding the Herm Edwards Youth Foundation in ‘85. For 11 years, the Youth Foundation hosted the Herm Edwards Charity Golf Classic that raised funds for the Boys & Girls Club in Seaside, California. Wanting to make an even more direct impact on the lives of underprivileged children on the Monterey Peninsula in California through his foundation, Edwards solicited the support of his friends and family, as well as players and coaches throughout the league to conduct The Herm Edwards Youth Football Camp, which is entering its 12th season in 2007. The camp is free to all participants and in recent years, upwards of 700 children have taken advantage of this opportunity to hone their football skills and learn valuable life lessons from some of the NFL’s finest teachers. In May of this year, Edwards brought his camp to Kansas City, where 1,100 youths participated in a two-day event at the Chiefs practice facility.

Edwards was born on April 27, 1954 in Fort Monmouth, New Jersey and was raised in Seaside, California.

Contact a speaker booking agent to check availability on Herman "Herm" Edwards and other top speakers and celebrities. 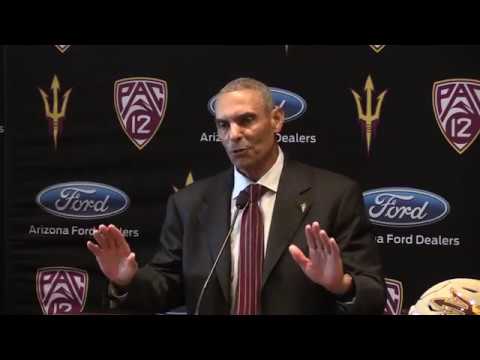 You Play to Win The Game

How to book Herman "Herm" Edwards?

Our booking agents have successfully helped clients around the world secure talent like Herman "Herm" Edwards for speaking engagements, personal appearances, product endorsements, or corporate entertainment for over 15 years. The team at All American Entertainment represents and listens to the needs of organizations and corporations seeking to hire keynote speakers, celebrities or entertainers. Fill out a booking request form for Herman "Herm" Edwards, or call our office at 1.800.698.2536 to discuss your upcoming event. One of our experienced agents will be happy to help you get pricing information and check availability for Herman "Herm" Edwards or any other celebrity of your choice.

How much does it cost to book Herman "Herm" Edwards?

Booking fees for Herman "Herm" Edwards, or any other speakers and celebrities, are determined based on a number of factors and may change without notice. Pricing often varies according to the circumstances, including the talent's schedule, market conditions, length of presentation, and the location of the event. Speaker fees listed on this website are intended to serve as a guideline only. In some cases, the actual quote may be above or below the stated range. For the most current fee to hire Herman "Herm" Edwards, please fill out the booking request form or call our office at 1.800.698.2536 to speak with an experienced booking agent.

Who is the agent for Herman "Herm" Edwards?

All American Entertainment has successfully secured celebrity talent like Herman "Herm" Edwards for clients worldwide for more than 15 years. As a full-service talent booking agency, we have access to virtually any speaker or celebrity in the world. Our agents are happy and able to submit an offer to the speaker or celebrity of your choice, letting you benefit from our reputation and long-standing relationships in the industry. Fill out the booking request form or call our office at 1.800.698.2536, and one of our agents will assist you to book Herman "Herm" Edwards for your next private or corporate function.

All American Speakers is a "buyers agent" and exclusively represents talent buyers, meeting planners and event professionals, who are looking to secure celebrities and speakers for personal appearances, speaking engagements, corporate entertainment, public relations campaigns, commercials, or endorsements. We do not exclusively represent Herman "Herm" Edwards or claim ourselves as the exclusive booking agency, business manager, publicist, speakers bureau or management for Herman "Herm" Edwards or any other speaker or celebrity on this website. For more information on how we work and what makes us unique, please read the AAE Advantage.