General Zinni joined the Marine Corps in 1961 and was commissioned an infantry second lieutenant in 1965 upon graduation from Villanova University.

General Zinni joined the Marine Corps in 1961 and was commissioned an infantry second lieutenant in 1965 upon graduation from Villanova University. He has held numerous command and staff assignments that include platoon, company, battalion, regimental, Marine expeditionary unit, and Marine expeditionary force command. His staff assignments included service in operations, training, special operations, counter-terrorism and manpower billets. He has also been a tactics and operations instructor at several Marine Corps schools and was selected as a fellow on the Chief of Naval Operations Strategic Studies Group. General Zinni's joint assignments include command of a joint task force and a unified command. He has also had several joint and combined staff billets at task force and unified command levels.

His military service has taken him to over 70 countries including deployments to the Mediterranean, the Caribbean, the Western Pacific, Northern Europe and Korea. He has also served tours in Okinawa and Germany. His operational experiences include two tours in Vietnam, emergency relief and security operations in the Philippines, Operation Provide Comfort in Turkey and northern Iraq, Operation Provide Hope in the former Soviet Union, Operations Restore Hope, Continue Hope, and United Shield in Somalia, Operations Resolute Response and Noble Response in. Kenya, Operations Desert Thunder, Desert Fox, Desert Viper, Desert Spring, Southern Watch and the Maritime Intercept Operations in the Persian Gulf, and Operation Infinite Reach against terrorist targets in the Central Region. He was involved in the planning and execution of Operation Proven Force and Operation Patriot Defender in support of the Gulf War and noncombatant evacuation operations in Liberia, Zaire, Sierra Leone, and Eritrea. He has also participated in presidential diplomatic missions to Somalia, Pakistan, and Ethiopia-Eritrea and State Department missions involving the Israeli-Palestinian conflict and conflicts in Indonesia and the Philippines.

He has attended numerous military schools and courses including the Army Special Warfare School, the Marine Corps Amphibious Warfare School, the Marine Corps Command and Staff College, and National War College. He holds a bachelor's degree in economics from Villanova University, a master's in international relations from Salvae Regina College, a master's in management and supervision from Central Michigan University, and honorary doctorate’s from The College of William and Mary and the Maine Maritime Academy.

He currently holds positions on several boards of directors and advisors of major U.S. companies and non-profit organizations. In addition he has held academic positions that include the Stanley Chair in Ethics at the Virginia Military Institute, the Nimitz Chair at the University of California-Berkeley, the Hofheimer Chair at the Joint Forces Staff College, the Harriman Professor of Government appointment and membership on the board of the Reves Center for International Studies at the College of William and Mary, the board of Villanova University’s Center for Responsible Leadership and Governance, and the Weissberg Chair in International Studies at Beloit College. He has worked with the University of California’s Institute on Global Conflict and Cooperation, the U.S. Institute of Peace, and the Henri Dunant Centre for Humanitarian Dialogue in Geneva. He is President of UCLA’s Center for Middle East Development. He is also a Distinguished Advisor at the Center for Strategic and International Studies, an Honorary Fellow at the Foreign Policy Association, and a member of the Council on Foreign Relations. He has also been appointed by the Governor as a member of the Virginia Commission on Military Bases.

Contact a speaker booking agent to check availability on Gen Anthony Zinni and other top speakers and celebrities. 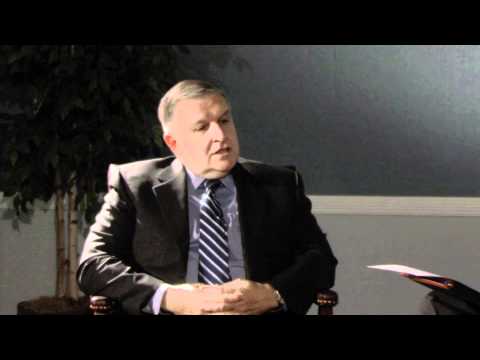 Leading the Charge: Leadership Lessons from the Battlefield to the Boardroom

The Battle for Peace: A Frontline Vision of America's Power and Purpose

How to book Gen Anthony Zinni?

Our booking agents have successfully helped clients around the world secure talent like Gen Anthony Zinni for speaking engagements, personal appearances, product endorsements, or corporate entertainment for over 15 years. The team at All American Entertainment represents and listens to the needs of organizations and corporations seeking to hire keynote speakers, celebrities or entertainers. Fill out a booking request form for Gen Anthony Zinni, or call our office at 1.800.698.2536 to discuss your upcoming event. One of our experienced agents will be happy to help you get pricing information and check availability for Gen Anthony Zinni or any other celebrity of your choice.

How much does it cost to book Gen Anthony Zinni?

Booking fees for Gen Anthony Zinni, or any other speakers and celebrities, are determined based on a number of factors and may change without notice. Pricing often varies according to the circumstances, including the talent's schedule, market conditions, length of presentation, and the location of the event. Speaker fees listed on this website are intended to serve as a guideline only. In some cases, the actual quote may be above or below the stated range. For the most current fee to hire Gen Anthony Zinni, please fill out the booking request form or call our office at 1.800.698.2536 to speak with an experienced booking agent.

Who is the agent for Gen Anthony Zinni?

All American Entertainment has successfully secured celebrity talent like Gen Anthony Zinni for clients worldwide for more than 15 years. As a full-service talent booking agency, we have access to virtually any speaker or celebrity in the world. Our agents are happy and able to submit an offer to the speaker or celebrity of your choice, letting you benefit from our reputation and long-standing relationships in the industry. Fill out the booking request form or call our office at 1.800.698.2536, and one of our agents will assist you to book Gen Anthony Zinni for your next private or corporate function.

All American Speakers is a "buyers agent" and exclusively represents talent buyers, meeting planners and event professionals, who are looking to secure celebrities and speakers for personal appearances, speaking engagements, corporate entertainment, public relations campaigns, commercials, or endorsements. We do not exclusively represent Gen Anthony Zinni or claim ourselves as the exclusive booking agency, business manager, publicist, speakers bureau or management for Gen Anthony Zinni or any other speaker or celebrity on this website. For more information on how we work and what makes us unique, please read the AAE Advantage.

Gen Anthony Zinni is a keynote speaker and industry expert who speaks on a wide range of topics . The estimated speaking fee range to book Gen Anthony Zinni for your event is $20,000 - $50,000. Gen Anthony Zinni generally travels from and can be booked for (private) corporate events, personal appearances, keynote speeches, or other performances. Similar motivational celebrity speakers are Viola Davis, Amy Poehler, Amy Schumer, Rashida Jones and Julia Louis-Dreyfus. Contact All American Speakers for ratings, reviews, videos and information on scheduling Gen Anthony Zinni for an upcoming event.

Ultra-marathon Runner and Adventurer; Host, "The Project"; Author of "Running for My Life"