Dubbed one of the world’s sexiest athletes, former Women’s Beach Volleyball League star and fitness icon Gabrielle Reece, also known as Gabby, possesses a look that conveys both athleticism and feminine beauty. At 6’3”, Gabby is a dominate force on and off the pro beach volleyball circuit. Her commanding presence, passion for healthy living, and fitness expertise makes her a popular public speaker on the subjects of health and wellness. She routinely provides advice and guidance on fitness, nutrition, and active living, via gabbyandlaird.com. An avid proponent of empowering people to take responsibility for their own health, plus truly authentic example of healthy living, Gabby has become a role model to women worldwide regarding how to achieve peak fitness, good health, and overall well-being for themselves and their entire family

In spring of 2012, Gabby was recently invited to Washington, DC to speak at the annual TEDMED conference on innovations in health and medicine. Gabby also has an ongoing relationship with the American Heart Association Teaching Gardens, an initiative benefiting needy schools through the planting of organic gardens, by which she speaks to children about the importance of eating healthy and regular exercise (www.takepart/teachinggarden). Additionally, to further help reverse the growing obesity crisis, Gabby has recently collaborated with her husband (surfing legend Laid Hamilton) to develop gabbyandlaird.com, a website dedicated to providing comprehensive fitness, nutrition, and motivational support to anyone looking to achieve a personal transformation to a healthier lifestyle.

Competing at the highest levels of woman’s volleyball throughout most of her life, including competing professionally when five months pregnant in the summer of 2007; Gabby has been a consistent inspiration to women to stay in shape, even during their pregnancy. After a brief hiatus to start her family, in the summer of 2010 Gabby returned to competitive pro beach volleyball’s AVP Tour, including an invitation to be the captain of Team Nike for a 4 on 4 exhibition tournament. Additionally, in the summer of 2010 Gabby was the face of “Lighten Up Your Summer,” a web series with Glo.com sponsored by Vaseline/ALOE Fresh. (www.glo.com/vaseline), and in May 2010 appeared as a feature trainer on NBC’s The Biggest Loser.

Gabby is also Nike’s first female athlete to design a shoe, and Nike’s first-ever female cross-training spokesperson. Working with Tinker Hatfield, designer of the Air Jordan, Nike Launched Gabby’s shoe the Air Trainer in 1994, the Air Patrol in 1995, the Air GR in 1997 and the Air GR II in 1998, her shoe eventually became the first women’s shoe to outsell the Air Jordan.

Gabby has most recently developed 48 functional training workouts specifically for women at GabbyandLaird.com. These workouts are designed to assist with everyday living, and have been developed to progressively allow women to advance form a beginner level to high-intensity sports performance conditioning over 120 days. As part of an overall healthy lifestyle program, Gabby has also provided comprehensive nutrition guidelines to assist woman in maximizing their results from their fitness program. Both the functional workouts and nutrition guidelines are free services available at gabbyandlaird.com

Beyond Gabby’s own websites, her health and fitness tips have appeared in Shape magazine, Conde Nast’s magazine, and Elle magazine. She was also a monthly contributing editor to Yahoo Health for several years, and has written for “The Huffington Post” and the “Los Angeles Times Magazine”. Gabby will soon be a contributor to Sharecare, the leading question-and-answer platform that allows experts to answer health and wellness questions.

In addition to providing extensive magazine content, Gabby has hosted ‘Insider Training’ on the Fit TV/Discovery channel, where she provided an inside look at professional athletes’ exercise regimens and what they eat (www.fittv.discovery.com/fansites/insidertraining). Gabby has also been a featured host of ESPN and NBC’s “Gravity Games”. Early in her television program hosting career, she won a huge following by taking risks road-lugging, white water kayaking, drag racing, surfing, and sky diving on “MTV Sports” and “The Extremists with Gabrielle Reece”, and she was a commentator at the 1998 Goodwill Games.

Gabby’s skills cross over onto the big screen where she played a pro beach volleyball player in ‘Cloud Nine’ with Bert Reynolds (2004), a guest star in ‘North Shore’ (2004) and as a physical trainer in the film ‘Gattica’ (1997). She has graced the cover of Sports Illustrated for Women, Travel & Leisure Golf, Women’s Sports & Fitness, Outside, Elle, Shape, Self, Harpers’ Bazaar, Volleyball, Fitness, Life, Vogue, Experience Life and People, and has regularly appeared on Good Morning America, The Today Show, and Chelsea Lately, as well as other top tier entertainment shows. Gabby is currently considering several invitations for various television hosting roles scheduled for 2013.

California born, Gabby is a mix of her mother from Long Island (where her height comes from), and her father from Trinidad (who died when she was five). Her trademark piece of jewelry, copied on a tattoo inside her right ankle, is a stylized sterling silver cross worn by her father. Raised on St. Thomas in the Virgin Islands, Gabby didn’t take up volleyball until in the 11th grade when she and her mother moved to St. Petersburg, Florida. Gabby won an athletic scholarship to Florida State University where she majored in Communications and played two seasons of volleyball before accepting offers from the modeling world in New York. She was only a sophomore at Florida State University when Elle named her “One of The Five Most Beautiful Women in The World”. Despite the allure of high paying modeling jobs, Gabby returned to the FSU campus and set two school volleyball records in solo blocks (240) and total blocks (747). Both records still stand today. In 1997, Florida State University inducted Gabby into the college’s Athletic Hall of Fame.

A Florida State star turned pro, Gabby trained hard to hone her skills in 2-person beach volleyball and competed domestically in the 1999-2000 Olympic 4 on 4 Challenge Series, and the 1999-2000 FIVB Beach Volleyball World Tour. In 1997, competing with the best global beach volleyball players ever assembled, Gabby’s 4-person team took first place at the first-ever Beach Volleyball World Championships. 1997 was Gabby’s fifth season as a team captain in the 4-person Women’s Beach Volleyball League (WBVL), and her fourth captaining Team Nike. Named the Offensive Player of the Year in 1994-95 and WBVL blocks leader, Gabby led the WBVL in kills four straight years in a row from 1993-1996.

Women’s Sports & Fitness named Gabby one of the ‘20 Most Influential Women in Sports’ (August 1997). Regarding their choice of Gabby for the issue’s cover, the magazine’s editor wrote, “Because I believe she represents, finally, the answer to all the image-questing pendulum swinging of the decades gone by. Who is the female athlete? She is everything once thought to be an inherent contradiction. She is strong and beautiful, sweaty and feminine, tough and ladylike.”

Contact a speaker booking agent to check availability on Gabby Reece and other top speakers and celebrities. 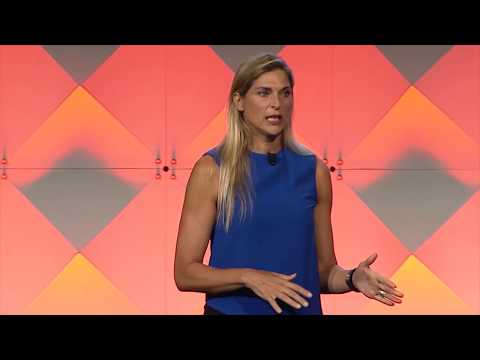 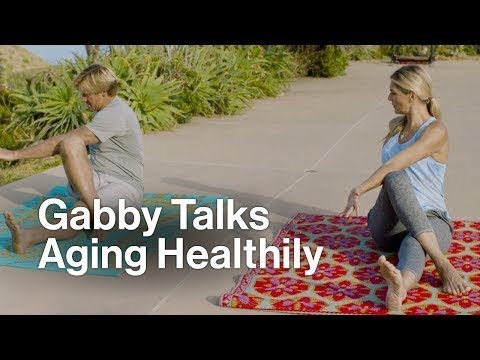 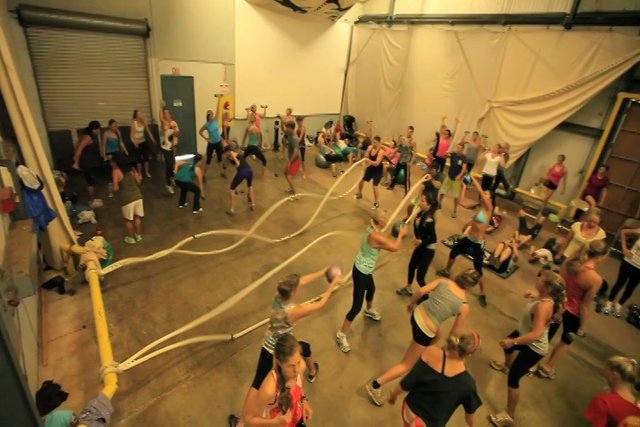 How to book Gabby Reece?

Our booking agents have successfully helped clients around the world secure talent like Gabby Reece for speaking engagements, personal appearances, product endorsements, or corporate entertainment for over 15 years. The team at All American Entertainment represents and listens to the needs of organizations and corporations seeking to hire keynote speakers, celebrities or entertainers. Fill out a booking request form for Gabby Reece, or call our office at 1.800.698.2536 to discuss your upcoming event. One of our experienced agents will be happy to help you get pricing information and check availability for Gabby Reece or any other celebrity of your choice.

How much does it cost to book Gabby Reece?

Booking fees for Gabby Reece, or any other speakers and celebrities, are determined based on a number of factors and may change without notice. Pricing often varies according to the circumstances, including the talent's schedule, market conditions, length of presentation, and the location of the event. Speaker fees listed on this website are intended to serve as a guideline only. In some cases, the actual quote may be above or below the stated range. For the most current fee to hire Gabby Reece, please fill out the booking request form or call our office at 1.800.698.2536 to speak with an experienced booking agent.

Who is the agent for Gabby Reece?

All American Entertainment has successfully secured celebrity talent like Gabby Reece for clients worldwide for more than 15 years. As a full-service talent booking agency, we have access to virtually any speaker or celebrity in the world. Our agents are happy and able to submit an offer to the speaker or celebrity of your choice, letting you benefit from our reputation and long-standing relationships in the industry. Fill out the booking request form or call our office at 1.800.698.2536, and one of our agents will assist you to book Gabby Reece for your next private or corporate function.

All American Speakers is a "buyers agent" and exclusively represents talent buyers, meeting planners and event professionals, who are looking to secure celebrities and speakers for personal appearances, speaking engagements, corporate entertainment, public relations campaigns, commercials, or endorsements. We do not exclusively represent Gabby Reece or claim ourselves as the exclusive booking agency, business manager, publicist, speakers bureau or management for Gabby Reece or any other speaker or celebrity on this website. For more information on how we work and what makes us unique, please read the AAE Advantage.

Gabby Reece is a keynote speaker and industry expert who speaks on a wide range of topics . The estimated speaking fee range to book Gabby Reece for your event is $20,000 - $50,000. Gabby Reece generally travels from Malibu, CA, USA and can be booked for (private) corporate events, personal appearances, keynote speeches, or other performances. Similar motivational celebrity speakers are Viola Davis, Amy Poehler, Amy Schumer, Rashida Jones and Julia Louis-Dreyfus. Contact All American Speakers for ratings, reviews, videos and information on scheduling Gabby Reece for an upcoming event. 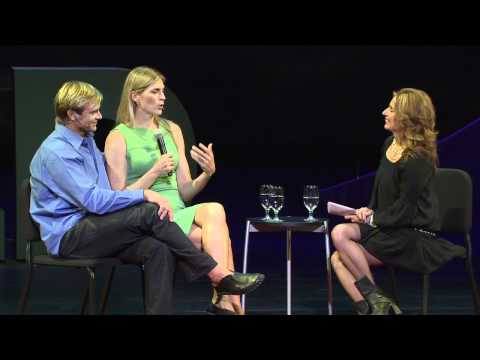 Writer, Producer & Entrepreneur; Known for "Us: Transforming Ourselves & The Relationships That Matter Most"