Wilson received a MacArthur Foundation "genius grant" in 1999 and the Larry Aldrich Foundation Award in 2003. Wilson represented the United States at the Biennial Cairo in 1992 and the Venice Biennale in 2003. In May 2008, it was announced that Wilson would become a Whitney Museum trustee replacing Chuck Close. Wilson is represented by The Pace Gallery in New York.

An alumnus of Music & Art High School in New York, Wilson received a BFA from SUNY Purchase in 1976, where he was the only black student in his program. He says that he no longer has a strong desire to make things with his hands. "I get everything that satisfies my soul," he says, "from bringing together objects that are in the world, manipulating them, working with spatial arrangements, and having things presented in the way I want to see them."

An installation artist and political activist, Wilson's subject is social justice and his medium is museology. In the 1970s, he worked as a free-lance museum educator for the American Museum of Natural History, the Metropolitan Museum of Art and the American Craft Museum. Beginning in the late 1980s, Wilson used his insider skills to create "Rooms with a View", a series of "mock museums" that address how museums consciously or unwittingly reinforce racist beliefs and behaviors. This strategy, which Wilson refers to as "a trompe l'oeil of museum space," has increasingly become the focus of his life's work.

From 1988 to 1992, Wilson served on the board of directors at Artists Space in TriBeCa, New York. He currently serves on the board of trustees of the Whitney Museum of American Art in New York.

In 1987, as part of his outdoor "Platform" series, Wilson created No Noa Noa, Portrait of a History of Tahiti, designed to illustrate "how Western societies turn Third World peoples into exotic sideshow creatures to entertain and titillate but who are not to be taken seriously."

In his 1992 seminal work co-organized with The Contemporary Museum, Mining the Museum, Wilson reshuffled the Maryland Historical Society's collection to highlight the history of Native and African Americans in Maryland. In 1994, Wilson continued in this vein with Insight: In Site: In Sight: Incite in Winston-Salem, North Carolina, where, according to art historian Richard J. Powell, his "re-positioning of historical objects and manipulation of exhibition labels, lighting, and other display techniques helped reveal aspects of the site's tragic African-American past that (because of the conspiratorial forces of time, ignorance, and racism) had largely become invisible."

In 2001, Wilson was the subject of a retrospective, Fred Wilson: Objects and Installations, 1979–2000, organized by Maurice Berger for the Center for Art and Visual Culture, University of Maryland, Baltimore County (UMBC), Baltimore County. The show traveled to numerous venues, including the Santa Monica Museum of Art, Berkeley Museum of Art, Blaffer Gallery (University of Houston), Tang Teaching Museum and Art Gallery (Skidmore College, Saratoga Springs, NY), The Addison Gallery of American Art in Andover, Massachusetts, Chicago Cultural Center, Studio Museum in Harlem. For the 2003 Venice Biennale, Wilson created a multi-media installation that borrowed its title from a line in Othello. His elaborate Venice work "Speak of Me as I Am" focused on representations of Africans in Venetian culture.

In 2009, Wilson was awarded the Cheek Medal by William & Mary's Muscarelle Museum of Art. The Cheek Medal is a national arts award given by The College of William & Mary to those who have contributed significantly to the field of museum, performing or visual arts.

2011 saw the publication of Fred Wilson: A Critical Reader by Ridinghouse, edited by Doro Globus. An anthology of critical texts about and interviews with the artist, this publication focuses on the artist's pivotal exhibitions and projects, and includes a wide range of significant texts that mark the critical reception of Wilson's work over the last two decades.

Contact a speaker booking agent to check availability on Fred Wilson and other top speakers and celebrities. 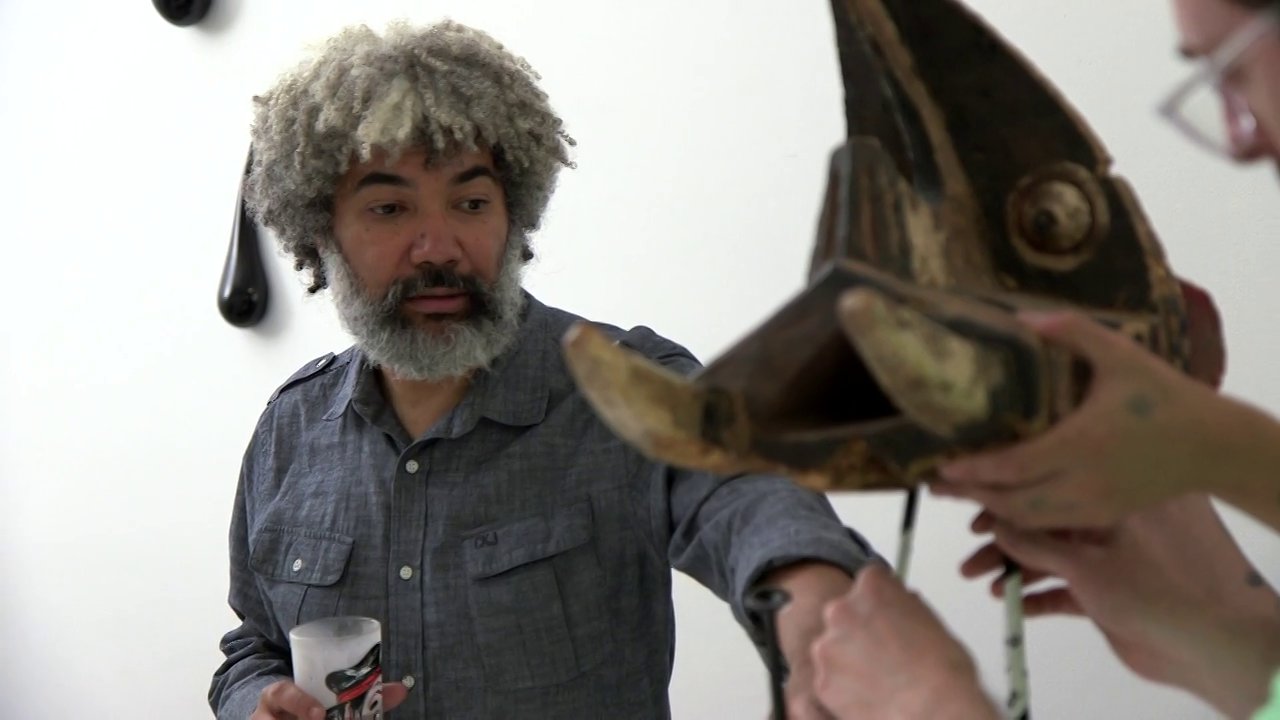 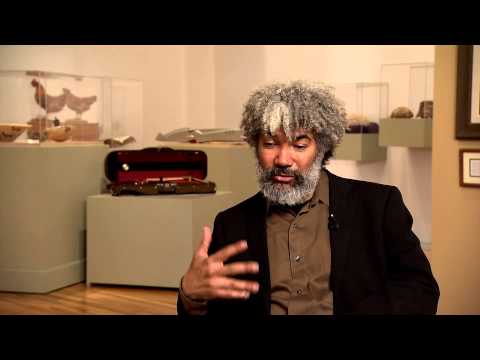 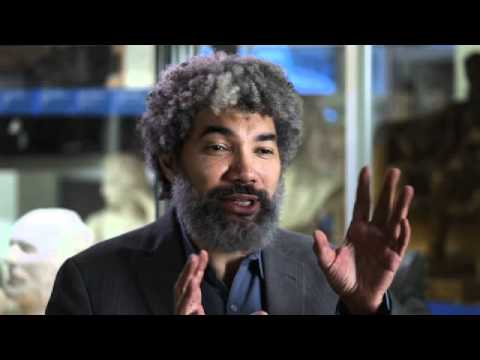 How to book Fred Wilson?

Our booking agents have successfully helped clients around the world secure talent like Fred Wilson for speaking engagements, personal appearances, product endorsements, or corporate entertainment for over 15 years. The team at All American Entertainment represents and listens to the needs of organizations and corporations seeking to hire keynote speakers, celebrities or entertainers. Fill out a booking request form for Fred Wilson, or call our office at 1.800.698.2536 to discuss your upcoming event. One of our experienced agents will be happy to help you get pricing information and check availability for Fred Wilson or any other celebrity of your choice.

How much does it cost to book Fred Wilson?

Booking fees for Fred Wilson, or any other speakers and celebrities, are determined based on a number of factors and may change without notice. Pricing often varies according to the circumstances, including the talent's schedule, market conditions, length of presentation, and the location of the event. Speaker fees listed on this website are intended to serve as a guideline only. In some cases, the actual quote may be above or below the stated range. For the most current fee to hire Fred Wilson, please fill out the booking request form or call our office at 1.800.698.2536 to speak with an experienced booking agent.

Who is the agent for Fred Wilson?

All American Entertainment has successfully secured celebrity talent like Fred Wilson for clients worldwide for more than 15 years. As a full-service talent booking agency, we have access to virtually any speaker or celebrity in the world. Our agents are happy and able to submit an offer to the speaker or celebrity of your choice, letting you benefit from our reputation and long-standing relationships in the industry. Fill out the booking request form or call our office at 1.800.698.2536, and one of our agents will assist you to book Fred Wilson for your next private or corporate function.

All American Speakers is a "buyers agent" and exclusively represents talent buyers, meeting planners and event professionals, who are looking to secure celebrities and speakers for personal appearances, speaking engagements, corporate entertainment, public relations campaigns, commercials, or endorsements. We do not exclusively represent Fred Wilson or claim ourselves as the exclusive booking agency, business manager, publicist, speakers bureau or management for Fred Wilson or any other speaker or celebrity on this website. For more information on how we work and what makes us unique, please read the AAE Advantage.

Fred Wilson is a keynote speaker and industry expert who speaks on a wide range of topics . The estimated speaking fee range to book Fred Wilson for your event is . Fred Wilson generally travels from and can be booked for (private) corporate events, personal appearances, keynote speeches, or other performances. Similar motivational celebrity speakers are Viola Davis, Amy Poehler, Amy Schumer, Rashida Jones and Julia Louis-Dreyfus. Contact All American Speakers for ratings, reviews, videos and information on scheduling Fred Wilson for an upcoming event.

Co-Founder & CEO of With Honor, Veteran and Author of "It Happened on the Way to War"

Renowned Economist & Author of "The Rise of the Creative Class"

Host of the YouTube Show "You Deserve A Drink"