Jal started his life as a child soldier in the war-torn region of Southern Sudan in the early 1980s. He was eventually rescued by a British aid worker Emma McCune and smuggled to Kenya where he overcame a huge number of struggles to become a successful and acclaimed recording artist and peace ambassador. He now lives in Toronto, Canada.

Jal has released several award-nominated studio albums, including Naath The Key, Gua, Ceasefire, Warchild, and See Me Mama. In June 2018, he released the joint album Naath, an infectious afrobeat-infused album with his highly talented sister Nyaruach. His live appearances have included Live 8, Nelson Mandela’s 90th Birthday Concert and the One Concert for his Holiness the Dalai Lama. He has collaborated and performed alongside artists such as Lauryn Hill, Xavier Rudd, Peter Gabriel, Nelly Furtado, Darryl “DMC” McDaniels, Joss Stone, Ed Sheeran, Nile Rodgers, and Alicia Keys.

Drawing on his personal experiences and background, he speaks and performs with a strong message of reconciliation and peace, and has addressed the UN, US Congress, the Carter Centre and the very highest level of several governments.

In 2008 a full-length documentary on his life was released. The film, Warchild, won 12 prestigious film festival awards worldwide. In the same year, his autobiography, also called "Warchild," was published by Little Brown.

Jal co-starred with Reese Witherspoon in the Warner Brothers motion picture, The Good Lie, which tells the story about the journey of four young Sudanese refugees (based on The Lost Boys of Sudan) who win a lottery for relocation to the United States. The film made its debut to rave reviews at the Toronto International Film Festival before being released in October 2014. Jal has also appeared as the adult lead in the major motion picture Africa United; a Pathé, UK Film Council and BBC Films presentation in association with Warner Bros, released in October 2010.

During his career, he has been involved with a number of global charity organizations, including the British Council, the Child Soldiers Initiative, Amnesty International and Oxfam. He has spoken alongside major players in the world of global humanitarianism, including Kofi Annan, Ban Ki-Moon and The Elders Group. Jal has been invited numerous times to speak at Richard Branson’s Virgin Unite conference on Necker Island on global leadership and philanthropy. He has continued to support and work alongside Amnesty International as one of their main spokespeople and has received numerous awards for his peace efforts in South Sudan including recognition from Ban Ki Moon at the UN.

In 2010, Jal released ‘We Want Peace’, part of a wider campaign of the same name that called for peace, protection, and justice for all of Sudan, as well as calling for an end to all conflicts that affect innocent people around the world. This campaign is supported by a number of A-list stars and leaders, including George Clooney, Alicia Keys, Richard Branson, Jimmy Carter, and Kofi Annan. Through social media and fan participation, the campaign has grown in strength and Jal’s message of peace has resonated particularly amongst young people, allowing them to connect to larger social and political issues through emotional empathy. With the support of organizations such as Free The Children, Amnesty International, Ford Foundation, Humanity United, and many others, Jal has taken ‘We Want Peace’ on the road and spoken to hundreds of thousands of young people from all over the world, touring across Mexico, the UK, the US, Africa, Canada, Australia, and Asia. Often these tours include visits to community centers, youth detention centers and prisons where Jal has been able to speak first hand to young people who have become disengaged with education and society.

For his outstanding commitment to peacebuilding, Jal has been awarded the Vaclav Havel International Prize for Creative Dissent 2018, Desmond Tutu Reconciliation Award 2017, Hero in the global campaign against violent extremism – UNESCO 2016, The Hunt Humanitarian Award, The Dresden Peace Prize and The Common Ground Award amongst others. In 2012, he was asked to be a Young Global Leader for the World Economic Forum, and he has performed at the G20 summit in Mexico.

Jal is also the creator of Jal Gua, a gluten-free superfood powder made of organic sorghum and organic moringa, which has 140% iron, 45% Vitamin C and 40% Vitamin B1 of the daily recommended intake.

Jal's greatest passion is his charity which he founded in 2009 Gua Africa which supports those affected by war and poverty from South Sudan. The charity has trained and educated South Sudanese refugees to become first-class professionals in medicine, law, and education.

Contact a speaker booking agent to check availability on Emmanuel Jal and other top speakers and celebrities. 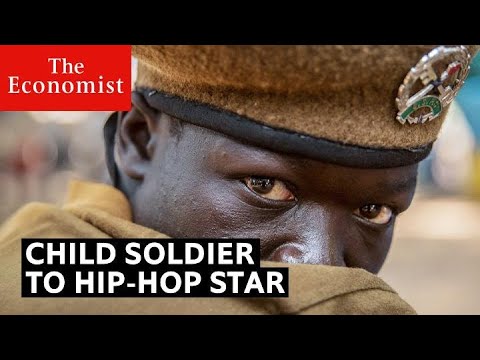 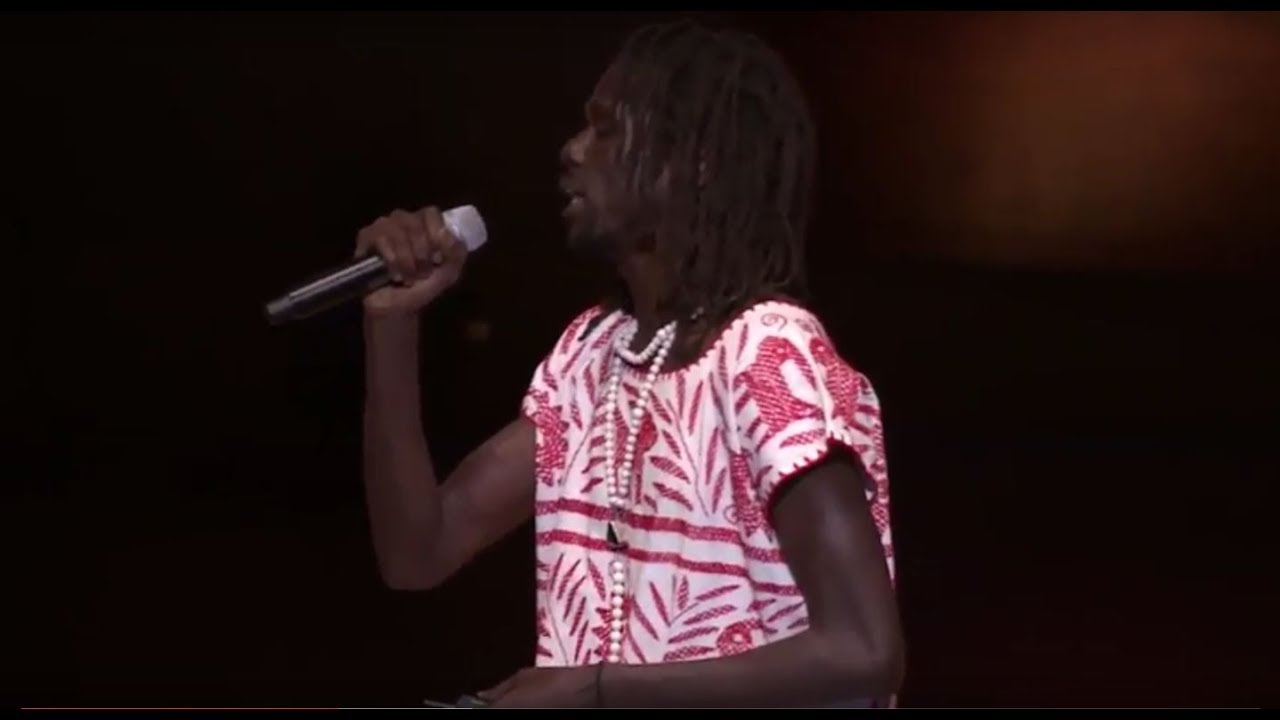 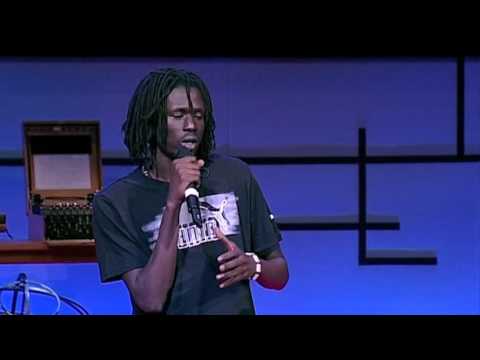 Emmanuel Jal: The music of a war child
See All Videos »

How to book Emmanuel Jal?

Our booking agents have successfully helped clients around the world secure talent like Emmanuel Jal for speaking engagements, personal appearances, product endorsements, or corporate entertainment for over 15 years. The team at All American Entertainment represents and listens to the needs of organizations and corporations seeking to hire keynote speakers, celebrities or entertainers. Fill out a booking request form for Emmanuel Jal, or call our office at 1.800.698.2536 to discuss your upcoming event. One of our experienced agents will be happy to help you get pricing information and check availability for Emmanuel Jal or any other celebrity of your choice.

How much does it cost to book Emmanuel Jal?

Booking fees for Emmanuel Jal, or any other speakers and celebrities, are determined based on a number of factors and may change without notice. Pricing often varies according to the circumstances, including the talent's schedule, market conditions, length of presentation, and the location of the event. Speaker fees listed on this website are intended to serve as a guideline only. In some cases, the actual quote may be above or below the stated range. For the most current fee to hire Emmanuel Jal, please fill out the booking request form or call our office at 1.800.698.2536 to speak with an experienced booking agent.

Who is the agent for Emmanuel Jal?

All American Entertainment has successfully secured celebrity talent like Emmanuel Jal for clients worldwide for more than 15 years. As a full-service talent booking agency, we have access to virtually any speaker or celebrity in the world. Our agents are happy and able to submit an offer to the speaker or celebrity of your choice, letting you benefit from our reputation and long-standing relationships in the industry. Fill out the booking request form or call our office at 1.800.698.2536, and one of our agents will assist you to book Emmanuel Jal for your next private or corporate function.

All American Speakers is a "buyers agent" and exclusively represents talent buyers, meeting planners and event professionals, who are looking to secure celebrities and speakers for personal appearances, speaking engagements, corporate entertainment, public relations campaigns, commercials, or endorsements. We do not exclusively represent Emmanuel Jal or claim ourselves as the exclusive booking agency, business manager, publicist, speakers bureau or management for Emmanuel Jal or any other speaker or celebrity on this website. For more information on how we work and what makes us unique, please read the AAE Advantage.

Emmanuel Jal is a keynote speaker and industry expert who speaks on a wide range of topics . The estimated speaking fee range to book Emmanuel Jal for your event is $30,000 - $50,000. Emmanuel Jal generally travels from Toronto, Canada and can be booked for (private) corporate events, personal appearances, keynote speeches, or other performances. Similar motivational celebrity speakers are Viola Davis, Amy Poehler, Amy Schumer, Rashida Jones and Julia Louis-Dreyfus. Contact All American Speakers for ratings, reviews, videos and information on scheduling Emmanuel Jal for an upcoming event.

Emmanuel Jal: The music of a war child 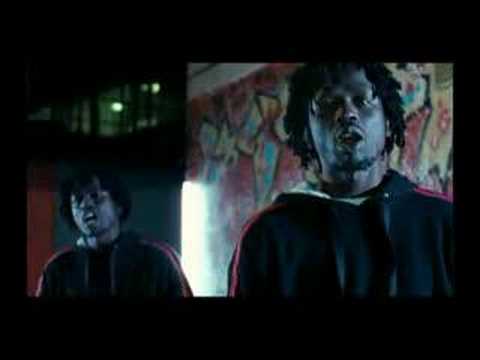 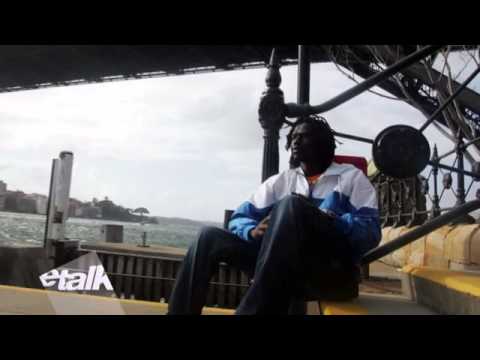 Actor & Director Known for "Roc" and "The Piano Lesson"

Inspirational Speaker & Author of "More Than Meets the Eye"