Heir to a Hollywood dynasty, child star, prepubescent drug and alcohol abuser, teenage sexpot, and resurrected vessel of celluloid purity, Drew Barrymore is nothing if not the embodiment of the rise and fall of Hollywood fortunes, self-reinvention, and the healing powers of good PR.

The granddaughter of John Barrymore and grandniece of Ethel Barrymore and Lionel Barrymore, Barrymore was born in Culver City, California on February 22, 1975. From there, she didn't waste much time getting in front of the cameras, making her first commercial at nine months and her first television movie, Suddenly Love, at the age of two.

Two years later, she made her film debut, appearing as William Hurt's daughter in Altered States (1980). At the advanced age of seven, Barrymore became a true celebrity, thanks to her role as the cherubic Gertie in Steven Spielberg's E.T. The Extra-Terrestrial.

The huge success of that 1982 film endeared Barrymore to millions of audience members, but following leads in two more films, Irreconcilable Differences and Firestarter (both 1984), the young actress began to succumb to a destructive lifestyle defined by drugs, alcohol, and too much partying. A child expected to behave like an adult, Barrymore began drinking at the age of nine and started taking drugs a short while later.

Unsurprisingly, observers began writing Barrymore off as just another failed child star when she was barely into her teens. She made a string of (largely forgettable) movies, many of which only reinforced her image as a has-been. However, in the middle of her teen years, Barrymore entered rehab, cleaned herself up, and wrote an autobiography, Little Girl Lost, which detailed her travails with drugs and alcohol.

In the early 1990s, she entered another phase in her career, gaining notoriety for playing a series of vampy, trampy trailer-park Lolitas. In this capacity, she turned in memorable performances in Poison Ivy (1992), the 1993 made-for-TV The Amy Fisher Story, and Batman Forever (1995), all of which featured her pouting seductively and showing more thigh than all the Rockettes combined.

Barrymore's on-screen antics were ably complemented by the off-screen reputation she was forming at the time: first she could be seen posing nude with then-boyfriend Jamie Walters on the cover of Interview magazine, then modeling for a series of racy Guess ads, flashing David Letterman during an appearance on The Late Show as a "birthday present" to the host, and finally posing nude for Playboy in 1995.

In 1996, Barrymore's image underwent an abrupt and effective transformation. With a brief but memorable role in Wes Craven's Scream and a lead in Woody Allen's Everyone Says I Love You that featured her as a Kelly Girl for the '90s, Barrymore's career received an adrenaline shot to the heart.

She began working steadily again, and she reshaped her offscreen persona into that of a delightful and sweet-natured girl trying to mend her ways. This new image was supported by her screen work, much of which featured her as a chaste heroine. Her starring role as the "real" Cinderella in Ever After (1998) was a good example, and it had the added advantage of turning out to be a fairly solid hit.

Barrymore's other major 1998 film, The Wedding Singer, was another hit, further enhancing her reputation as America's new sweetheart. The following year, the actress all but put the final nail in the coffin of her wild-child reputation of years past, starring as the nerdy, lovelorn twenty-something reporter who bears the titular condition of Never Been Kissed.

That movie not only marked a notable transition in Barrymore's reputation, but an advancement in her cinematic career as well. Expanding her role from actress to producer, Barrymore would continue starring in and producing such efforts as Charlie's Angels (2000), Donnie Darko (2001).

Though some may have suspected that her millenial transition from sweetheart to skull-cracker in Charlie's Angels may have signaled a shift towards more action oriented roles, Barrymore once again charmed audiences with another emotional comedy, Riding in Cars With Boys in 2001.

In the later 2000s into the 2010s, Barrymore stayed busy both acting and producing popular television shows and movies, such as "He's Just Not That Into You," "Santa Clarita Diet," "Rattled," "Tough Love" and a remake of "Charlie's Angels."

Contact a speaker booking agent to check availability on Drew Barrymore and other top speakers and celebrities. 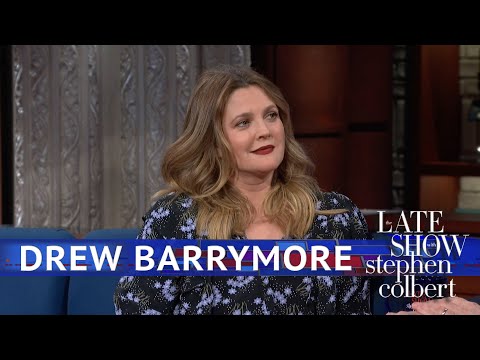 Drew Barrymore Has A Hidden Talent (In Her Shoes) 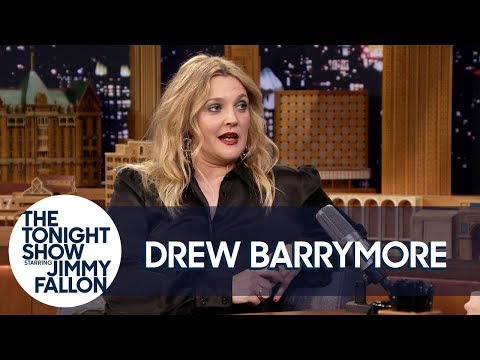 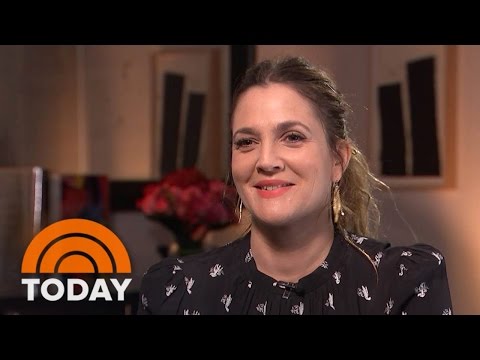 Find It in Everything

How to book Drew Barrymore?

Our booking agents have successfully helped clients around the world secure talent like Drew Barrymore for speaking engagements, personal appearances, product endorsements, or corporate entertainment for over 15 years. The team at All American Entertainment represents and listens to the needs of organizations and corporations seeking to hire keynote speakers, celebrities or entertainers. Fill out a booking request form for Drew Barrymore, or call our office at 1.800.698.2536 to discuss your upcoming event. One of our experienced agents will be happy to help you get pricing information and check availability for Drew Barrymore or any other celebrity of your choice.

How much does it cost to book Drew Barrymore?

Booking fees for Drew Barrymore, or any other speakers and celebrities, are determined based on a number of factors and may change without notice. Pricing often varies according to the circumstances, including the talent's schedule, market conditions, length of presentation, and the location of the event. Speaker fees listed on this website are intended to serve as a guideline only. In some cases, the actual quote may be above or below the stated range. For the most current fee to hire Drew Barrymore, please fill out the booking request form or call our office at 1.800.698.2536 to speak with an experienced booking agent.

Who is the agent for Drew Barrymore?

All American Entertainment has successfully secured celebrity talent like Drew Barrymore for clients worldwide for more than 15 years. As a full-service talent booking agency, we have access to virtually any speaker or celebrity in the world. Our agents are happy and able to submit an offer to the speaker or celebrity of your choice, letting you benefit from our reputation and long-standing relationships in the industry. Fill out the booking request form or call our office at 1.800.698.2536, and one of our agents will assist you to book Drew Barrymore for your next private or corporate function.

All American Speakers is a "buyers agent" and exclusively represents talent buyers, meeting planners and event professionals, who are looking to secure celebrities and speakers for personal appearances, speaking engagements, corporate entertainment, public relations campaigns, commercials, or endorsements. We do not exclusively represent Drew Barrymore or claim ourselves as the exclusive booking agency, business manager, publicist, speakers bureau or management for Drew Barrymore or any other speaker or celebrity on this website. For more information on how we work and what makes us unique, please read the AAE Advantage.

Drew Barrymore is a keynote speaker and industry expert who speaks on a wide range of topics . The estimated speaking fee range to book Drew Barrymore for your event is $200,000+. Drew Barrymore generally travels from Los Angeles, CA, USA and can be booked for (private) corporate events, personal appearances, keynote speeches, or other performances. Similar motivational celebrity speakers are Viola Davis, Amy Poehler, Amy Schumer, Rashida Jones and Julia Louis-Dreyfus. Contact All American Speakers for ratings, reviews, videos and information on scheduling Drew Barrymore for an upcoming event.

Drew Barrymore Has A Hidden Talent (In Her Shoes)

English Actress Known for Her Roles as Sansa Stark in "Game of Thrones" and Jean Grey in "X-Men: Apocalypse"