Inge Auerbacher was the last Jewish child born in Kippenheim, a village in South-Western Germany located at the foot of the Black Forest, close to the borders of France and Switzerland. She was the only child of Berthold and Regina Auerbacher (nee Lauchheimer.) Both of her parents came from observant Jewish families who had lived for many generations in Germany.

Inge's father was a soldier in the German Army during WWI. He was wounded badly and consequently awarded the Iron Cross for service to his country. Inge's father was a textile merchant and the family owned a large home in Kippenheim.

Christians and Jews lived peacefully together until the massive riot against the Jews in Germany and Austria on November 9-10, 1938. Inge was only three years old, but her memories of Kristallnacht (Night of Broken Glass) are still vivid. Her maternal Grandparents had come to visit. They lived a few hundred miles away in Jebenhausen, an even smaller village than Kippenheim. Her Grandfather was arrested in the synagogue while saying his morning prayers. Her father, grandfather and other Jewish males over the age of sixteen were sent to Dachau concentration camp. Every window in their house was broken. They had to hide in their backyard shed to save themselves from the rioting mob. Their beloved synagogue was severly damaged. Miraculously, both men were released from Dachau after a few weeks. They had both been treated very badly.

Inges family sold their house, and moved in with her grandparents in Jebenhausen in 1939. Here Inge had many Christian friends. Her grandfather soon died of a broken heart both spiritually and physically. He was bitterly disappointed in the country he loved.

Inge was only allowed to attend a Jewish school located a train-ride away in Stuttgart. She was forced to wear a yellow Star of David as a six year-old child. Her school career ended after six months when the transports to the East began.

All doors to the free world had been shut. There was no way to escape. The Holocaust was in full swing by the end of 1941. Her grandmother and other members of her family were sent to Riga in Latvia, where death by shooting awaited them; others were sent to Poland never to be heard of again.

Inge and her parents were deported in August, 1942. She was seven years old; the youngest in a transport of about twelve hundred people. Their destination was the Terezin (Theresienstadt) concentration camp in Czechoslovakia. She arrived clutching her beloved doll, Marlene.

Terezin was selected by the Nazis as a transit camp before inmates were to be deported to killing center further East, like Auschwitz. It consisted of large brick barracks, underground cells and broken down houses. It was sealed off from the outside world by high walls, wooden fences and barbed wire. Inges life in Terezin was a nightmare. Death, fear and hunger were her constant companions. She saw most of her friends sent to the gas chamber in Auschwitz. She contracted serious illnesses and spent months in the so-called hospital. She was in Terezin when the International Red Cross came to inspect the camp. Inge also remembers when the childrens opera Brundibar was performed.

After three long years, liberation came by the Soviet Army on May 8, 1945. Inge was 10 years old at the time.

Miraculously, Inge and both her parents survived. Marlene, Inge's beloved doll also made it through the terrible times. After a short stay in a Displaced Persons camp in Stuttgart, they returned to Jebenhausen. They learned that at least thirteen close relatives were slaughtered by the Nazis as well as many more of her extended family.

Inge and her parents immigrated to America in May, 1946. Inge was stricken with a deadly disease caused by years of malnutrition in the concentration camp. She was hospitalized for two years, and fought a valiant battle for many years to regain her strength. Although she had lost many years of schooling she graduated with honors from Bushwick High School in Brooklyn, New York after only three years in 1953. She completed a college degree (BS in Chemistry) in 1958, and continued with post-graduate work in Biochemistry. Inge worked for over 38 years as a chemist with prominent scientists in research and clinical work.

Inge's hobby is writing. More than 50 of her poems and numerous articles have been published. She was silent about her war experiences until 1981, when she wrote the lyrics "We Shall Never Forget". The music was written by her Christian friend, Rosalie Commentucci-OHara. This was the only original song presented at the first "World Gathering of Jewish Holocaust Survivors" in Jerusalem in 1981. More of her lyrics have been set to music by James Donenfeld, Barney Bragin and Cantor Sol Zim. Some have been recorded.

Inge has been lecturing on the Holocaust since 1981, and has spoken to thousands of people in the USA, Canada and Germany. She is fluent in German and English. Her audiences consist of school children, college students and adults of any ethnic background. She has appeared on many radio and television programs both in the USA and abroad. Prize-winning documentary films have been made about her, which have been shown in the USA and all over the world.

Her most recent film, Finding Dr. Shatz is based on her book Finding Dr. Schatz - The Discovery of Streptomycin and A Life It Saved.

Inge is the Author of the following best-selling and award-winning books: I Am A Star- Child of the Holocaust; Beyond the Yellow Star To America; Running Against the Wind; Finding Dr. Schatz - The Discovery of Streptomycin and A Life It Saved; Highway to New York; Children of Terror.

Contact a speaker booking agent to check availability on Dr. Inge Auerbacher and other top speakers and celebrities. 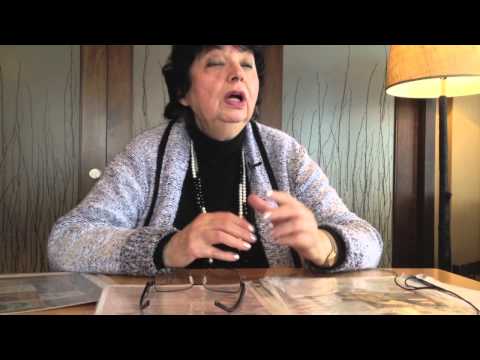 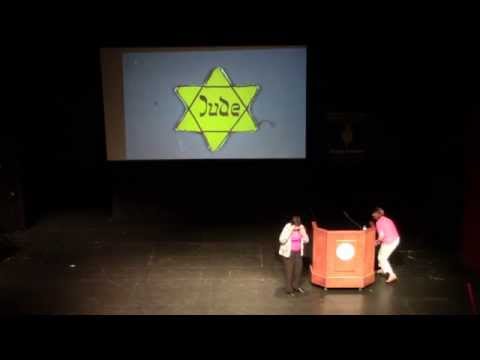 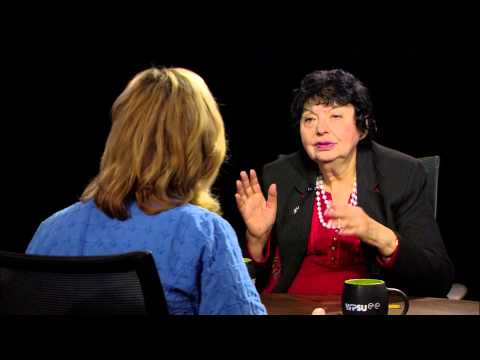 Finding Dr. Schatz: The Discovery of Streptomycin and A Life it Saved

Running Against The Wind

Beyond the Yellow Star to America

I Am a Star: Child of the Holocaust

How to book Dr. Inge Auerbacher?

Our booking agents have successfully helped clients around the world secure talent like Dr. Inge Auerbacher for speaking engagements, personal appearances, product endorsements, or corporate entertainment for over 15 years. The team at All American Entertainment represents and listens to the needs of organizations and corporations seeking to hire keynote speakers, celebrities or entertainers. Fill out a booking request form for Dr. Inge Auerbacher, or call our office at 1.800.698.2536 to discuss your upcoming event. One of our experienced agents will be happy to help you get pricing information and check availability for Dr. Inge Auerbacher or any other celebrity of your choice.

How much does it cost to book Dr. Inge Auerbacher?

Booking fees for Dr. Inge Auerbacher, or any other speakers and celebrities, are determined based on a number of factors and may change without notice. Pricing often varies according to the circumstances, including the talent's schedule, market conditions, length of presentation, and the location of the event. Speaker fees listed on this website are intended to serve as a guideline only. In some cases, the actual quote may be above or below the stated range. For the most current fee to hire Dr. Inge Auerbacher, please fill out the booking request form or call our office at 1.800.698.2536 to speak with an experienced booking agent.

Who is the agent for Dr. Inge Auerbacher?

All American Entertainment has successfully secured celebrity talent like Dr. Inge Auerbacher for clients worldwide for more than 15 years. As a full-service talent booking agency, we have access to virtually any speaker or celebrity in the world. Our agents are happy and able to submit an offer to the speaker or celebrity of your choice, letting you benefit from our reputation and long-standing relationships in the industry. Fill out the booking request form or call our office at 1.800.698.2536, and one of our agents will assist you to book Dr. Inge Auerbacher for your next private or corporate function.

All American Speakers is a "buyers agent" and exclusively represents talent buyers, meeting planners and event professionals, who are looking to secure celebrities and speakers for personal appearances, speaking engagements, corporate entertainment, public relations campaigns, commercials, or endorsements. We do not exclusively represent Dr. Inge Auerbacher or claim ourselves as the exclusive booking agency, business manager, publicist, speakers bureau or management for Dr. Inge Auerbacher or any other speaker or celebrity on this website. For more information on how we work and what makes us unique, please read the AAE Advantage.

Provide you with speaking fee to book Dr. Inge Auerbacher or other celebrity appearance fees

Professor of Education at the American Jewish University, pioneer in the field of Jewish family education

Nationally Known Author & Lifelong Civil Rights Activist; One of the Founders of the New Left