David William Duchovny was born on August 7, 1960, in New York City, New York, USA. His mother was a school teacher, his father a writer and publicist who worked for the American Jewish Committee. David has a sister, Laurie and an older brother named Daniel Ducovny, an award winning director of commercials, as well as a director of photography.

David attended Yale University where he undertook a Master's Degree in English Literature. A keen poet and writer, David's work was well recognized by his peers and teachers while he was in attendance at Yale. He was even nominated for a college prize by the Academy of American Poets for his outstanding work within the literary field.

Like any actor or celebrity, David began his career on the bottom, by acting in numerous commercials in the late-eighties. He crossed over into films with bit parts in low key films such as "New Year's Day" (1989) and "Bad Influence" (1990). Although these parts were small and somewhat insignificant, it was a start and David was able to get his foot in the door.

In 1991, David got offered the role of DEA Dennis Bryson on the acclaimed TV series, "Twin Peaks" (1990). He only appeared in three episodes, but at that early stage, it was his biggest claim to fame yet, as "Twin Peaks" (1990) was watched by millions of people worldwide. Needless to say, David's talents as an actor would finally be recognized and he would get the acknowledgment that he so richly deserved.

A year later, in 1993, David got the lead role in the independent film "Kalifornia" (1993). The film also starred another up-and-coming young actor, Brad Pitt. In "Kalifornia" (1993), David played a journalist who goes on a cross-country tour of famous murder sites with his girlfriend as research for a book he is writing about serial killers. He takes Pitt's character along to help pay the bills, unaware that Pitt's character is in fact a serial killer himself. Although it did not do much business at the box office, it is still a great film and has become somewhat of a cult favorite among fans.

That same year, David was offered the role of FBI Agent Fox "Spooky" Mulder on the long-running TV series "The X Files" (1993). The show was a tremendous international success and propelled David (and his co-star Gillian Anderson) into super-stardom. His character of Mulder has become somewhat of a pop culture legend and is renowned the world over for his satirical wit and dry sense of humor. Fans loved the fact that he could keep a straight face and still crack and joke in the face of extreme danger. David improvised a lot of his own lines of dialogue while on the show and even penned and directed a few episodes. The series ended in 2002 and still has a strong, dedicated following. To date, David has reprised his role of Fox Mulder in two "X Files" feature films: "The X Files" (1998) and "The X Files: I Want to Believe" (2008).

During the initial run of "The X Files" (1993), David kept busy and made several films, such as: "Return to Me" (2000), alongside actress Minnie Driver and the comedy favorite "Evolution" (2001), with Julianne Moore, Seann William Scott and Orlando Jones. He even had a hysterical cameo as a self-obsessed, simple-minded hand model in the comedy-smash "Zoolander" (2001).

In 2007, after a few years out of the limelight, David struck gold again after landing the plum role of Hank Moody in "Californication" (2007). The raunchy series follows the life of womanizing writer Hank Moody (Duchovny) as he tries to juggle his career and his relationship with his daughter and his ex-girlfriend. The show has become a hit for its off-the-wall humor and Duchovny's ability to always turn in a brilliant performance.

He returns to network TV with "Aquarius" on NBC. Duchovny stars and produces the series based on an LA police sergeant who's tracking a small-time criminal and budding cult leader who turns out to be Charles Manson.

Duchovny's first novel, "Holy Cow: A Modern-Day Dairy Tale," was released February 3, 2015 by Farrar, Straus and Giroux. His second novel, "Bucky F*cking Dent," was released in 2016. In March 2015, Duchovny was announced as returning in a six-episode continuation of "The X-Files" which premiered in January of 2016.

Contact a speaker booking agent to check availability on David Duchovny and other top speakers and celebrities. 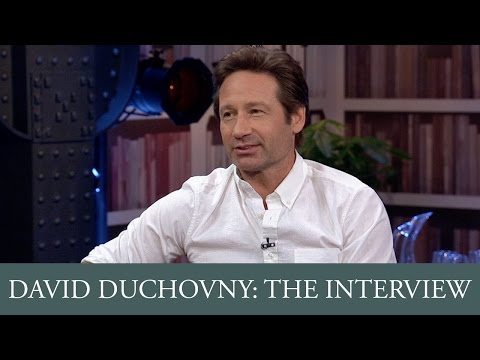 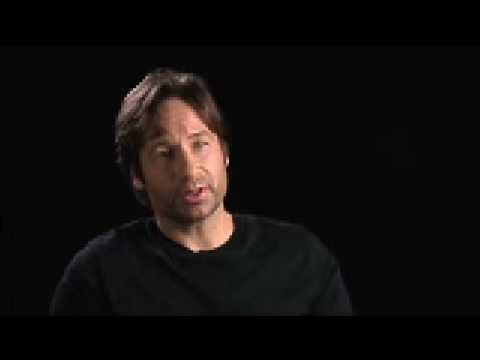 How to book David Duchovny?

Our booking agents have successfully helped clients around the world secure talent like David Duchovny for speaking engagements, personal appearances, product endorsements, or corporate entertainment for over 15 years. The team at All American Entertainment represents and listens to the needs of organizations and corporations seeking to hire keynote speakers, celebrities or entertainers. Fill out a booking request form for David Duchovny, or call our office at 1.800.698.2536 to discuss your upcoming event. One of our experienced agents will be happy to help you get pricing information and check availability for David Duchovny or any other celebrity of your choice.

How much does it cost to book David Duchovny?

Booking fees for David Duchovny, or any other speakers and celebrities, are determined based on a number of factors and may change without notice. Pricing often varies according to the circumstances, including the talent's schedule, market conditions, length of presentation, and the location of the event. Speaker fees listed on this website are intended to serve as a guideline only. In some cases, the actual quote may be above or below the stated range. For the most current fee to hire David Duchovny, please fill out the booking request form or call our office at 1.800.698.2536 to speak with an experienced booking agent.

Who is the agent for David Duchovny?

All American Entertainment has successfully secured celebrity talent like David Duchovny for clients worldwide for more than 15 years. As a full-service talent booking agency, we have access to virtually any speaker or celebrity in the world. Our agents are happy and able to submit an offer to the speaker or celebrity of your choice, letting you benefit from our reputation and long-standing relationships in the industry. Fill out the booking request form or call our office at 1.800.698.2536, and one of our agents will assist you to book David Duchovny for your next private or corporate function.

All American Speakers is a "buyers agent" and exclusively represents talent buyers, meeting planners and event professionals, who are looking to secure celebrities and speakers for personal appearances, speaking engagements, corporate entertainment, public relations campaigns, commercials, or endorsements. We do not exclusively represent David Duchovny or claim ourselves as the exclusive booking agency, business manager, publicist, speakers bureau or management for David Duchovny or any other speaker or celebrity on this website. For more information on how we work and what makes us unique, please read the AAE Advantage.

David Duchovny is a keynote speaker and industry expert who speaks on a wide range of topics . The estimated speaking fee range to book David Duchovny for your event is $75,000 - $200,000. David Duchovny generally travels from and can be booked for (private) corporate events, personal appearances, keynote speeches, or other performances. Similar motivational celebrity speakers are Viola Davis, Amy Poehler, Amy Schumer, Rashida Jones and Julia Louis-Dreyfus. Contact All American Speakers for ratings, reviews, videos and information on scheduling David Duchovny for an upcoming event.

Actor, Author, Screenwriter & Journalist; Best Known for “Sex and the City,” and "Californication"

Writer & Actor Known for His Role in "How I Met Your Mother," "Forgetting Sarah Marshall" & "I Love You, Man"

Singer-Songwriter, Front Man of the Pop-Rock Band Maroon 5 & Former Coach on "The Voice"

Actor, Known For Starring as Schmidt on "New Girl"

Founder & CEO of The Wealth Factory