Director, Producer & Actor Known for AMC's "Into the Badlands" & "Warcraft"

Daniel Wu is a Hong Kong American actor, director and producer. Since his film debut in 1998, he has been featured in over 60 films. Wu has been called "the young Andy Lau," and is known as a "flexible and distinctive" leading actor in the Chinese-language film industry.

Wu was born in Berkeley, California, and raised in Orinda, California. His parents were immigrants from Shanghai, China. Wu developed an interest in martial arts when he saw Jet Li in The Shaolin Temple,and consequently began studying wushu at age 11. His childhood role model was Jackie Chan, a man who now considers Wu "like a son." Wu attended the Head-Royce School in Oakland, California and later majored in architecture at the University of Oregon. While there, he founded the University of Oregon Wushu club in 1994 and served as the team's first coach. During this time, Wu also took film classes and frequented local theaters, and came to enjoy the works of filmmakers like Akira Kurosawa and Luc Besson, who he describes as "men of vision." Following graduation, Wu traveled in 1997 to Hong Kong to witness the handover of Hong Kong, with no intention of taking on a movie career. At the suggestion of his sister, Wu began modeling. Four months later, film director Yonfan, after seeing Wu featured in a clothing ad at an MTR station, approached Wu about starring in an upcoming movie.

Despite his inability at the time to speak Hong Kong Cantonese or read Chinese, Wu successfully completed his first movie, Yonfan's Bishonen in 1998. Still today, when he receives a Cantonese script, his assistant reads the entire piece, while he is making notes on the pronunciation. The day after Bishonen wrapped, Wu was offered the leading role in Mabel Cheung's City of Glass (for which Wu was nominated as best new actor at the 18th Hong Kong Film Awards), and later, a supporting part in Young and Dangerous: The Prequel, from Andrew Lau's gangster film series. Around this time, Wu met superstar Jackie Chan at a restaurant opening,and was quickly signed to Chan's JC Group with agent Willie Chan. Wu's breakthrough performance came in 1999 with his role in Benny Chan's Gen-X Cops. He followed this success with roles in a variety of movies including big-budget thriller Purple Storm, art-house production Peony Pavilion, and the extremely successful Love Undercover. In 2001, Wu received criticism from the Hong Kong media for sexual scenes with Suki Kwan in Cop on a Mission, but Wu says that same criticism attracted the attention of directors and the film represented a turning point in the types of roles he chose in the future.

Wu's first experience in film production came with his starring role in Julian Lee's 2003 film, Night Corridor. Due to budgetary constraints, Wu also participated in the search for funding for, and distribution of, the film, and recruited Jun Kung to create the soundtrack.Though Night Corridor dealt with "risky" themes, Wu felt he had less reliance on image than many of his pop-star actor peers, and he was nominated for best actor at Taiwan's 40th Golden Horse Film Awards for his effort. During 2003, Wu also took part as producer and creative director on "MTV's Whatever Things!", a "Jackass"-styled program aired in Asia, also featuring Sam Lee, Josie Ho, Terence Yin, and other celebrities. Also during 2003, Wu took part in a stage production of The Happy Prince at the Edward Lam Dance Theater as part of the Hong Kong Arts Festival, during which he recited a 16-minute monologue in Cantonese, learned entirely from pinyin. In 2005, Wu was nominated as best actor at the 24th Hong Kong Film Awards for his role in Derek Yee's One Nite in Mongkok, and as best supporting actor for New Police Story. At the 41st Golden Horse Film Awards, Wu won the award for best supporting actor for New Police Story. The win came as a surprise to him, because he "didn't think that much" of his performance in the film.

In 2005, Chinese media began to report that Wu had formed a boyband, Alive, with Terence Yin, Andrew Lin, and Conroy Chan. Wu and his band mates posted information, updates, personal thoughts (including slamming Hong Kong Disneyland, for which they were spokespersons), and the band's music, at their official website. In 2006, Wu made his writing and directorial debut with The Heavenly Kings, which chronicles Alive's formation and exploits.After the film's release, however, it was revealed that The Heavenly Kings was actually a mockumentary of the Hong Kong pop music industry, and Alive was constructed purely as a vehicle to make the movie; the film's characters represented only 10–15% of their real-life counterparts and much of the footage blurred the line between fiction and reality. Wu admitted his own singing voice "sucked really bad," and the band had their voices digitally enhanced for its music, to prove that "it's easy to fake it." Despite some backlash from the media over being intentionally fed false information in the movie about illegal downloads of the band's music, Wu won the best new director award at the 26th Hong Kong Film Awards, an achievement he called "a group effort."

Contact a speaker booking agent to check availability on Daniel Wu and other top speakers and celebrities. 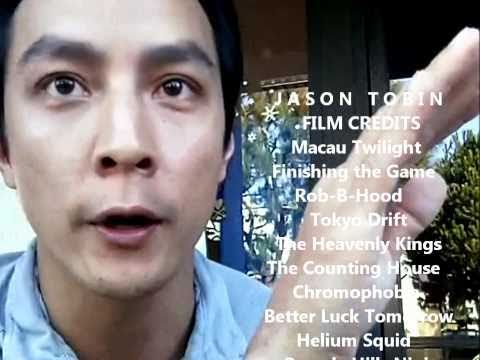 Daniel Wu Interview (Part 4) - Diversity in Roles and in Hollywood ... 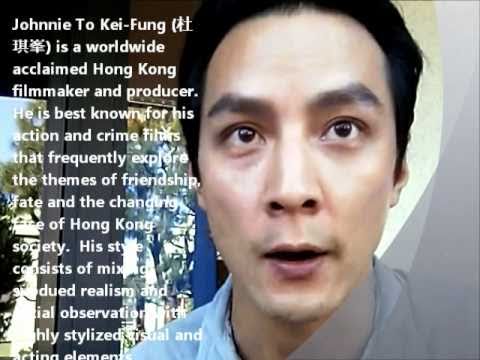 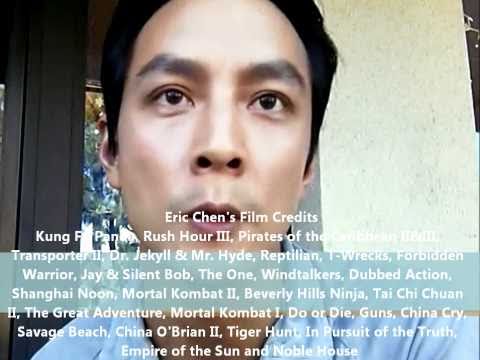 How to book Daniel Wu?

Our booking agents have successfully helped clients around the world secure talent like Daniel Wu for speaking engagements, personal appearances, product endorsements, or corporate entertainment for over 15 years. The team at All American Entertainment represents and listens to the needs of organizations and corporations seeking to hire keynote speakers, celebrities or entertainers. Fill out a booking request form for Daniel Wu, or call our office at 1.800.698.2536 to discuss your upcoming event. One of our experienced agents will be happy to help you get pricing information and check availability for Daniel Wu or any other celebrity of your choice.

How much does it cost to book Daniel Wu?

Booking fees for Daniel Wu, or any other speakers and celebrities, are determined based on a number of factors and may change without notice. Pricing often varies according to the circumstances, including the talent's schedule, market conditions, length of presentation, and the location of the event. Speaker fees listed on this website are intended to serve as a guideline only. In some cases, the actual quote may be above or below the stated range. For the most current fee to hire Daniel Wu, please fill out the booking request form or call our office at 1.800.698.2536 to speak with an experienced booking agent.

Who is the agent for Daniel Wu?

All American Entertainment has successfully secured celebrity talent like Daniel Wu for clients worldwide for more than 15 years. As a full-service talent booking agency, we have access to virtually any speaker or celebrity in the world. Our agents are happy and able to submit an offer to the speaker or celebrity of your choice, letting you benefit from our reputation and long-standing relationships in the industry. Fill out the booking request form or call our office at 1.800.698.2536, and one of our agents will assist you to book Daniel Wu for your next private or corporate function.

All American Speakers is a "buyers agent" and exclusively represents talent buyers, meeting planners and event professionals, who are looking to secure celebrities and speakers for personal appearances, speaking engagements, corporate entertainment, public relations campaigns, commercials, or endorsements. We do not exclusively represent Daniel Wu or claim ourselves as the exclusive booking agency, business manager, publicist, speakers bureau or management for Daniel Wu or any other speaker or celebrity on this website. For more information on how we work and what makes us unique, please read the AAE Advantage.

Daniel Wu is a keynote speaker and industry expert who speaks on a wide range of topics . The estimated speaking fee range to book Daniel Wu for your event is . Daniel Wu generally travels from Hong Kong and can be booked for (private) corporate events, personal appearances, keynote speeches, or other performances. Similar motivational celebrity speakers are Viola Davis, Amy Poehler, Amy Schumer, Rashida Jones and Julia Louis-Dreyfus. Contact All American Speakers for ratings, reviews, videos and information on scheduling Daniel Wu for an upcoming event.

Daniel Wu Interview (Part 4) - Diversity in Roles and in Hollywood ...

(Part 2) - Discussion on the Foundations of His Acting Career 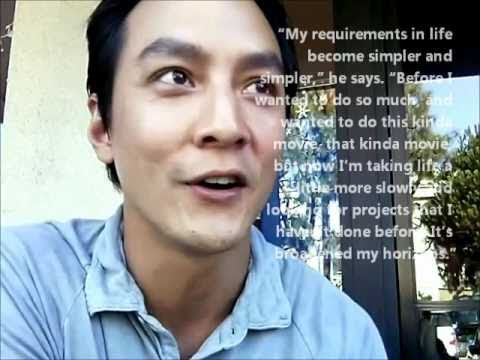 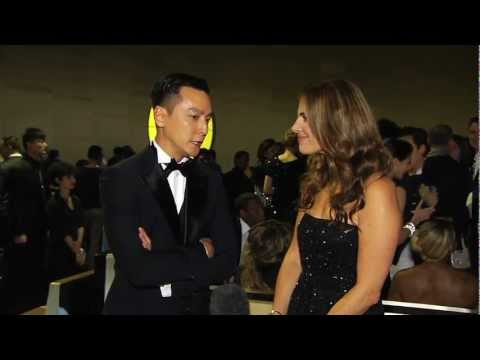 Actor Known For "The Walking Dead"

Actor & Producer Known for "Fresh Prince of Bel-Air," "I Am Legend," "Concussion" and "Suicide Squad"

Actor; Best Known as Daryl Dixon on "The Walking Dead"