Dale Earnhardt Jr. is a third generation driver in a family forever connected to the sport of stock-car racing, and while his innate ability behind the wheel comes from Earnhardt DNA, his competitive driving style and keen business sense is all his own. His flare for originality and common-sense charisma has helped propel him to one of the most popular figures in sports. Race fans have selected him five times as the winner of NASCAR's Most Popular Driver award, joining Richard Petty and Bill Elliott as the only  drivers to win the award five consecutive saesons since 1956. His appeal is not limited to race fans, as he has appeared numerously on Harris Interactive's annual polling of America's Top 10 Favorite Athletes, frequenting lists with such names as Michael Jordan, Tiger Woods, Breet Favre, and Derek Jeter.

The 2008 season marks Dale Jr.'s ninth in NASCAR Sprint Cup Series competition. Through 2007 , the 32-year old native of Kannapolis, N.c has amassed more then $46 million in career winnings and 17 victories, including the 2004 Daytona 500. His 17 victories rank him 39th on NASCAR's all-time race winners list. He also has four "non-points" or all-star wins, and seven Bud Pole Awards.

Dale Jr. is the only third-generation NASCAR champion, achieved when he won the 1998 and 1999

Nationwide Series titles. He follows his legendary father, Dale Earnhardt, a seven-time Cup champion and winner of 76 races. His grandfather Ralph Earnhardt was the 1956 NASCAR Sportsman champion, and in 2007 was posthumously inducted into the National Dirt Late Model Hall of Fame. BOth his father and grandfather were selected among NASCAR's 50 greatest drivers of all-time in 1999. All together , the three Earnhardts account for 10 NASCAR championships.

Until 2008 Dale Jr.'s career as a full-time driver was solely within the confines of the family-owned business, Dale Earnhrdt Inc., in which he accumulated 39 victories in the nationwide and Sprint Cup Series from 1998-2007. But the 2008 season marked one of significant change, as Earnhardt made the boldest decision of his young career by signing with renowned team-owner Rick Hendrick to drive the No. 88 Chevrolets for Hendrick Motorsports. High-powered sponsorship deals soon followed, as Pepsi-Cola's Mountain Dew/AMP brand and Army National Guard agreed to a co-primary sponsorship deals with HMS to partner with Dale Jr. and the NO. 88 team.

With a successful driving career in motion, Dale Jr.'s role as team owner and businessman has enjoyed its own ascent. In 2002 Jr Motorsports consisted of only six employees and a street-stock Camaro raced at the local short tracks. Today it encompasses a full stable of cars that compete in the NASCAR Natiomwide Series and local weekly late model divisions. Over 100 employees now call JR Motorsports home. In July 2007 , Dale Jr. annouced a partnership deal with Hendrick Motorsports that will campaign two full-time NASCAR Nationwide race teams under the JRM banner with HMS engines, chassis and vehicle engineering support.

Dale Jr.'s first turn at ownership began with Chance 2, a team started in 2002 and jointly operated with Dale Earnhardt Inc. With that team Dale Jr. was co-owner of the 2004 and 2005 Busch Series chsmpionship teams with driver Martin Truex Jr. Truex's accomplishments mirrored that of his owner, as Dale Jr.dominated the 1998 and 1999 Busch Series seasons, winning two championships, 13 races and more than $3 million. As a driver , he has an additional nine Busch Series victories in 19 starts. His 22 total victories tie him for fifth on the all-time Busch Series wins list. Fans and media selected him as one of the top-three Busch Series drivers of all-time in a 2006 NASCAR poll.

From magazines to television, Dale Jr. garners world wide attention. He has appeared on over 150

magazine covers and has been featured in high-profile publications such as Rolling Stone, GQ, men's Journal, Sports lllustrated, People Magazine and TV Guide. He has been a guest on 60 Minutes, the Late Show with David Letterman, the Tonight Show with Jay Leno, Late Night with Conan O'Brien, the Today Show, the Daily Show with Jon Stewart, the Jimmy Kimmel Show, Good morning America, Live with Ragis and Kelly, and Larry King Live.

In its may 2004 issue, RACER Magazine called Dale Jr. the most influential person in motorsports. The Charlotte Obeserver backed that up in 2007 by listing Junior among the top-10 most powerful people in NASCER. In recent polls and surveys, he recevied a top-five "Q" rating among all athletes, and rated among the top-five athletes in corporate endorsements by Forbes Magazine.

With crossover appeal unmatched by any other athlete, and his eclectic taste in music is reflected in the diverse list of artists thet have featured him in their music videos, including Jay-Z, Staind, Shery Crow, Three Doors Down, Trace Adkins, O.A.R, the Matthew Good Band and Nickelback. He has played cameo roles in major motion pictures "Talladega Nights" and "Cars", and was the subject of an episode of MTV's "Diary" and VH-1's "Driven". In 2001 he added best-selling author to his résumé with "Driver 8", a documentation of his rookie season in the NASCAR Sprint Cup Series. The book landed on the New York Times Best-Sellers list for 17 weeks, and online retailer Amazon.com named "Driver 8" the top-selling sports book of the year.

Dale Jr. is part-owner of the dirt track in Paducah, KY (with fellow NACAR star Ken Schrader) and a new multi-purpose motorsports complex being developed near Mobile, AL.

He enjoys hanging out at home, working on his ever-growing collection of street cars and race cars. His hobbies include music, computers and computer gaming. He has a small golf course, go-cart track and a vintage western-style town on his property near Mooresville, NC.

Contact a speaker booking agent to check availability on Dale Earnhardt Jr. and other top speakers and celebrities. 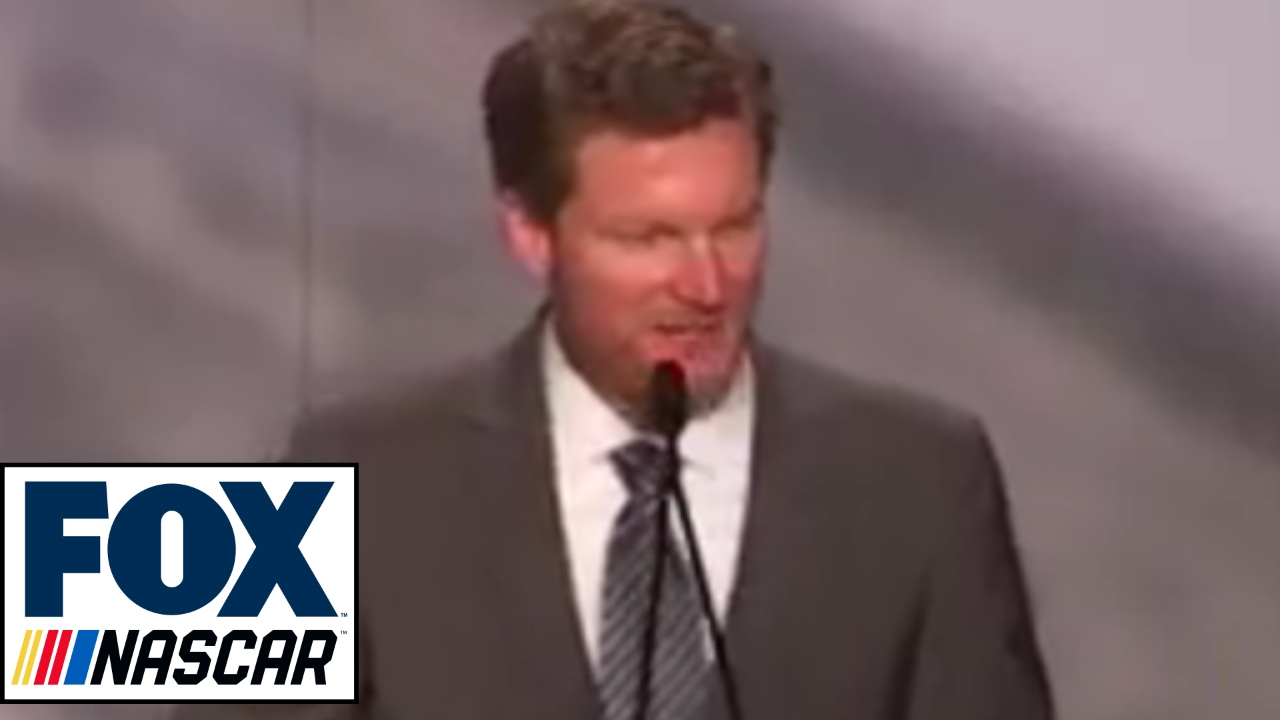 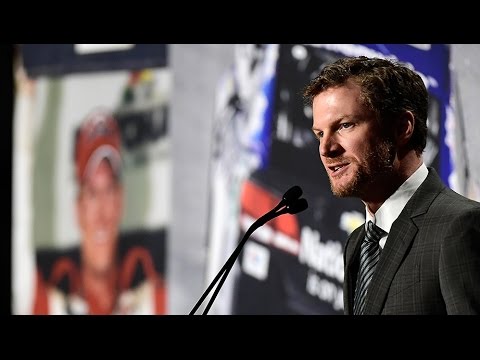 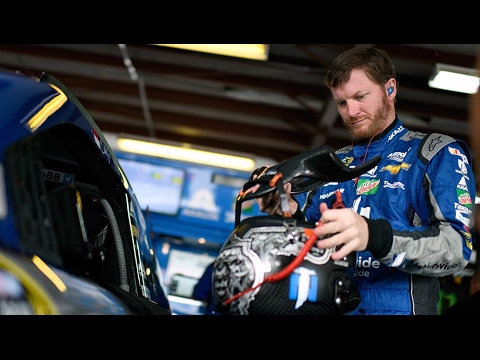 Racing to the Finish: My Story

How to book Dale Earnhardt Jr.?

Our booking agents have successfully helped clients around the world secure talent like Dale Earnhardt Jr. for speaking engagements, personal appearances, product endorsements, or corporate entertainment for over 15 years. The team at All American Entertainment represents and listens to the needs of organizations and corporations seeking to hire keynote speakers, celebrities or entertainers. Fill out a booking request form for Dale Earnhardt Jr., or call our office at 1.800.698.2536 to discuss your upcoming event. One of our experienced agents will be happy to help you get pricing information and check availability for Dale Earnhardt Jr. or any other celebrity of your choice.

How much does it cost to book Dale Earnhardt Jr.?

Booking fees for Dale Earnhardt Jr., or any other speakers and celebrities, are determined based on a number of factors and may change without notice. Pricing often varies according to the circumstances, including the talent's schedule, market conditions, length of presentation, and the location of the event. Speaker fees listed on this website are intended to serve as a guideline only. In some cases, the actual quote may be above or below the stated range. For the most current fee to hire Dale Earnhardt Jr., please fill out the booking request form or call our office at 1.800.698.2536 to speak with an experienced booking agent.

Who is the agent for Dale Earnhardt Jr.?

All American Entertainment has successfully secured celebrity talent like Dale Earnhardt Jr. for clients worldwide for more than 15 years. As a full-service talent booking agency, we have access to virtually any speaker or celebrity in the world. Our agents are happy and able to submit an offer to the speaker or celebrity of your choice, letting you benefit from our reputation and long-standing relationships in the industry. Fill out the booking request form or call our office at 1.800.698.2536, and one of our agents will assist you to book Dale Earnhardt Jr. for your next private or corporate function.

All American Speakers is a "buyers agent" and exclusively represents talent buyers, meeting planners and event professionals, who are looking to secure celebrities and speakers for personal appearances, speaking engagements, corporate entertainment, public relations campaigns, commercials, or endorsements. We do not exclusively represent Dale Earnhardt Jr. or claim ourselves as the exclusive booking agency, business manager, publicist, speakers bureau or management for Dale Earnhardt Jr. or any other speaker or celebrity on this website. For more information on how we work and what makes us unique, please read the AAE Advantage. 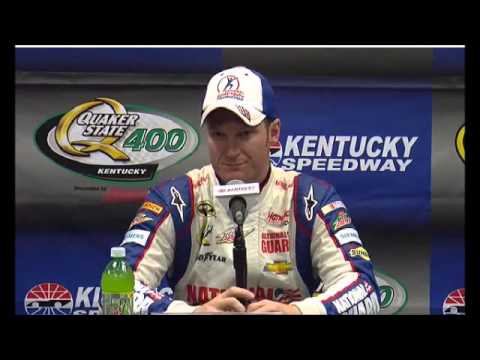 Provide you with speaking fee to book Dale Earnhardt Jr. or other celebrity appearance fees