Kelly was promoted to offensive coordinator at New Hampshire (19992006). The Wildcats' offenses averaged better than 400 yards per game of total offense in seven of his eight seasons and more than 30 points per game in his final four seasons.

In 2004, the school broke 29 offensive school records; compiling 5,446 yards of total offense and scoring 40 or more points in seven games. Their best offensive output was in 2005 when the Wildcats finished second nationally in total offense (493.5 ypg), third in scoring (41.7 ppg) and fifth in passing (300.1 ypg). They completed the season with an 112 record.

He was named the College Assistant Coach of the Year by the Gridiron Club of Greater Boston following the 2005 season in addition to being selected as "one of college football's hottest coaches" by American Football Monthly. In 2006, quarterback Ricky Santos won the Walter Payton Award under Kelly's guidance, after Santos finished second in balloting for the award in 2005.

Chip Kelly led Oregon football to new territory after taking over as head coach in 2009. He coached the University of Oregon to BCS games in each of his four seasons as head coach; the 2010 Rose Bowl, 2011 BCS National Championship Game, 2012 Rose Bowl, and 2013 Fiesta Bowl. He coached Oregon to three consecutive outright conference titles from 2009-2011 and a conference division title in 2012. Oregon won its second consecutive BCS bowl game after they defeated #5 Kansas State in the 2013 Fiesta Bowl.

Kelly was hired as offensive coordinator at Oregon in February 2007. His potent spread offense attack was an instant success at Oregon.

In his first season as offensive coordinator at Oregon, the Ducks led the Pac-10 in scoring (38.15 ppg) and total offense (467.54 ypg), and also became the highest scoring team while amassing the most yards in the history of Oregon football. Prior to Kelly's arrival at Oregon, Dennis Dixon struggled in his first three seasons at quarterback. Under Kelly's guidance, Dixon was the Pac-10 Offensive Player of the Year and emerged as a Heisman Trophy candidate.

Kelly helped the Ducks gain national attention in 2009 after an upset of the then #5 USC Trojans on October 31. Kelly became the first Pac-10 coach to win an outright conference championship in his first season, sending the Ducks to the Rose Bowl for the first time since 1995. Oregon also became the first Pac-10 team to win a conference title by two games since Washington accomplished the feat in 1991. On December 7, 2009 Kelly was named Pac-10 Coach of the year. He was the second Ducks coach to earn the honor, the other being Rich Brooks (two times).

In early October, Kelly led the team to a #1 spot on the AP, Harris, and USA Today Coaches Poll, followed a few weeks later by a #1 BCS ranking. With a 3720 win over the Oregon State Beavers on December 4, 2010, Kelly led the Ducks to a 90 finish in conference play, winning their second consecutive outright Pac-10 title. With Darron Thomas at quarterback and Doak Walker Award winner LaMichael James at running back, the Ducks averaged 49.3 points and 537.5 yards per game in the regular season.

In December, following an undefeated 120 season and an end-of-season #2 BCS ranking, Oregon was selected to play the #1 Auburn Tigers in the BCS national championship game on January 10, 2011. The Tigers, out of the Southeastern Conference, were coached by Gene Chizik, and had the Heisman Trophy winner at quarterback in Cam Newton. The Ducks lost, 2219, on a last-second, 19-yard field goal by Wes Byrum.

In the 2011 season, the Ducks won their third straight Pac-12 championship title after defeating UCLA in the inaugural Pac-12 Football Championship Game. They represented the Pac-12 in the Rose Bowl and defeated #10 Wisconsin 4538. It was their second Rose Bowl appearance in three years and their sixth overall. This was Oregon's third consecutive year in a BCS bowl game. The Ducks finished the season 122 (81 Pac-12) with a #4 final season ranking.

In 2012, led by redshirt freshman Marcus Mariota at quarterback and senior tailback Kenjon Barner, Oregon rolled to ten straight victories before finally falling to #14 Stanford in overtime 17-14 on November 17. Kelly's Ducks would rebound to beat #16 Oregon State in the Civil War for the fifth straight year and play #5 Kansas State in the Fiesta Bowl. The Ducks proved to be too much for Kansas State as they prevailed to a 35-17 victory in Oregon's fourth consecutive year in a BCS bowl game. The Ducks finished the season 121 (81 Pac-12) with a #2 ranking, putting them in the top five of the final season rankings for the third straight season.

On January 16, 2013, Kelly, accepted the offer from Philadelphia and became the head coach of the Eagles.

Contact a speaker booking agent to check availability on Chip Kelly and other top speakers and celebrities. 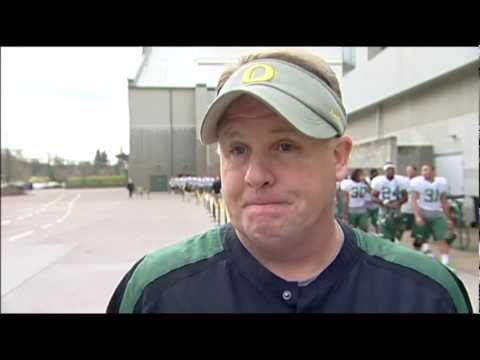 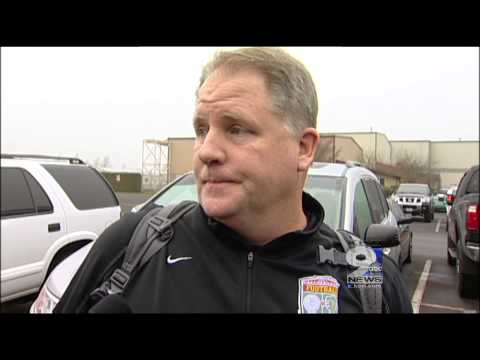 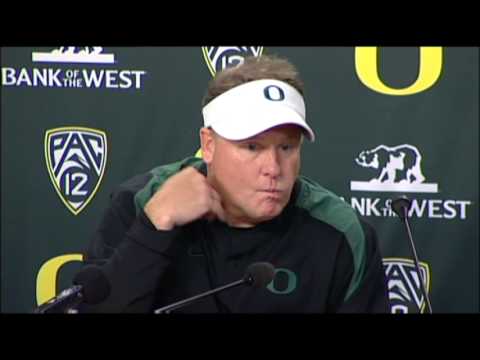 How to book Chip Kelly?

Our booking agents have successfully helped clients around the world secure talent like Chip Kelly for speaking engagements, personal appearances, product endorsements, or corporate entertainment for over 15 years. The team at All American Entertainment represents and listens to the needs of organizations and corporations seeking to hire keynote speakers, celebrities or entertainers. Fill out a booking request form for Chip Kelly, or call our office at 1.800.698.2536 to discuss your upcoming event. One of our experienced agents will be happy to help you get pricing information and check availability for Chip Kelly or any other celebrity of your choice.

How much does it cost to book Chip Kelly?

Booking fees for Chip Kelly, or any other speakers and celebrities, are determined based on a number of factors and may change without notice. Pricing often varies according to the circumstances, including the talent's schedule, market conditions, length of presentation, and the location of the event. Speaker fees listed on this website are intended to serve as a guideline only. In some cases, the actual quote may be above or below the stated range. For the most current fee to hire Chip Kelly, please fill out the booking request form or call our office at 1.800.698.2536 to speak with an experienced booking agent.

Who is the agent for Chip Kelly?

All American Entertainment has successfully secured celebrity talent like Chip Kelly for clients worldwide for more than 15 years. As a full-service talent booking agency, we have access to virtually any speaker or celebrity in the world. Our agents are happy and able to submit an offer to the speaker or celebrity of your choice, letting you benefit from our reputation and long-standing relationships in the industry. Fill out the booking request form or call our office at 1.800.698.2536, and one of our agents will assist you to book Chip Kelly for your next private or corporate function.

All American Speakers is a "buyers agent" and exclusively represents talent buyers, meeting planners and event professionals, who are looking to secure celebrities and speakers for personal appearances, speaking engagements, corporate entertainment, public relations campaigns, commercials, or endorsements. We do not exclusively represent Chip Kelly or claim ourselves as the exclusive booking agency, business manager, publicist, speakers bureau or management for Chip Kelly or any other speaker or celebrity on this website. For more information on how we work and what makes us unique, please read the AAE Advantage.

Chip Kelly is a keynote speaker and industry expert who speaks on a wide range of topics . The estimated speaking fee range to book Chip Kelly for your event is $30,000 - $50,000. Chip Kelly generally travels from San Francisco, CA, USA and can be booked for (private) corporate events, personal appearances, keynote speeches, or other performances. Similar motivational celebrity speakers are Viola Davis, Amy Poehler, Amy Schumer, Rashida Jones and Julia Louis-Dreyfus. Contact All American Speakers for ratings, reviews, videos and information on scheduling Chip Kelly for an upcoming event. 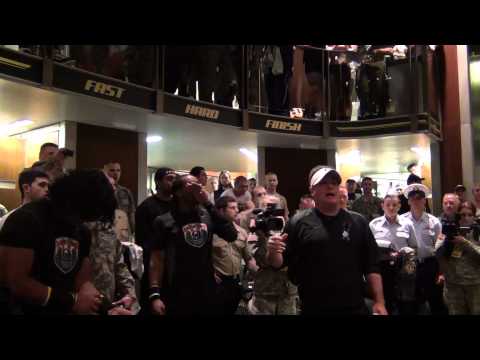 NFL Running Back for the San Francsico 49ers