In a relatively short career, Chip Foose has created a legacy of designs and accomplishments that are well beyond his years. Chip was born and raised in Santa Barbara California and automobiles were definitely in his blood. Chip's first job was working for his father's company where Chip specialized in project design. By age twelve, Chip already had five years experience under his belt, and had also painted his first car; a Porsche 356.

Early on, a chance meeting from Alex Tremulus, the designer of the "Tucker", was actually Chip's motivation to attend Art Center, where he majored in automotive product design and graduated in 1990 with honors.

Chip's career profile is staggering; in 1986 he was Staff Designer/ Fabricator for the Asha Corporation, eventually becoming director of design in 1989. Chip was responsible for conceptualizing new proprietary ideas and fabrication of prototypes for the O.E.M.'s

Other work has included: Stehrenberger Design as an automotive designer, creating colored illustrations and conceptual models, Baker Sportronics, as chief designer and fabricator of both models and prototypes of electric vehicles to be used in the NFL and NBL, and of course, going to work with his father and Project Design, designing and building street rods, customs, studio vehicles and show cars for films such as Blade Runner, Robo Cop, and Gone in 60 Seconds, which featured "Eleanor".

November 1990 brought about the beginning of a relationship with Boyd Coddington and Hot Rods by Boyd, becoming a full time position in 1993, which lead to Managing Director where Chip eventually became the President of Hot Rods by Boyd. Chip, who is widely acclaimed for his "Boyd Look" design and creative skills, was responsible for many internationally known vehicles such as: Roadster, Sportstar, Boydster I and II, and Boyd Air to name a few.

Chip's venture with Boyd however, ended in 1998. At this time Chip and his wife Lynne started their Huntington Beach, California based company Foose Design, an automotive and product design Development Company. His company specializes in illustration, graphics, ideation model making, surfacing and complete construction of automobiles and automotive related products. These products are available to private individuals, television, film and the automobile manufacturers.

In 1998, Chip was honored at the SMRA banquet and was the first recipient of the Good Guys Trendsetter Award, once again creating another historic moment in the Hot Rod industry.

In 1999, Chip won the prestigious AMBR (America's Most Beautiful Roadster) Award at the 50th Anniversary of the Grand National Roadster Show with Fred Warren's "Shock Wave". Similarly, in 2000 Chip won the AMBR again with Chuck Svatos' "0032". Overall, Chip has been involved with six different AMBR winners, including the 1995 winner the "Smoothster", the 1996 winner "Boydster", the 2001 winner "Impact" (designed by Chip and finished by Barry White), and the 2003 winner "Boydster II' (designed by Chip and finished by Bobby Alloway).

The new millennium also meant new endeavors for Chip. In January of 2000 Chip signed a licensing agreement with MHT Luxury Alloys, allowing Chip to start the production of Foose Wheels.

The Millennium was proving to be quite prosperous. Chip won the coveted 2002 "Ridler" Award at the 50th Anniversary Show of the Detroit Autorama with Bob and Wes Rydell's 35 Chevy Master, otherwise known as the "Grand Master". The year of 2002 was very exciting for Chip as he was inducted into the Darryl Starbird Rod & Custom Car Museum Hall of Fame. The end of the year closed with a bang for Chip and his highly acclaimed staff at Foose Design when the Discovery Channel filmed a documentary, which aired repetitively on the TLC network in March of 2003. The documentary featured several of Chip's award winning vehicles, but the show's focus was to give the viewers a chance to witness Chip's visionary talents come to life with a re-design of the 2002 Thunderbird. The redesigned Thunderbird otherwise known as the "Speedbird" received another award for Chip, as it made its debut at the 2002 SEMA show in Las Vegas, where Chip was presented the "Best of Show" award from Ford Motor Company.

The year 2003 was equally exciting for Chip. He was honored once again with an induction into the Grand National Roadster Show Hall of Fame. This year was filled with enthusiasm, especially when Chip received a second "Ridler" award at the Detroit Autorama, which featured Ron Whitesides 34' Mercury Stallion. 2003 came to its pinnacle when Chip embarked upon a new venture, designing clothing and accessories featuring many of his award winning cars.

2004 proved to be as exhilarating as the past years, Chip has started a television series called "Overhaulin", which began airing on the TLC network late April of 2004, please check your local programming for details.

2005 opened with Chip being inducted into the San Francisco Rod and Custom Motorcycle Hall of Fame. In 2009, Chip made a return to television, serving as a guest judge on the Discovery Channel’s “Ultimate Car Build-Off.” From 2010-2011 he also hosted the documentary series “American Icon: The Hot Rod” on Discovery’s HD Theater. Encouraged by the continued popularity of “Overhaulin’”, Discovery Communication’s Velocity network relaunched the show with all new episodes in October 2012.

Contact a speaker booking agent to check availability on Chip Foose and other top speakers and celebrities. 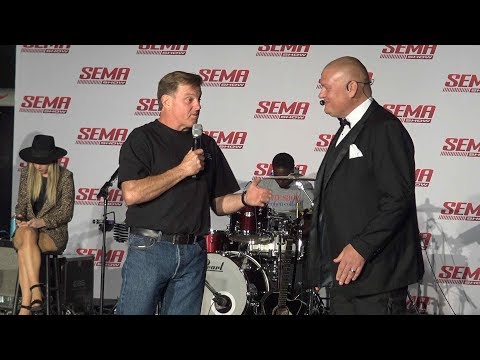 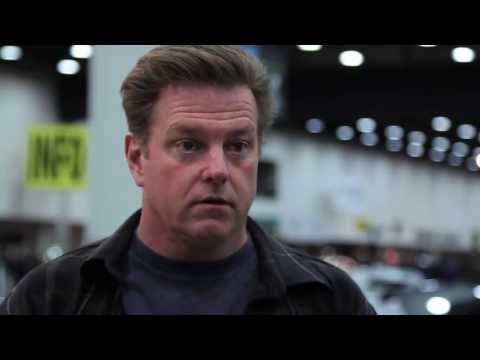 How to book Chip Foose?

Our booking agents have successfully helped clients around the world secure talent like Chip Foose for speaking engagements, personal appearances, product endorsements, or corporate entertainment for over 15 years. The team at All American Entertainment represents and listens to the needs of organizations and corporations seeking to hire keynote speakers, celebrities or entertainers. Fill out a booking request form for Chip Foose, or call our office at 1.800.698.2536 to discuss your upcoming event. One of our experienced agents will be happy to help you get pricing information and check availability for Chip Foose or any other celebrity of your choice.

How much does it cost to book Chip Foose?

Booking fees for Chip Foose, or any other speakers and celebrities, are determined based on a number of factors and may change without notice. Pricing often varies according to the circumstances, including the talent's schedule, market conditions, length of presentation, and the location of the event. Speaker fees listed on this website are intended to serve as a guideline only. In some cases, the actual quote may be above or below the stated range. For the most current fee to hire Chip Foose, please fill out the booking request form or call our office at 1.800.698.2536 to speak with an experienced booking agent.

Who is the agent for Chip Foose?

All American Entertainment has successfully secured celebrity talent like Chip Foose for clients worldwide for more than 15 years. As a full-service talent booking agency, we have access to virtually any speaker or celebrity in the world. Our agents are happy and able to submit an offer to the speaker or celebrity of your choice, letting you benefit from our reputation and long-standing relationships in the industry. Fill out the booking request form or call our office at 1.800.698.2536, and one of our agents will assist you to book Chip Foose for your next private or corporate function.

All American Speakers is a "buyers agent" and exclusively represents talent buyers, meeting planners and event professionals, who are looking to secure celebrities and speakers for personal appearances, speaking engagements, corporate entertainment, public relations campaigns, commercials, or endorsements. We do not exclusively represent Chip Foose or claim ourselves as the exclusive booking agency, business manager, publicist, speakers bureau or management for Chip Foose or any other speaker or celebrity on this website. For more information on how we work and what makes us unique, please read the AAE Advantage.

Chip Foose is a keynote speaker and industry expert who speaks on a wide range of topics . The estimated speaking fee range to book Chip Foose for your event is $20,000 - $30,000. Chip Foose generally travels from Huntington Beach, CA, USA and can be booked for (private) corporate events, personal appearances, keynote speeches, or other performances. Similar motivational celebrity speakers are Viola Davis, Amy Poehler, Amy Schumer, Rashida Jones and Julia Louis-Dreyfus. Contact All American Speakers for ratings, reviews, videos and information on scheduling Chip Foose for an upcoming event.

Author Co-Host of "Fast N' Loud" on the Discovery Channel

Former Co-CEO of SAP AG; Board member of the World Economic Forum