Retired NBA Power Forward, Analyst on "Inside the NBA," One of the NBA's 50 Greatest Players of All Time

Named one of the 50 Greatest Players in NBA History, Charles Barkley has followed up his Hall of Fame basketball career with an Emmy Award-winning television run. A consummate entertainer, Barkley has evolved into a pop culture icon who commands a diverse audience that may not always agree with his opinions, but respects his ability to tell it like it is. Never one to dodge controversy or consequences, Barkley shoots from the hip and speaks from the heart.

But Barkley isn’t outspoken for the mere sake of being outrageous, earning a buck or getting a laugh. Barkley’s larger-than-life personality is seeded in his ability to connect with others through a unique combination of humor, honesty and humility. His direct pipeline to people enables him to open up the often uncomfortable but ultimately critical dialogues about issues such as racism and classism that impact the day-to-day lives of the members of his community and the world at large.

Barkley’s compassion and activism can be traced back to his roots in the rural South. Born on February 20, 1963 in Leeds, Alabama, Charles Wade Barkley played basketball at Leeds High School and caught the attention of Auburn University scouts at the state semifinals his senior year. Barkley was recruited by head coach Sonny Smith and played basketball at Auburn for three years. Physical, fiery and fiercely competitive, number 34 outplayed taller and quicker opponents because of his strength, agility and passion for the game. Barkley led his conference in rebounding for three years, earning the moniker “The Round Mound of Rebound.” He was named Southeastern Conference Player of the Year in 1984 and received three All-SEC selections, one Second Team All-American selection and one Third Team All-American selection.

Following his junior year at Auburn, Charles Barkley entered the NBA Draft in 1984 as a unique proposition. Barkley’s energy and powerful athleticism convinced the 76ers to take him with their fifth overall pick despite his being an undersized and overweight power forward. That summer, Bobby Knight famously cut Barkley from the U.S. Olympic team for gaining weight during the Trials even though, by Knight’s own admission, he wanted Barkley on the team. In his autobiography “Outrageous,” Barkley’s first of four books, he credits Knight for giving him an early insight into what it would take to become a truly great player. Barkley would later get his Olympic gold medals as the leading scorer for the original Dream Team in 1992 and again in 1996.

A gifted but raw talent, Barkley joined a cast of veteran and proven players in Philadelphia, including the legendary Julius Erving and three-time MVP Moses Malone. Malone in particular took Barkley under his wing and taught him not only how to rebound, but also how to lead by example. Barkley earned a berth on the NBA All-Rookie Team, and the Sixers advanced to the 1985 Eastern Conference Finals. Barkley evolved into a relentless offensive and defensive rebounder, leading the league at 14.6 rebounds per game in 1986-87. Over the next five years Barkley’s offensive game expanded considerably, and he along with high-flying phenom Michael Jordan were the rising stars of the NBA.

Barkley’s skill and determination almost single-handedly kept the 76ers competitive. As the unquestioned leader of the team, Barkley’s vocal nature became increasingly evident, and he gained a reputation for being one of the most quotable players in the league in addition to being among the most dominant. Barkley made six straight All-Star appearances and guided his squad to several strong post-season showings during his eight-year tenure with the Sixers. However, in spite of his affection for Philly and the fans, the team’s mounting struggles ultimately prompted Barkley to part ways with the 76ers, and he was traded to the Phoenix Suns following the 1991-92 season.

Moving out West proved positive for Barkley, and he got off to a strong start in Phoenix. On the court, the talented Suns leveraged their new anchor into an elite team that came very close to dethroning Jordan’s Bulls in the 1992-93 NBA Finals. Barkley won the NBA MVP Award in 1993 and helped make the Suns one of the most entertaining teams in the league during his remaining three seasons. Barkley also began his transformation from the brashness of his youth to the charismatic personality we see on TV today. Barkley finished off his illustrious playing career in Houston and retired after the 1999-2000 season.

Despite never winning that elusive championship, the five-time All-NBA First Team selection and 11-time All-Star is widely considered one of the greatest players of his generation and was inducted into the Naismith Memorial Basketball Hall of Fame in 2006. Barkley is the 23rd all-time scorer in the NBA; he ranks 19th in all-time rebounds per game, 18th in total career rebounds and is one of only five players in NBA history with 23,000 points, 12,000 rebounds and 4,000 assists. The self-proclaimed “ninth wonder of the world” is the shortest player in NBA history to lead the league in rebounding. His career statistics of 22.1 points per game and 11.7 rebounds per game over 16 years are remarkable for his size and a credit to his will power.

Currently, Barkley is a popular and insightful NBA analyst for TNT’s Emmy award-winning studio show Inside the NBA along with Kenny Smith, Shaquille O’Neal and host Ernie Johnson. His studio team’s on-air chemistry and unpredictable antics have continued to make Inside the NBA one of the most entertaining shows of its kind for over a decade. Barkley’s jolly nature, quick wit and candor have earned him an audience that transcends the sports arena, as well as a rare pass to speak his mind regardless of the topic or public opinion. Barkley always has and always will say what other people won’t.

Barkley is also more than willing to opine on the social issues of today in a way that other prominent athletes do not. As a player and as a media member, Barkley has stayed true to his own values and principles without succumbing to stereotypes and expectations. Barkley has expressed his opinions on numerous socio-economic and political topics in the books he authored: Who’s Afraid of a Large Black Man? (2005), I May Be Wrong but I Doubt It (2002), Sir Charles(1995) and Outrageous! (1992). As generous as he is outspoken, Barkley has made countless donations to the Minority Health & Research Center at UAB Birmingham, the Auburn University Foundation, the Cornerstone Schools in Alabama, Leeds High School (his alma mater) and Macedonia Baptist Church (Leeds, AL) among other contributions to charitable organizations and individuals in need. In 2011 he hosted the inaugural Earn Chuck’s Bucks contest on charlesbarkley.com and hand delivered a $25,000 check to the winner to help fund his How To Tech startup.

Contact a speaker booking agent to check availability on Charles Barkley and other top speakers and celebrities. 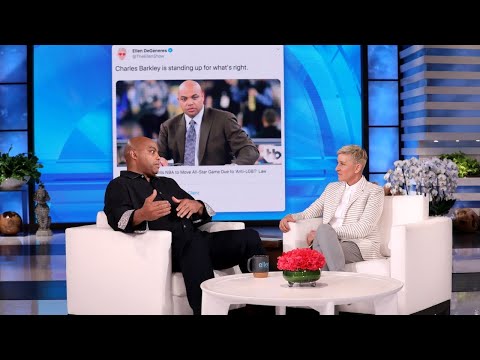 Charles Barkley on Standing Up Against Discrimination 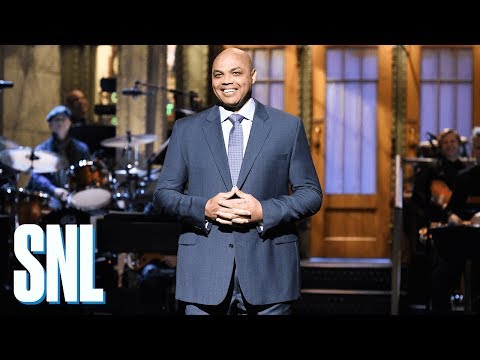 How to book Charles Barkley?

Our booking agents have successfully helped clients around the world secure talent like Charles Barkley for speaking engagements, personal appearances, product endorsements, or corporate entertainment for over 15 years. The team at All American Entertainment represents and listens to the needs of organizations and corporations seeking to hire keynote speakers, celebrities or entertainers. Fill out a booking request form for Charles Barkley, or call our office at 1.800.698.2536 to discuss your upcoming event. One of our experienced agents will be happy to help you get pricing information and check availability for Charles Barkley or any other celebrity of your choice.

How much does it cost to book Charles Barkley?

Booking fees for Charles Barkley, or any other speakers and celebrities, are determined based on a number of factors and may change without notice. Pricing often varies according to the circumstances, including the talent's schedule, market conditions, length of presentation, and the location of the event. Speaker fees listed on this website are intended to serve as a guideline only. In some cases, the actual quote may be above or below the stated range. For the most current fee to hire Charles Barkley, please fill out the booking request form or call our office at 1.800.698.2536 to speak with an experienced booking agent.

Who is the agent for Charles Barkley?

All American Entertainment has successfully secured celebrity talent like Charles Barkley for clients worldwide for more than 15 years. As a full-service talent booking agency, we have access to virtually any speaker or celebrity in the world. Our agents are happy and able to submit an offer to the speaker or celebrity of your choice, letting you benefit from our reputation and long-standing relationships in the industry. Fill out the booking request form or call our office at 1.800.698.2536, and one of our agents will assist you to book Charles Barkley for your next private or corporate function.

All American Speakers is a "buyers agent" and exclusively represents talent buyers, meeting planners and event professionals, who are looking to secure celebrities and speakers for personal appearances, speaking engagements, corporate entertainment, public relations campaigns, commercials, or endorsements. We do not exclusively represent Charles Barkley or claim ourselves as the exclusive booking agency, business manager, publicist, speakers bureau or management for Charles Barkley or any other speaker or celebrity on this website. For more information on how we work and what makes us unique, please read the AAE Advantage.

Charles Barkley is a keynote speaker and industry expert who speaks on a wide range of topics . The estimated speaking fee range to book Charles Barkley for your event is $100,000 - $200,000. Charles Barkley generally travels from Scottsdale, AZ, USA and can be booked for (private) corporate events, personal appearances, keynote speeches, or other performances. Similar motivational celebrity speakers are Viola Davis, Amy Poehler, Amy Schumer, Rashida Jones and Julia Louis-Dreyfus. Contact All American Speakers for ratings, reviews, videos and information on scheduling Charles Barkley for an upcoming event.

Charles Barkley on Standing Up Against Discrimination

Legendary Coach of the Chicago Bulls and Los Angeles Lakers; President of the Knicks; Author of "Eleven Rings: The Soul of Success"