Carolyn Porco is the leader of the imaging science team on the Cassini mission presently in orbit around Saturn, a veteran imaging scientist of the Voyager mission to the outer solar system in the 1980s, and an imaging scientist on the New Horizons mission on its way to Pluto and the Kuiper Belt. Carolyn has co-authored over 115 scientific papers on a variety of subjects in astronomy and planetary science and has become a regular public commentator on science, astronomy, planetary exploration, and the intersection of science and religion. Her popular science writings have appeared in such distinguished publications as the London Sunday Times, The New York Times, the Guardian, Astronomy magazine, the PBS and BBC websites, the Arizona Daily Star, Sky and Telescope, Scientific American, and American Scientist.

Carolyn's research over the past 40 years has ranged across the outer solar system to the interstellar medium. The majority of her time has been spent studying the planetary rings encircling the giant planets and the interactions between rings and orbiting moons. In particular, she has been responsible for the discovery of one of the Neptune ring arcs; for elucidating the behavior of the non-axisymmetric rings and ring edges in the rings of Saturn, Uranus and Neptune; and for predicting in 1993 (along with then University of Arizona graduate student Mark Marley) that acoustic oscillations within the body of Saturn could produce specific wave features in Saturn's rings. This prediction was verified 20 years later using Cassini observations, resulting in the first demonstration that planetary rings could serve as a seismograph and ultimately provide the means to improve knowledge of a planet's internal structure.

Carolyn has also been responsible for leading the Cassini imaging team in a host of seminal discoveries on Jupiter and its ring during Cassini's flyby of that planet in 2000/2001, and on Saturn and its rings and moons since the spacecraft's arrival there in 2004.

In recent years, Carolyn has increasingly turned her attention to the study of Enceladus, the small Saturnian moon whose south polar region was found, in images taken by her Cassini team, to be the site of over 100 tall geysers of icy particles erupting from four distinct, deep fractures crossing the region. This and other Cassini findings point to a sub-surface, salty, organics-rich sea beneath the south polar terrain as the geysers' source, making Enceladus home to the most accessible extraterrestrial habitable zone in the solar system.

Carolyn continues to be active in the presentation of science to the public as the leader of the Cassini Imaging Team. She is the creator/editor of the team's CICLOPS website where Cassini images are posted, and she writes the site's homepage "Captain's Log" greetings to the public. Carolyn is a popular public lecturer and speaks frequently on the Cassini mission and planetary exploration in general. She has appeared at such renowned cross-disciplinary conferences as TED (2009, 2007) and PopTech (2006, 2005). She is the CEO and President of Diamond Sky Productions, LLC.

For the 1997 film "Contact," based on the novel by fellow astronomer Carl Sagan, Carolyn served as the consultant on the main character, Ellie Arroway. In 2008, she was invited by J.J. Abrams, the director/producer of the 2009 release, "Star Trek," to join the film's production crew as a consultant on planetary imagery.

Carolyn was responsible for the proposal to honor the late renowned planetary geologist Eugene Shoemaker by sending a portion of his cremains to the moon aboard the Lunar Prospector spacecraft. She also conceived of the epitaph, engraved on a thin brass foil, which accompanied the ashes to the moon.

Carolyn played instrumental roles in the taking of three iconic photographs of planet Earth from the outer solar system. She participated, along with Carl Sagan, in planning the 1990 "Portrait of the Planets" taken with the Voyager 1 spacecraft, which included the famous Pale Blue Dot image of Earth. Later with Cassini, she and her team took one of Cassini's most beloved images of Saturn and its rings during the planet's solar eclipse, with Earth visible in the distance. And she is the creator of The Day The Earth Smiled, an event that took place on July 19, 2013, when Cassini once again pointed sunward to image Saturn, its rings and the Earth. This time, however, a long-distance photo of Earth was taken with the full advance knowledge of members of the public, who were invited to take part in a day of reflection and celebration of humanity's place in the cosmos.

Carolyn has been the recipient of a number of awards and honors for her contributions to science and the public sphere. She is the namesake of Asteroid (7231) Porco, which was named to honor her work in planetary science. In 1999, she was selected by the London Sunday Times as one of 18 scientific leaders of the 21st century, and by Industrial Week as one of "50 Stars to Watch." In 2009, New Statesman named her as one of the "50 People Who Matter Today." In 2010 she was awarded the Carl Sagan Medal, presented by the American Astronomical Society for Excellence in the Communication of Science to the Public. And in 2012, she was named one the 25 most influential people in space by TIME magazine.

Contact a speaker booking agent to check availability on Carolyn Porco and other top speakers and celebrities. 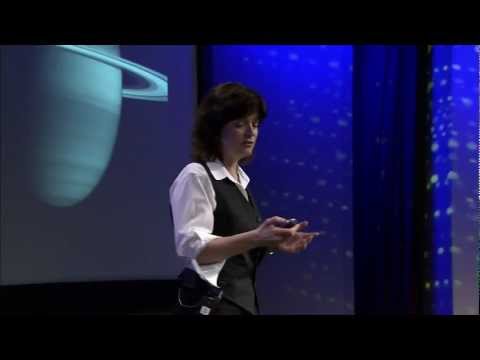 How to book Carolyn Porco?

Our booking agents have successfully helped clients around the world secure talent like Carolyn Porco for speaking engagements, personal appearances, product endorsements, or corporate entertainment for over 15 years. The team at All American Entertainment represents and listens to the needs of organizations and corporations seeking to hire keynote speakers, celebrities or entertainers. Fill out a booking request form for Carolyn Porco, or call our office at 1.800.698.2536 to discuss your upcoming event. One of our experienced agents will be happy to help you get pricing information and check availability for Carolyn Porco or any other celebrity of your choice.

How much does it cost to book Carolyn Porco?

Booking fees for Carolyn Porco, or any other speakers and celebrities, are determined based on a number of factors and may change without notice. Pricing often varies according to the circumstances, including the talent's schedule, market conditions, length of presentation, and the location of the event. Speaker fees listed on this website are intended to serve as a guideline only. In some cases, the actual quote may be above or below the stated range. For the most current fee to hire Carolyn Porco, please fill out the booking request form or call our office at 1.800.698.2536 to speak with an experienced booking agent.

Who is the agent for Carolyn Porco?

All American Entertainment has successfully secured celebrity talent like Carolyn Porco for clients worldwide for more than 15 years. As a full-service talent booking agency, we have access to virtually any speaker or celebrity in the world. Our agents are happy and able to submit an offer to the speaker or celebrity of your choice, letting you benefit from our reputation and long-standing relationships in the industry. Fill out the booking request form or call our office at 1.800.698.2536, and one of our agents will assist you to book Carolyn Porco for your next private or corporate function.

All American Speakers is a "buyers agent" and exclusively represents talent buyers, meeting planners and event professionals, who are looking to secure celebrities and speakers for personal appearances, speaking engagements, corporate entertainment, public relations campaigns, commercials, or endorsements. We do not exclusively represent Carolyn Porco or claim ourselves as the exclusive booking agency, business manager, publicist, speakers bureau or management for Carolyn Porco or any other speaker or celebrity on this website. For more information on how we work and what makes us unique, please read the AAE Advantage.

Carolyn Porco is a keynote speaker and industry expert who speaks on a wide range of topics . The estimated speaking fee range to book Carolyn Porco for your event is $20,000 - $30,000. Carolyn Porco generally travels from Colorado, USA and can be booked for (private) corporate events, personal appearances, keynote speeches, or other performances. Similar motivational celebrity speakers are Viola Davis, Amy Poehler, Amy Schumer, Rashida Jones and Julia Louis-Dreyfus. Contact All American Speakers for ratings, reviews, videos and information on scheduling Carolyn Porco for an upcoming event.

Author & Producer Specializing in Productions about Cosmology and Popular Science

Director of Space Ops at SpaceX, Former NASA Astronaut, Professor of Astronautics Practice at the University of Southern California

Assistant Professor of Computer Science at the California Institute of Technology; Known for the First Visualization of a Black Hole

Actor & Comedian known for "The Usual Suspects" and "The Marvelous Mrs. Maisel"

Grammy-Winning Singer-Songwriter; Known as "The Queen of Christian Pop"