Author of "The Boston Girl"

Diamant was born in Brooklyn, New York in 1951, grew up in Newark, New Jersey until she was twelve years old when her family moved to Denver, Colorado. She graduated from Washington

In 1975, she moved to Boston and began a career in journalism, writing for local magazines and newspapers, including the Boston Phoenix, the Boston Globe, and Boston Magazine. She branched out into regional and national media: New England Monthly, Yankee, Self, Parenting, Parents, McCall’s, and Ms. Her feature stories and columns covered a wide variety of topics, from profiles of prominent people and stories about medical ethics, to first-person essays about everything from politics to popular culture to pet ownership to food.

Diamant also wrote about contemporary Jewish practice for Reform Judaism Magazine, Hadassah Magazine, and jewishfamily.com. Her first book, published in 1985, was The New Jewish Wedding, a handbook that combines a contemporary sensibility, respect for tradition and a welcoming prose style. Five other guidebooks to Jewish life and lifecycle events followed: The New Jewish Baby Book; Living a Jewish Life: Jewish Traditions, Customs and Values for Today’s Families: Choosing a Jewish Life: A Handbook for People Converting to Judaism and for Their Family and Friends; Saying Kaddish: How To Comfort the Dying, Bury the Dead and Mourn as a Jew, and How to Raise a Jewish Child.

In 1997, Diamant published her first work of fiction. Inspired by a few lines from Genesis, The Red Tent tells the story an obscure and overlooked character named Dinah, the only daughter of Jacob and Leah. The Red Tent became a word-of-mouth bestseller thanks to reader recommendations, book groups, and support from independent bookstores. In 2001, the Independent Booksellers Alliance honored The Red Tent as the “Booksense Best Fiction” of the year. The Red Tent has been published in more than 25 countries world wide, including Australia, England, Finland, France, Germany, Holland, Israel, Japan, Korea, Lithuania, Portugal, Spain, and Sweden. In 2014, the novel was adapted as a two-part, four-hour miniseries by Lifetime TV.

Diamant’s second novel, Good Harbor, is a contemporary story that explores the importance of women’s friendships as a source of strength and support through the worst of times: a diagnosis of breast cancer and a foundering marriage. The Last Days of Dogtown is set on Cape Ann in the early 1800s and describes life in a poor, rural community inhabited by widows and spinsters who were suspected as witches, and by freed Africans and orphan children. Day After Night recounts the stories of women who lived through the Holocaust and await the future in a British internment camp in Palestine, before the founding of the state of Israel.

Her new work of fiction is The Boston Girl. Addie Baum is that Boston girl, born in 1900 to immigrant parents who were unprepared for and suspicious of America and its effect on their three daughters. Addie’s intelligence and curiosity take her to a world her parents can’t imagine—a world of short skirts, movies, celebrity culture, and new opportunities for women; a world where women finish high school, go to college, have a career, and find true love. The Boston Girl begins when Addie’s twenty-two year old granddaughter asks, “How did you get to be the woman you are today?”

Contact a speaker booking agent to check availability on Anita Diamant and other top speakers and celebrities. 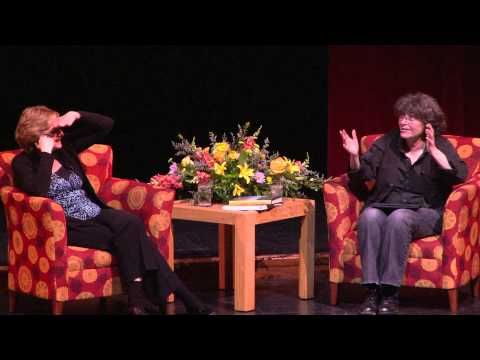 The Boston Girl: A Novel

Day After Night: A Novel

The Red Tent: A Novel

The Last Days of Dogtown: A Novel

How to book Anita Diamant?

Our booking agents have successfully helped clients around the world secure talent like Anita Diamant for speaking engagements, personal appearances, product endorsements, or corporate entertainment for over 15 years. The team at All American Entertainment represents and listens to the needs of organizations and corporations seeking to hire keynote speakers, celebrities or entertainers. Fill out a booking request form for Anita Diamant, or call our office at 1.800.698.2536 to discuss your upcoming event. One of our experienced agents will be happy to help you get pricing information and check availability for Anita Diamant or any other celebrity of your choice.

How much does it cost to book Anita Diamant?

Booking fees for Anita Diamant, or any other speakers and celebrities, are determined based on a number of factors and may change without notice. Pricing often varies according to the circumstances, including the talent's schedule, market conditions, length of presentation, and the location of the event. Speaker fees listed on this website are intended to serve as a guideline only. In some cases, the actual quote may be above or below the stated range. For the most current fee to hire Anita Diamant, please fill out the booking request form or call our office at 1.800.698.2536 to speak with an experienced booking agent.

Who is the agent for Anita Diamant?

All American Entertainment has successfully secured celebrity talent like Anita Diamant for clients worldwide for more than 15 years. As a full-service talent booking agency, we have access to virtually any speaker or celebrity in the world. Our agents are happy and able to submit an offer to the speaker or celebrity of your choice, letting you benefit from our reputation and long-standing relationships in the industry. Fill out the booking request form or call our office at 1.800.698.2536, and one of our agents will assist you to book Anita Diamant for your next private or corporate function.

All American Speakers is a "buyers agent" and exclusively represents talent buyers, meeting planners and event professionals, who are looking to secure celebrities and speakers for personal appearances, speaking engagements, corporate entertainment, public relations campaigns, commercials, or endorsements. We do not exclusively represent Anita Diamant or claim ourselves as the exclusive booking agency, business manager, publicist, speakers bureau or management for Anita Diamant or any other speaker or celebrity on this website. For more information on how we work and what makes us unique, please read the AAE Advantage.

Anita Diamant is a keynote speaker and industry expert who speaks on a wide range of topics . The estimated speaking fee range to book Anita Diamant for your event is $5,000 - $10,000. Anita Diamant generally travels from Massachusetts, USA and can be booked for (private) corporate events, personal appearances, keynote speeches, or other performances. Similar motivational celebrity speakers are Viola Davis, Amy Poehler, Amy Schumer, Rashida Jones and Julia Louis-Dreyfus. Contact All American Speakers for ratings, reviews, videos and information on scheduling Anita Diamant for an upcoming event.

Cook and Author of the "Kosher by Design"

Author of Bestselling Novel, "The Nest"

Former Editor in Chief of Seventeen Magazine, Author of "The Big Life"