Actor, Director & Author; Best Known as Gollum in the Lord of the Rings Trilogy

Andy Serkis is an actor, director and author, best known as Gollum in the "Lord of the Rings" trilogy. He has portrayed other notable CGI characters, such as King Kong in "King Kong," Caesar in the "Planet of the Apes" franchise, Captain Haddock in Steven Spielberg's "The Adventures of Tintin," and "Supreme Leader Snoke in Star Wars: Episode VII - The Force Awakens."

Serkis is also a noted director, having led projects such as "Mowgli," created through the The Imaginarium, which he co-founded with producer Jonathan Cavendish, and "Venom 2," following the Tom Hardy-led "Venom."

For the first ten years of his life Andy Serkis used to go backwards and forwards between Baghdad and London. His mother was busy working as a special education teacher of handicapped children, so Andy and his four siblings were raised with au pairs in the house. Young Andy Serkis wanted to be an artist; he was fond of painting and drawing, and visualized himself working behind the scenes in productions.

Serkis studied visual arts at Lancaster University in the north-west of England. There he became involved in mechanical aspects of the theatre and did stage design and set building for theatrical productions. Then Serkis was asked to play a role in a student production, and made his stage debut in Barrie Keefe's play 'Gotcha'; thereafter he switched from stage design to acting, which was a real calling that transformed his life.

Instead of going to an acting college, in 1985 Serkis began his professional acting career at the Duke's Playhouse in Lancaster, where he was given an Equity card and performed in fourteen plays one after another, as an apprentice of Jonathan Petherbridge.

After that he worked in touring theatre companies, doing it for no money, fueled by a sense of enthusiasm, moving to a new town every week. He has thus appeared in a host of popular plays and on almost every renowned British stage. In 1989 he appeared in a stage production of Shakespeare's 'Macbeth', so beginning his long association with the Royal Exchange Theatre, Manchester, where he would return many times to appear in 'She Stoops to Conquer', 'Your Home in the West' and the 'True Nature of Love' among other plays.

In the 1990s Serkis began to make his mark on the London stage, appearing at the Royal Court Theatre as the Fool in 'King Lear', making his interpretation of the Fool as the woman that Lear, a widower, could relate to - a man, in drag, as a Victorian musician. He also appeared as Potts in the hit play 'Mojo', playing in front of full houses and earning huge critical success. In 1987, Serkis made his debut on television, and he acted in several major British TV miniseries throughout the 1990s.

In 1999, Andy Serkis landed the prize role of Gollum in Peter Jackson's epic film trilogy based on J.R.R. Tolkien's saga 'The Lord of the Rings'. He spent four years on the part and received awards and nominations for his performance as Gollum, a computer generated character in The Lord of the Rings: The Return of the King (2003) which won 11 Oscars.

Serkis also used this art form in his performance as Kong in King Kong (2005), which won him a Toronto Film Critics Association Award (2005) for his unprecedented work helping to realize the main character in King Kong, and a Visual Effects Society Award (2006) for Outstanding Animated Character in a Live Action Motion Picture.

Apart from his line of CGI-driven characters, Serkis continued with traditional acting in several leading and supporting roles, such as his appearances as black-market arms dealer Ulysses Klaue in the hit film "Black Panther," as Richard Kneeland opposite Jennifer Garner in "13 Going on 30," and Alley opposite David Bowie in "The Prestige," among other film performances. On television he starred as Vincent Van Gogh in the sixth episode of "Simon Schama's Power of Art,"the BBC2 series about artists.

He played Capricorn in the adventure film "Inkheart" and also starred as King Bothan in the martial arts drama "Heavenly Sword," a Playstation 3 title, for which he provided a basis for his in-game face and also acts as a dramatic director on the project.

Serkis married actress and singer Lorraine Ashbourne, and the couple have three children: daughter Ruby, and two sons Sonny and Louis George. Away from acting, Serkis is an accomplished amateur painter. Since his school years at Lancaster, being so close to the Lake District, Serkis developed his other passion in life: mountaineering.

Serkis has been active in charitable causes, such as The Hope Foundation which provides essential life-saving medical aid for children suffering from Leukaemia and children from countries devastated by war.

Contact a speaker booking agent to check availability on Andy Serkis and other top speakers and celebrities. 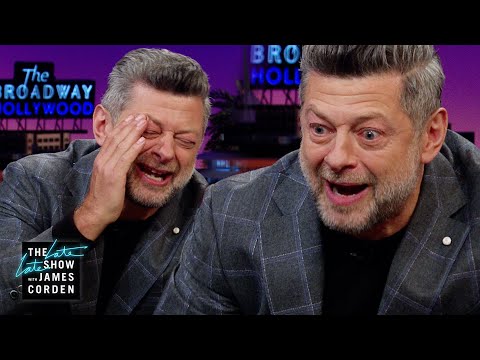 How To Do a Perfect Gollum w/ Andy Serkis 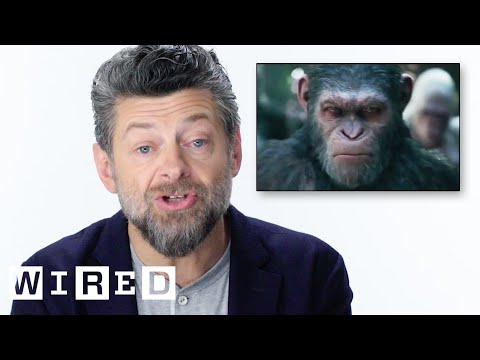 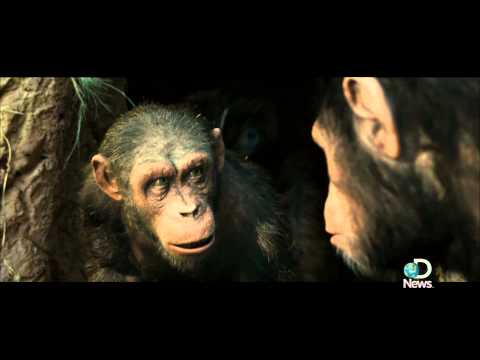 Gollum: A Behind the Scenes Guide of the Making of Gollum (The Lord of the Rings)

How to book Andy Serkis?

Our booking agents have successfully helped clients around the world secure talent like Andy Serkis for speaking engagements, personal appearances, product endorsements, or corporate entertainment for over 15 years. The team at All American Entertainment represents and listens to the needs of organizations and corporations seeking to hire keynote speakers, celebrities or entertainers. Fill out a booking request form for Andy Serkis, or call our office at 1.800.698.2536 to discuss your upcoming event. One of our experienced agents will be happy to help you get pricing information and check availability for Andy Serkis or any other celebrity of your choice.

How much does it cost to book Andy Serkis?

Booking fees for Andy Serkis, or any other speakers and celebrities, are determined based on a number of factors and may change without notice. Pricing often varies according to the circumstances, including the talent's schedule, market conditions, length of presentation, and the location of the event. Speaker fees listed on this website are intended to serve as a guideline only. In some cases, the actual quote may be above or below the stated range. For the most current fee to hire Andy Serkis, please fill out the booking request form or call our office at 1.800.698.2536 to speak with an experienced booking agent.

Who is the agent for Andy Serkis?

All American Entertainment has successfully secured celebrity talent like Andy Serkis for clients worldwide for more than 15 years. As a full-service talent booking agency, we have access to virtually any speaker or celebrity in the world. Our agents are happy and able to submit an offer to the speaker or celebrity of your choice, letting you benefit from our reputation and long-standing relationships in the industry. Fill out the booking request form or call our office at 1.800.698.2536, and one of our agents will assist you to book Andy Serkis for your next private or corporate function.

All American Speakers is a "buyers agent" and exclusively represents talent buyers, meeting planners and event professionals, who are looking to secure celebrities and speakers for personal appearances, speaking engagements, corporate entertainment, public relations campaigns, commercials, or endorsements. We do not exclusively represent Andy Serkis or claim ourselves as the exclusive booking agency, business manager, publicist, speakers bureau or management for Andy Serkis or any other speaker or celebrity on this website. For more information on how we work and what makes us unique, please read the AAE Advantage.

Andy Serkis is a keynote speaker and industry expert who speaks on a wide range of topics . The estimated speaking fee range to book Andy Serkis for your event is $30,000 - $200,000. Andy Serkis generally travels from London, UK and can be booked for (private) corporate events, personal appearances, keynote speeches, or other performances. Similar motivational celebrity speakers are Viola Davis, Amy Poehler, Amy Schumer, Rashida Jones and Julia Louis-Dreyfus. Contact All American Speakers for ratings, reviews, videos and information on scheduling Andy Serkis for an upcoming event.

How To Do a Perfect Gollum w/ Andy Serkis

Rise of the Planet of the Apes' Serkis Becomes an Ape 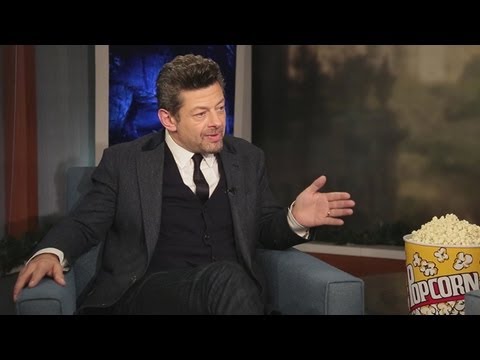 The Hobbit's Gollum: Andy Serkis Interview Focuses on Being a ... 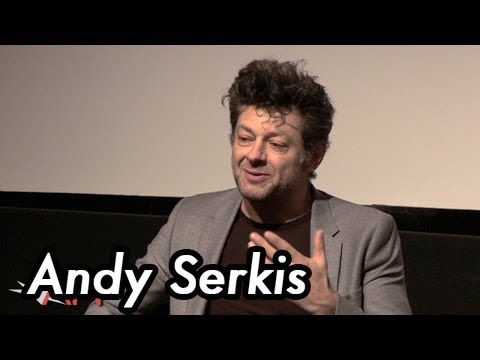 Actor, Best Known for "Brotherhood" and "The Great Gatsby"